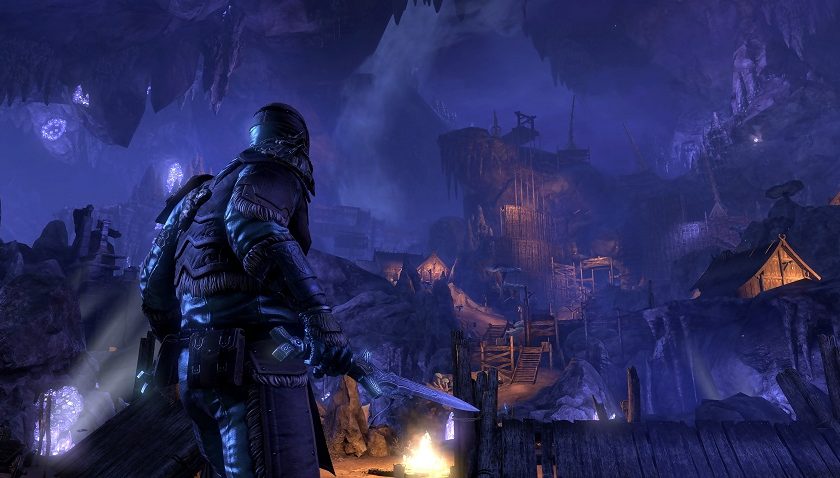 Antiquing through the Dark Heart of Skyrim

Growing up, I remember going on trips with my mum and dad to the tip. We’d call it shopping at ‘Le Gar-bagè’, and the goal was simple — we’d find stuff that wasn’t entirely broken or soiled, we’d chuck it on my dad’s ute, and over the next few weekends he’d fix it up and my mum would restore it. Then they’d sell the finished goods at the markets. That’s probably the closest I ever got to ‘going antiquing’ — on the production side of it.

But the concept has always made sense all the same. It’s not for me, but I love seeing what people find at Super Potato when they head to Japan, or when they add a new favourite to their comic collection or pull a great card in Magic The Gathering. There’s something simple and wholesome about the hunt for something of immense personal value that I love.

Which is why I was always kinda disappointed with Archaeology in World of Warcraft. Like so many people my immediate relationship to archaeology is via Indiana Jones (by way of Jurassic Park), so the simplistic hotter-colder gathering profession didn’t cut the mustard. It was too uninvolved, a mind-numbing time-waster. It wasn’t about hunting down lost treasures so much as it was about providing yet another treadmill for players to run on.

That’s not the case with Antiquing in The Elder Scrolls Online. The newest profession, coming to the Elder Scrolls MMO with the Greymoore Chapter this June, is part treasure hunt and part dig site. It’s as much about finding the item as it is about the gear itself.

While others were digging deep into the brand new 12 Man Trial ‘Kyne’s Aegis’ or delving deep into the depths of Blackreach — which comprises of some 40% of Greymoor’s landmass — I was scrying, travelling and then digging up long-forgotten curios by way of the newest profession in the game. And it’s great fun, too.

I’m not going to pretend like it’s what I wanted to be doing with my time. We only had a week to get our hands-on as much Greymoor content as possible — a difficult task at the best of times. But ESO is a multiplayer game, best experienced with a group, and the group of people I was playing with weren’t on all at the same time.

And if anything, this actually gave me an even greater appreciation of Antiquities.

I’ve spent a lot of time in MMOs not doing really… anything. The waiting game is a big part of why I fall off a lot of MMOs. Be it waiting for the DPS queue to pop, or treading water while my guildmates get online for the raid (only eight minutes late, a new record!) or just killing time while the group’s tank goes to grab dinner, there’s a lot of downtime where I find myself doing nothing. Generally, I spend this time speculating on the Auction House, but it’s hardly the most engaging way to spend your time.

Antiquities works to solve this issue by giving solo players something to do. Or, something more to do, anyway.

Elder Scrolls Online already has some of the best writing out of any MMO, which makes it a worthwhile playing experience for anyone interested in the ancient lore of games like Morrowind, Oblivion and Skyrim. And thanks to the level scaling system, you can already play on your own without having to worry about outpacing your friends (or them outpacing you) in levels. Massive world bosses attract dozens of players all eager to help one another in pursuit of loot, and the quests are designed so that overlapping never wastes anyone’s time.

So playing on your own is totally already viable. But Antiquities is the perfect time killer for people who always find themselves waiting to play with others.

It’s deeply tied to Greymoor, too. The Antiquities Guild is located in Solitude, the central city in Greymoor (and the new starting zone for players, so easy to get to if you’re a fresh player). Once there, they’ll take you through the basics and then unleash you on the world, ready to find all sorts of goodies. There are furnishings and decorations for your housing, emotes and other cosmetics, enchants, a siege weapon, a mount and new Mythic Items. This brand new item type conveys huge bonuses (but also come at a substantial cost to equip).

There are two parts to Antiquing in Elder Scrolls Online. First, you scry. You’re presented with a map, and on the map are six glowing hexes separated by dozens of other hexes — all of them filled with symbols. All you need to do is connect the hexes by making a path between them. Adjacent identical symbols connect with one another, so the best way to create a path in the turns allotted is to find as many identical symbols as possible and to chart your path using those.

For example, if you have five symbols that look like crow beaks squawking at each other (this is some real Rorschach test stuff), then just one click will link five hexes. It’s difficult to explain, but unbelievably simple to understand once you do it. And because you’ve got infinite time but limited turns, the harder scrying puzzles turn into absolute head-scratchers.

Once there, the digging begins. Digging is basically a singleplayer Battleships game. You ping on the map, and once you get a green ping, you’ll know to dig there. The challenge then is to uncover the treasure before, again, your turns run out.

Once again, it’s simple but engaging. Antiquities involves a pair of mini-games that require actual effort from the player to solve, making it both fun and rewarding when you play it.

What I played on the preview server was not the finished product by any means, but it worked well, and it was a fun excuse to travel across Tamriel. It reminded me of my time spent playing Skyrim, farting about way off mission, doing anything but the immediate task at hand. It was an excuse to get myself into trouble, to explore areas I hadn’t yet been to and to kill some time while I waited for my group to come online.

Antiquities won’t be a part of The Elder Scrolls Online until Greymoor launches in June, but now’s a pretty good time to jump into ESO. The prequel questline DLC Harrowstorm is out now, with dungeons which lead directly into Greymoor when it launches. But better still, you’ll have an opportunity to experience Tamriel, to uncover the world and to learn the ropes before Greymoor launches.

Joab Gilroy is the Esports Editor at Red Bull AU and co-host of The GAP, Australia’s longest-running games podcast.