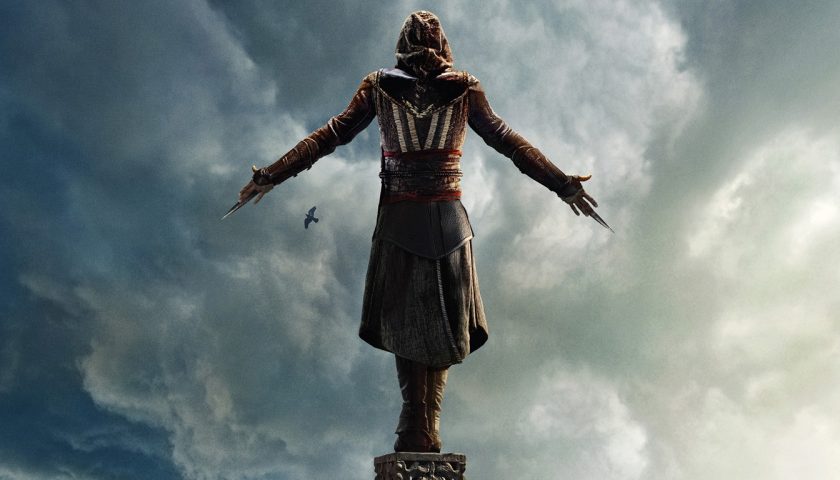 We are all a bit stuck at the moment, not able to go anywhere, boredom slowly taking over our souls. What we need is a big, epic video game series with tonnes of stuff to do, people to stab and strange secrets to find. We need Assassin’s Creed. I am a big fan of the franchise and while it has had some very low lows, the highs are some of my favourite gaming experiences in recent memory. So I have looked at all 13 of the main games (and countless spin-offs) and managed to put together my Top 5 Assassin’s Creed games to give you, the bored, housebound individual, something to tackle to keep your spirits up.

Ye Olde London is the setting for this merry jaunt and even though it is choked with the black smoke of the industrial revolution, it is still a breath of fresh air compared to the stodgy AC Unity that came before it. Jacob and Evie Fry are the stars of the show, twin assassins that are immediately likeable and interesting. Syndicate also streamlined some of the mess that had crept into the franchise and focused on telling a rollicking tale that featured the likes of Florence Nightingale and Charles Dickens. A thoroughly enjoyable adventure that shed itself of an excess of baggage and just focused on giving players a good time.

Assassin’s Creed tested the waters, but Assassin’s Creed 2 perfected the formula. Taking the repetitive nature of the first game and replacing it with a more story-focused mission structure was a masterstroke and showed once again that Ubisoft is one of the best companies out there when it comes to listening to players. Ezio was a dashing and likeable lead character that became so popular he had two more full adventures, the only character in Assassin’s Creed history to have that honour. Assassin’s Creed 2 really set the template for the franchise for quite a long time and was one of the best games to come out in 2009. Thanks to recent collections being released by Ubisoft, it is still great to play today on modern hardware.

Assassin’s Creed 2 set the template but Assassin’s Creed: Origins was the game that threw that template in the bin. After seeing the success of The Witcher 3, Ubisoft decided that the franchise was better off heading in a grand RPG direction and Origins was the first step towards that. Following the story of Bayek, an Egyptian Medjay who was wronged by a secretive cult, Origins really took everything from the franchise in a new direction. The game still featured series staples like synchronising points and diving into hay bales, but everything else had changed significantly. A completely new combat system, RPG skill trees and grand quest lines were the highlights. Origins was a resounding success and a wonderful reinvention of the franchise that set the series on a path that will keep it relevant for years to come.

Look Pirates are cool and while there are some great pirate games out there (Sid Mier’s Pirates and Sea of Thieves come to mind) personally the best swashbuckling experience you can buy is Assassin’s Creed: Black Flag. I remember being so down on the franchise after AC III that I gave Black Flag no chance of being any good. Boy was I wrong. Edward Kenway was a loveable scallywag that finds redemption through the creed and steals a whole lot of gold in the process. The real star of this game though is the setting. The stunning Caribbean brought to life in a way no game had done before (or since.) Black Flag also added a brilliant naval battle system that became an addiction for many. I am still playing this game today thanks to a timely Switch release and it hasn’t lost any of its charm or appeal over the years, a wonderful title without doubt.

What do I say about Odyssey? Well, firstly it is one of my favourite games of this generation. Secondly, it took the formula laid out in Origins and perfected it. There is no doubt that Odyssey is first and foremost an RPG, not an action-adventure game. There are multiple dialogue choices, factions, skill trees, crafting and a world so big, yet so full of life that it is easy to get lost in the best ways. Finally, Odyessy is the first game in the franchise to really dive into the sci/fi element that has always been present but never really explored well. This is the game that finally makes sense of all that precursor mumbo jumbo that has been littered throughout the franchise. To top it all off I fell a little in love with Kassandra, her attitude, her approach and her brilliant voice acting makes her my favourite character in the entire series. It took me over 100 hours to finish Oydessy and its DLC and frankly I enjoyed it so much I am thinking of starting it again. If this is the direction of the franchise for the future, well consider me a fan for a long time to come.

So there you have it, my favourite games in Ubisoft’s prolific franchise. The best part of it all, these 5 games still play wonderfully today and are often on sale for cheap on both PC and modern consoles so they are the perfect antidote for isolation blues. So why not dive into the nearest hay cart and stab a nearby thug? Who knows, you might even like it?