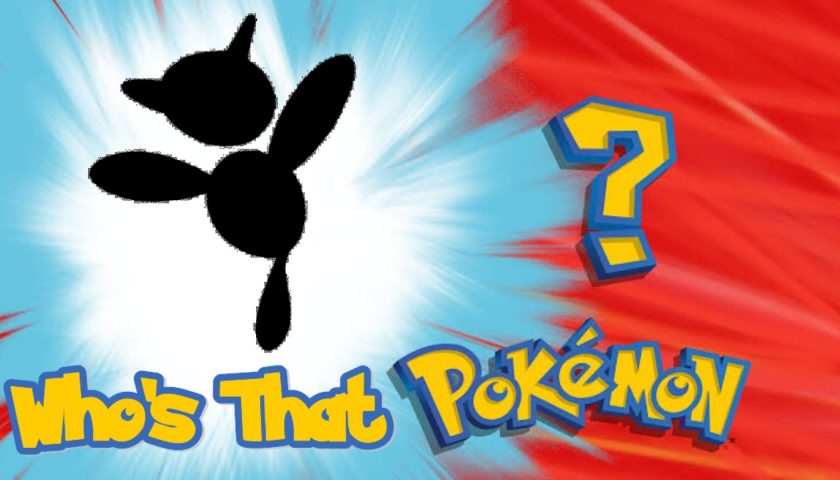 Pokedex Entry: “Additional software was installed to make it a better Pokémon. It began acting oddly, however.” (Pokemon Diamond/Pearl)

Porygon-Z would easily be one of my top 10 favourite Pokemon. I have happy memories of grinding enough coins to buy a Porygon from Celadon’s Game Corner, learning it’s origins of being a man-made computer program and utilizing its diverse move pool teaching it everything from blizzard to thunderbolt. But there is one thing in particular why Porygon-Z sticks out to me so much.

When I was getting into (somewhat) competitive battling over Nintendo Wi-Fi Connection one of my pride and joys was my Porygon-Z. This was before I knew about the effect natures had on a Pokemon’s stats, so I went with the jolly nature. After a battle with a friend of mine from Aussie-Nintendo (a great community I was apart of during the mid 2000’s) he asked me why an earth I gave my Porygon-Z a jolly nature. Honestly, I just thought the idea of a happy and energetic Porygon-Z would be a nice thing to have. It didn’t take long for him to inform me what natures to and how they affect the Pokemon’s stats and role they play in battle. The jolly nature increases speed by 10% and lowers special attack 10%. The latter which is Porygon-Z’s most important stat.

The relationship between myself and Porygon as a Pokemon has always been somewhat of a stagnant one. On one hand, Porygon is themed around the process of moving up in generations to something new, and on the other, it’s a polygonal duck with not much going for it for the first few generations of Pokemon. Without delving too much into it here, Porygon in itself is relatively bland, but arguably got hit with the “Total upgrade” stick in generation 4 with Porygon-Z.

I think when generation 3 rolled around we were all a little disappointed for our bit-jumping cyberduck. Not much going for it, a missing evolution and just overall missing it’s presence until Fire Red / Leaf Green. Once DPP and the “Generation 1 evolution crew” rolled around however it became one of the most interesting designs to come out of returning Pokemon that generation.

To put it bluntly, Porygon-Z is a glitchy mess. A cool one. Not only has it suffered a glitchy software upgrade but it looks the part too, and has access to some cool competitive moves and a pretty decent stat spread for what it’s worth. As someone who has had a fascination with computers my whole life it came at a very ironic time of being introduced a month before Windows Vista; effectively being a precursor of what kind of horror would be released in just a month’s time. Thinking back on it like that, it was almost as if Game Freak had the answer to time travel hiding in their headquarters or something…

That being said, Porygon-Z is a damn cool ‘mon. It effectively brought Porygon as a species back into the limelight as a whole and was definitely a welcome addition to everyone’s team. I don’t know if there is an intended future for a new Porygon evolution to exist, but honestly, I’d be more than happy if it stayed as the glitchy Vista duck for the rest of its life.

I was always a lover of Porygon in Red/Blue and considered it a really pleasant shock when I discovered whilst playing Silver for the first time that Porygon could evolve. I figured that was it for the Porygon family and when I dropped off Pokemon for a couple of generations (IV and V) I missed the emergence of a new Porygon evolution.

To this day I still have not gone back to Diamond/Pearl, and so the only experiences I’ve had of Porygon Z stem from my many years of Pokemon GO and then via Pokemon X & Y when I returned to the franchise. It’s great to see how that family has developed and I’m intrigued to see if it goes further.

A shame we’ve not seen it feature prominently in a Pokemon anime episode, but I can understand that the folk behind that might be a bit gun shy after the calamity that was the “that Porygon episode” many moons ago. I for one thing that Porygon Z, and its kin are primed for a return… maybe without the photosensitive epilepsy and seizure issues though this time!

What even is this smooth crazy floaty thing? Nah I kid, Porygon Z is cool, I guess? I’m sure it exists and people like it and it’s not just a fever dream I had one night. I’m not going to lie, I don’t have much attachment to this weird appliance from the future or its family of evolutions. I remember working really hard to get Porygon in Pokemon Yellow but then finding out it was just like a computer had an error and 3D printed an accident? I felt bad. Porygon Z is either the final realisation of that accident as it slowly descended into sheer insanity over what it was or it’s a self realised final form. For Porygon’s sake, I really hope it’s the latter.