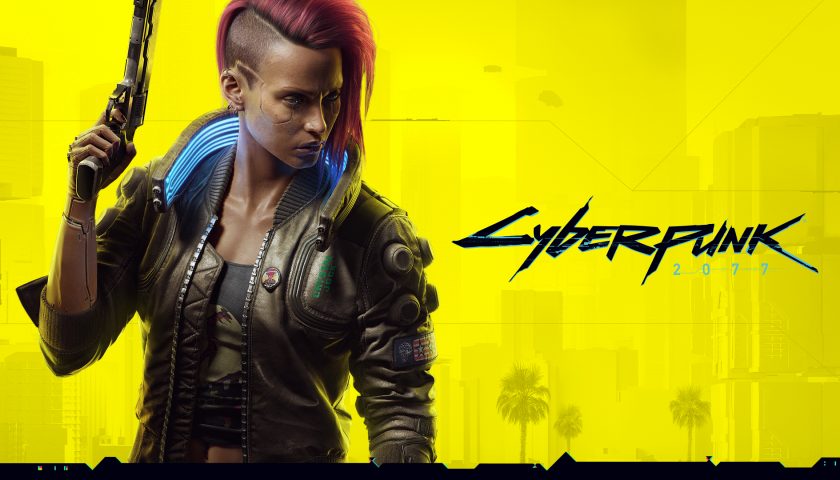 I booked leave for Cyberpunk 2077. Literally a day before it got delayed. So now I have a week off and no cybers to punk. To ease this bug in the system, CD Projekt week last week hopped on the PR treadmill and put in some serious miles to bring us two big things. The first is a brand-new trailer, showcasing some cool things in the cool game we have to wait until AFTER our leave to play. The second is a new Netflix show set in the Cyberpunk universe. Let’s look at each of these in more detail:

In order to get us salivating for this open-world RPG, the new trailer gives us a look at the beginnings of V’s career. I’m not sure about you, but I had to watch it through splayed fingers because I kinda don’t want to know much about Cyberpunk 2077 other than I really hope it’s like Deus Ex and GTA 5 having a baby. But from what I could tell through the slit of my index and middle finger, the world looks incredibly well realised, with a density that should keep NPC-hasslers very happy for years to come.

The game will now be available November 19th for PC, Xbox One and PlayStation 4, with a free upgrade coming later for those who buy an Xbox Series X or PlayStation 5.

The other cool news is that a new Netflix anime series, set in the same universe as the game, will be coming in 2022. I know that seems like some sci-fi future date, but steel yourself – it’s only eighteen months away! I know – crazy scary!

Edgerunners will be a 10-episode story about “a street kid trying to survive in a technology and body modification-obsessed city of the future. Having everything to lose, he chooses to stay alive by becoming an edgerunner—a mercenary outlaw also known as a cyberpunk.”

What does get my geek-senses-tingling is that the team at CD Projekt Red has actually been working on the series since 2018. I don’t know if you remember the cut scenes from The Witcher 2 and 3, but they were some of the best I’ve ever seen, so I’m hoping for some really cool action sequences.

Other collaborators on the series include animation by Japan-based Studio Trigger (who have made lots of impressive-sounding shows I’ve never heard of or watched) and an original score composed by Akira Yamaoka, who the press release informs me spread some notes for the Silent Hill series. A pretty good-looking combo all round.