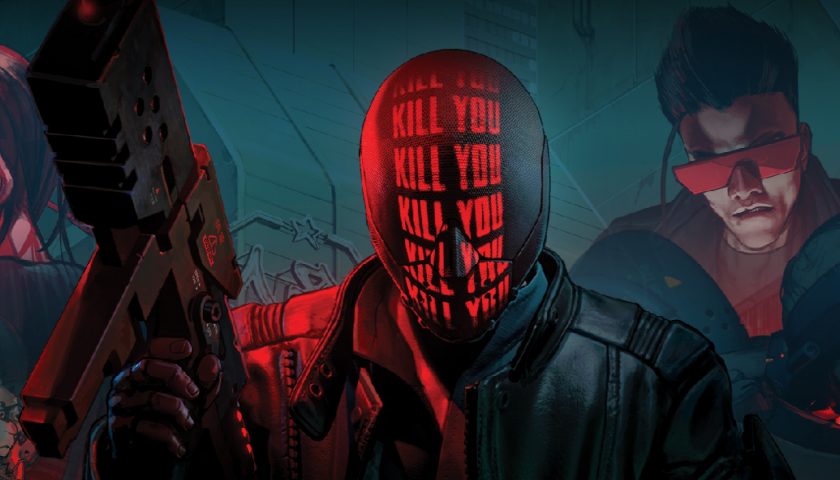 It’s been almost three years since cyberpunk twin-stick brawler Ruiner launched on PC, gaining a positive review from Player 2 in the process. Since that point in time, the Switch has gone on to be regarded as an excellent platform for giving a second life to older indie titles, especially those with more modest hardware requirements. Ruiner fits the bill perfectly, so it’s no surprise that publisher Devolver Digital saw fit to port it.

Dripping with influence from Blade Runner, Akira and a multitude of other proto-cyberpunk visual touchstones, Ruiner focuses on a cybernetically enhanced nameless protagonist fighting against the insidious HEAVEN megacorporation in the search for his missing brother. This is mainly accomplished by smearing enemies across the floor of various industrial looking locations, a task that is made all the more joyful thanks to the approach developer Reikon Games took to combat; demanding, yet flexible. A relaxed approach to skill tree systems means that players can pivot their approach on a dime, as no points are ‘locked in’ once spent. This flexibility means that, especially on higher difficulty settings, there really is no quarter given to the player – get good, get creative or drop it down a notch.

Such an action-heavy game could have easily faced compromise when moving over to the Switch, but Ruiner rarely misses a beat. The frame rate is steady during combat, with some drops transitioning between cutscenes and play which didn’t affect my overall experience in the slightest. Handheld mode is crisp and clean with a slight increase in image softness when moving to the dock which isn’t as apparent on the much smaller Switch screen. The control system works well and won’t aggravate anyone who doesn’t already have issues with the size and button placement of the Joy-Cons; if you’re a Pro Controller evangelist, Ruiner won’t be convincing you otherwise. One issue I did have is that the default sensitivity setting of the right stick seemed a bit low to begin with – a simple tweak in the settings made short work of that, though.

Also in its favour is the bite-size nature of encounters in Ruiner, which make it perfect for short bursts of play on a handheld – you might not have time to finish a level on your commute, but even five minutes can provide satisfying progress. For fans of twin-stick shooters who are looking for something a bit darker on the Switch store, Ruiner is well worth checking out.