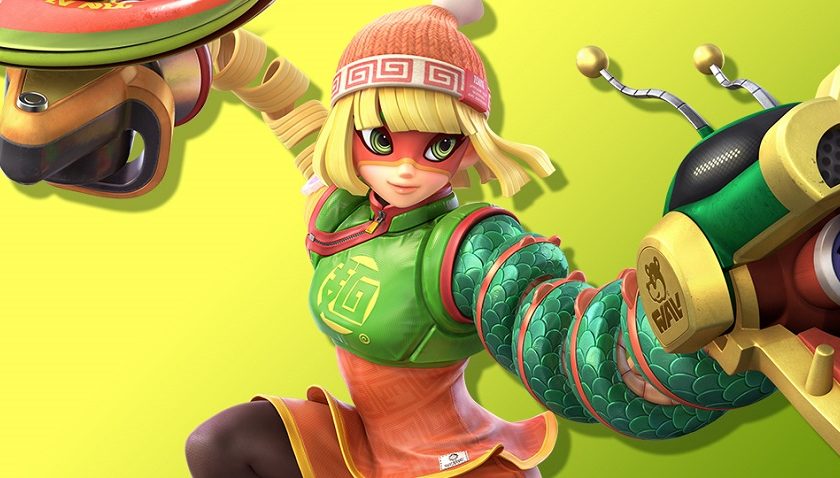 Min Min, the ramen-loving fighter from fighting game ARMS is the latest playable DLC character announced for Super Smash Bros. Ultimate, bringing the roster to 81, along with plenty of new content.

In a unique Nintendo presentation recorded from Masahiro Sakurai’s house, where he showed off his impressive gaming setup, the Ultimate director spoke candidly about coronavirus impacts in Japan in addition to the latest fighter.

Within the ARMS universe, Min Min is an 18-year-old employee at the Nintendo Noodle House who also competes as a fighter in the ARMS Grand Prix. Unique to all fighters from the ARMS series, Min Min attacks with independently-controlled extendable ARMS. Her signature weapons come in the form of the fiery Ramram, the electrified Megawatt, plus a laser-firing Dragon ARM.

In a radical shake-up to the Smash Bros. formula, Min Min’s ARMS are controlled separately by using ‘A’ and ‘B’ to the left and right ARMS respectively. Normally, ‘A’ is used for standard and smash attacks, and ‘B’ for special moves. However, Min Min appears to require extra dexterity with the controls, as both ARMS can be fired simultaneously, even in opposite directions. By pressing ‘down + B’, Min Min swaps between the Ramram and Megawatt in her right ARMS slot. The Ramram is speedy and has a wide attack arc, while the Megawatt is more powerful but slower. Alternatively, Min Min can dual-wield the Dragon ARMS that serve capably as crowd control, as opposed to packing knockout power.

Finally, Min Min wields ARMS Rush as her Final Smash, summoning every fighter from the ARMS roster to unleash a barrage of punches upon anyone caught in the attack.

Amusingly, Sakurai-san shared that Min Min was the chosen ARMS character simply because Kosuke Yabuki, director of ARMS, requested her inclusion. Prior to the announcement, speculation centred around Spring Man or Ribbon Girl as the potential fighter, as they adorn the game’s cover art and feature heavily in promotional materials. Additionally, Sakurai-san mentioned Ninjara as a potential character before Min Min was confirmed. However, Yabuki-san is quoted as saying “[every playable ARMS character is] the protagonist”, addressing the perception that Spring Man or any other character was the lead.

In addition to Min Min, anyone who purchases the ‘Super Smash Bros. Ultimate Fighters Pass Vol. 2’ or ‘Challenger Pack 6’ will also receive the Spring Stadium stage and 18 new pieces of in-game music from ARMS. This will go live next week on 30 June for buyers of the DLC.

Also, as reported by Vooks, Joker from Persona 5 and the Hero from Dragon Quest 11 will be available amiibo figures, continuing the trend of every Smash Bros. character releasing as an amiibo.

For those interested in playing as Min Min, you can purchase her via the second Fighters Pass for AUD$39, or separately for $7.80 on 30 June.