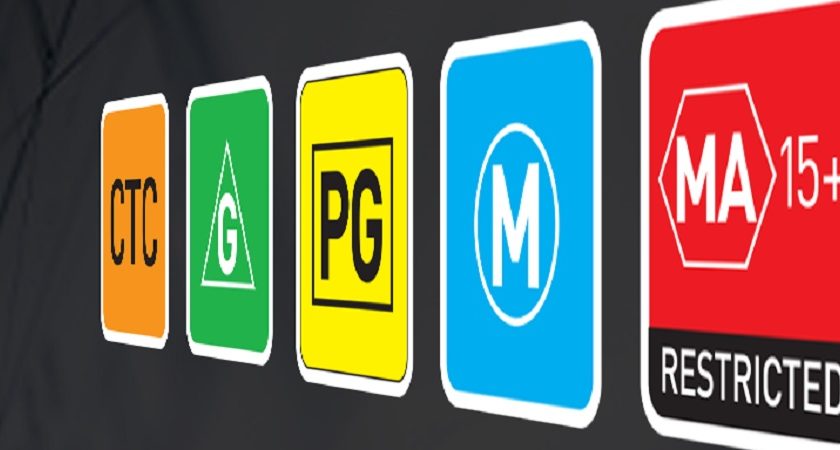 Navigating life as a gaming parent is tough, so our Editor Matt decided to take on the challenge of writing about it in a long-form format. Welcome to the first part of this epic work from Matt, we hope you enjoy it and you can expect new parts every two weeks. It is also worth noting that Matt wrote this with people that may not understand video games in mind, so feel free to share with your friends and family that are a little lost in this era of gaming and tech. You can catch up on the previous chapter here:

My Kids Stole My Controller: Chapter 4 – The Ratings Game

We have wandered into the realm of appropriate material, so I guess it’s time to tackle those whopping big stickers on the front of the video game box: the ratings. This is a little bit of a confusing topic thanks to our government’s somewhat backward, uneducated views on gaming (and by backwards I mean that Fred Flintstone is more up-to-date than our ruling body), so, please – stay with me and hold any questions until the end. I would hate to go over this topic again for those not paying attention up the back. Alright then *straightens tie*, are we all ready?

In the not-so-distant past, the Australian games rating system consisted of a G, PG, M and MA15+ rating scale. Notice something missing? Yup, despite there being one for movies, TV and music, there was no R18+ rating for video games. Seems a little crazy, right? Especially when you take into account at the time the average age of a gamer was around 32. Clearly, there was a disconnect between official policy and the current reality of the medium. In the government’s eyes, video games were still for kids and didn’t need an R18+ rating, despite a growing mountain of evidence to the contrary. In fact, according to the recent Digital Australia report put together by Bond University and IGEA Australia and New Zealand, 78% of gamers are over 18 and the average age of gamers is 34 years old, so it seems only logical that games are designed to appeal to a mature market.

The other problem that this created was that games that probably should have been R18+, games such Grand Theft Auto, were sneaking in under the MA15+ age bracket, despite being titles that were clearly made for adults. In essence, we had a broken system that resulted in some games being banned, despite a larger percentage of gamers being well and truly mature enough to handle them, while at the same time not even protecting the children (the call of certain politicians throughout the R18+ debate) thanks to games sneaking through under a lighter rating. Honestly, it was a failure of a system that didn’t cater to either side of the fence very well.

But, in 2012, that all changed with the introduction of an R18+ rating in Australia. It hasn’t solved all of the problems – there is still a line being drawn between interactivity and impact despite this having been disproven on multiple occasions thanks to exhaustive university studies, and, for some reason, if a game features any real world drugs it will still quite often get banned despite the fact that you could freely watch Trainspotting after you’re done reading this chapter. All that said, the rating system is now in a much better place than it was. It is now at least an acceptable tool for parents to use when tackling the tricky issue of discovering what is and isn’t appropriate for their kids.

Here comes the kicker: should you ignore the ratings, steadfastly follow the ratings, or come to some happy point in between? This is once again an area that is totally dependent on you and your children. The rating system is a good guide. If you are a grandparent looking to buy a game for little Johnny at Christmas and you follow the rating system, you would be in safe territory. It is highly unlikely that you will purchase a game that is inappropriate for your child if you follow this guide, especially in the G/PG/M areas. Things get a little murkier around the MA15+ level, though. This is where just blindly following a sticker on a box could find yourself sailing into muddy waters.

What is the solution to this confusion? Education, of course. I know that I have already said this. I know. I get it. But I can’t stress enough how far a little bit of research can go when shopping for video games for your kids. Checking out the game on YouTube is one of the best ways to determine if a game is suitable for your little one, or not. Yes, YouTube is chock full of horrible, horrible people and themes, but there is no denying that it can also be a wonderful place to learn. Simply pop the name of the game into the search bar and I can guarantee you that you will have dozens, if not hundreds of videos to check out, all of which will give you a good indication of content within the game in question. Just a word of warning:  the aforementioned horrible people are literally everywhere on YouTube so pick the video you watch with some care. A little hint I use is to look for gameplay videos from official (i.e the developers or publishers) channels or from a website that you trust. That way you will avoid the misogyny, racism, discrimination and downright nastiness that seems to ooze out of every corner of YouTube.

The next thing you can do to educate yourself is to find a website or gaming publication that has a similar world view as your own. There are thousands of sites out there, run by people from all walks of life, that offer reviews, previews, videos and information on video games. These people live and breathe games, and most of the time write about them for very little in the way of compensation. This means that every word on their virtual pages exists because of their passion – and I should know. I am one of them. Finding a site that aligns with your own outlook will not only guide you in the right direction regarding buying games, but it will also alert you to developments in video games, help you make informed choices on hardware and subscription services and guide you in using some of that daunting technology for yourself. I am not saying you have to be scouring these sites daily, but checking in every now and then will help to keep you abreast of everything happening in this fast-paced field.

Finally, the most daunting, yet potentially most rewarding advice I can offer in this area is to simply play games. For a lot of you out there, you already do in some form or another. Be it as a gamer like myself, the occasional dabbler with some party games like Mario Kart, or as the type of person that doesn’t mind a sneaky game of Words with Friends (yes, it counts!) while sitting on the loo. Games are everywhere and it is almost impossible to find someone that doesn’t play any sort of game at all. But, for people that only play simple time wasters, the idea of diving into a full-on, console or PC experience can understandably be a little intimidating. All those buttons, all those options, all of that oddly-complicated thumb dexterity. How the hell do people move a character around and control a camera in a 3D space at the same time, anyway? Simply confronting the challenges is key here. Learn with your kids, embrace the new and jump into the deep end. It will not only give you a much better understanding of what your little ones are getting up to, but it may even open your eyes to a future shared hobby. More than one older gamer found love for the medium while playing with their kids, so it isn’t outside the realm of possibility.

Where do I stand with my own children regarding which games are appropriate? Well, frankly, if I’m being honest, I’m probably one of the stricter parents out there regarding what my kids play. That said, now that my eldest is almost fifteen, the restrictions have started to relax. I’m in a privileged position, though. My knowledge of games and their content allows me to make that call, and while I often hear “but Dad, Johnny at school can play it” (an issue that I’ll get to later), I can confidently explain my position to my kids and (in most cases, anyway) avoid any sort of breakdown from saying no. This ability to reason with the kids at their level is something that can only come from education, and while I am no expert on the matter, It might help you with any similar battles you may face.