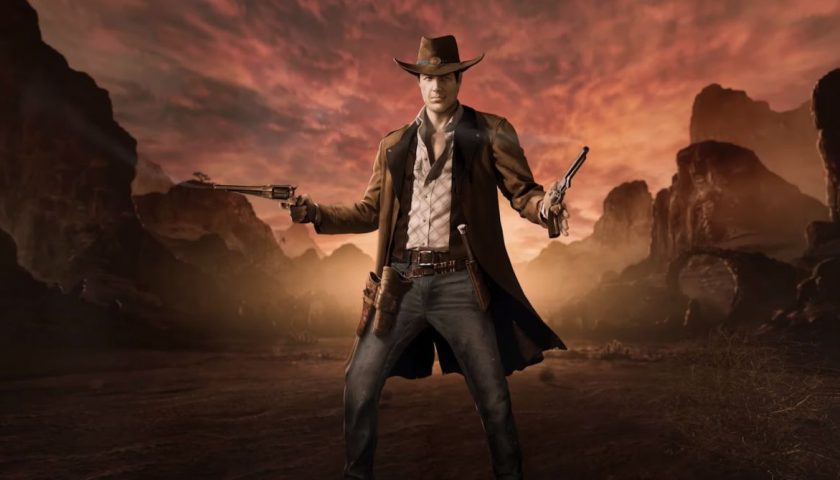 Desperados III is not an easy game. It’s basically an isometric, hardcore Hitman. By the end of each level, there are more dead bodies than a combined Arnie and Stallone movie marathon. If you don’t want your own cold corpse to be among those, there are a few aspects you need to master. These tips should help you out in the early stages of the game, as the difficulty wall is present early on and does not let up. They might even help you decide if this game is for you, as you read about some of the more complex aspects of this challenging stealth title.

1 – Playing on PC is easier than on console

Due to the complexities of control, as well as the fact that you often need to guide two characters simultaneously, playing this on PC should probably be your first option. Using a controller feels awkward and inaccurate almost all the time. However, if you don’t own a decent rig (like this writer), then be aware that the first few levels will be slightly frustrating as you come to terms with navigating all the systems with a dirty, plebeian controller.

2 – Look for “accidents” in levels

Throughout each level, there are several set-ups that can be taken advantage of, each of which will be seen as accidents by enemies. These usually take the form of loose boulders or stacks of boxes just teetering on the edge, ready for a good push. Once you get a character close enough, a red circle will show how many enemies you will squash once you press go. Just be aware that this will activate guards and cause them to take a look around for a little while. However, their stir time will be quite short as they will ignore the deaths as an accident, so it shouldn’t cause reinforcements to emerge from guard posts.

Crouching can be used to stay hidden inside the broken-line areas of view cones, where you’ll only be noticed if you stand up or do something suspicious and aggressive – like slit someone’s throat and throw the body over your shoulder. However, crouching is slightly more complex, as it makes your character move slowly. Sometimes it’s actually better to stand and move quickly through a view cone than it is to crouch, when you will get spotted, causing all Hell to break loose.

When you approach an enemy crouched and attack them, it can take a fraction of a second for your character(s) to stand and then carry out the attack, which can mean the difference between being seen and not. Sometimes, it’s better to stand up before you run up to an enemy, even if it means that enemy will become aware of you for a split second. Then you can quickly take them out and have their body gone before others can spot you.

4 – View cones are this entire game

The view cone icon is almost your most powerful tool. You can elect to manually see what opponents can see on each map, but you can also place a view cone marker anywhere on the map to see who can see that particular spot. This marker can also be attached to any character, both ally and foe and it will follow them around, giving you sightlines for their entire patrol route. This can help you to plan your way forward. Of course, the other option is to just have a go and see what happens – this can often alert you to who can see you off-screen.

5 – The lowdown on Showdown

Showdown mode basically turns the game into a paused, turn-based affair for a little bit. It allows you to instruct each characters what to do, who to attack and how, before you press go and have it all play out. This means you can pull of some really cool moves, such as shoot dead two cocksuckers, throw a knife at another and then have your teammate clean up the remaining witness. One thing to be aware of is to give your ally time to move up to their target before your fastest-attacking character does their thing. You can do this by manually staggering their moves. Again, this is a lot easier when playing on PC, and slightly awkward to perfect via controller.

The game does a good job of highlighting the importance of autosave. In fact, if you haven’t saved in one minute a big timer notice comes up on the screen telling you how long it’s been since you last saved. Don’t be afraid to use quick-save to experiment. And don’t panic if you stuff up – the game keeps a line of three autosaves, so you should never paint yourself into an impossible corner.

One tactic can be to just say stuff it and go loud. I did this with McCoy, whose five-round sniper rifle is handy for shooting across the map. I’d been frustrated with a particular section and so got up on a nearby roof and killed everyone patrolling that zone. Of course, this kicked over the ants’ nest, causing reinforcements to come out of the guard posts. But after a minute or so, everyone just gave up looking for me and resumed their patrols. The only issue with this tactic is that a few reinforcements might hang around and patrol the area, thus reintroducing the initial problem. It still might be worth doing anyway, just to see what happens.

This is perhaps not well known, but Hector can throw a body at an enemy to knock them out. This knowledge might enter into your tactics in some way, perhaps in combination with Showdown mode.

Another less-advertised move is the ability to attack from above. These set-ups are few and far between, but it’s worth knowing about so you can tuck it away as an extra move up your sleeve.

Sound plays just as important a role as sight does when it comes to getting noticed. Thankfully, the game provides a handy blue radius to show just how loud an action will be. Different guns have larger or smaller circles, with off-screen enemies that will hear you indicated with little ear symbols on the edge of the screen. Combining vision cones with ear circles is essential to perfect stealth.

You often have two characters in a level, so make sure to use them. Experimentation is key. Don’t be afraid to separate them across the map or use one to distract enemies while the other slips by or comes up from behind for the kill. Kate’s ability to use a disguise and flirt with guards (for an indefinite amount of time) is super handy and can free up areas of the map without causing bloodshed.

Some maps let you wander around the place incognito and listen in on handy conversations that alert you to the patterns of your prey or give you an indication of some “accident” that can be used.

Some items inside maps are so small that you really have to look for them. I couldn’t find a poison vial in one map until I’d zoomed in and turned the camera around so that I could spy its position. Don’t be afraid to turn the camera around to get a different perspective. You never know what it might reveal.

So there you have it. Fourteen hopefully handy hints to get you through some of the extremely tough stealth mazes this title puts forth. Once you’ve mastered the first few maps, it’s up to you from there. We wish you all the best in wrangling this beast under control and leaving it tied to the railway tracks.

An Xbox One download code was provided by Koch Media Australia for the purposes of this article.