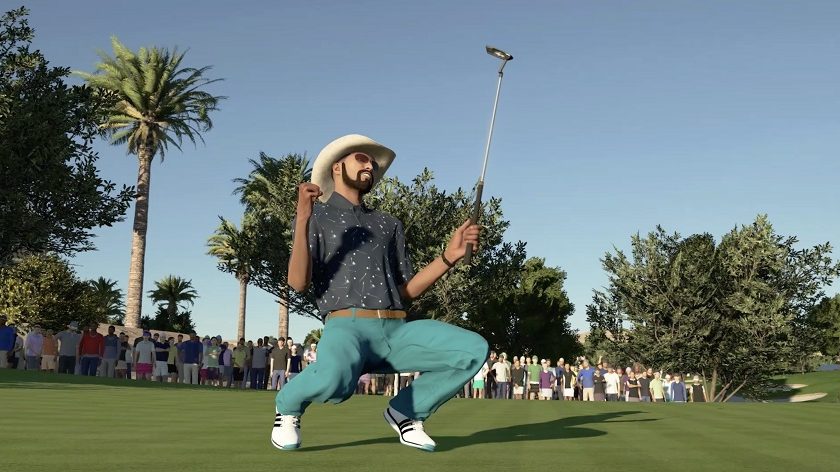 PGA 2K21 Gets Some Aussie flavour in the Commentary Box

While upcoming golfing game PGA 2K21 won’t feature the likes of Adam Scott, Jason Day or Hannah Green (a wonderfully apt surname for the sport) alongside the 12 confirmed pros, Australian commentator Luke Elvy will take to the microphone alongside American counterpart Rich Beem.

It’ll be quite the novelty to hear an Aussie accent in an international sports video game, with commentating duties normally the domain of Americans, or a British flair for the FIFA series.

In PGA 2K21’s latest trailer showing off the shenanigans between Elvy and Beem, it’s evident more flavour will be included than is standard for a golf TV broadcast. We’re promised that the duo will wisecrack on your worst misses in addition to your highlights. In particular, I’ll be keen to bring out Keem’s ‘super chicken’ next time I’m on the course.

Not that I’ll be scoring – or threatening to score – any eagles in the near future. In PGA 2K21, however, I’m in with a genuine chance. Hewso (No chance – Editor)  had better watch his back because I’m gunning for his digital golfing crown.

Prep your golfing wardrobe, as PGA 2K21 is due out 21 August on PC, PS4, Xbox One, Nintendo Switch and Google Stadia. Considering development is being handled by the good folks over at H.B. Studios, who made The Golf Club series, I’m confident PGA 2K21 will be more birdies than bunkers.