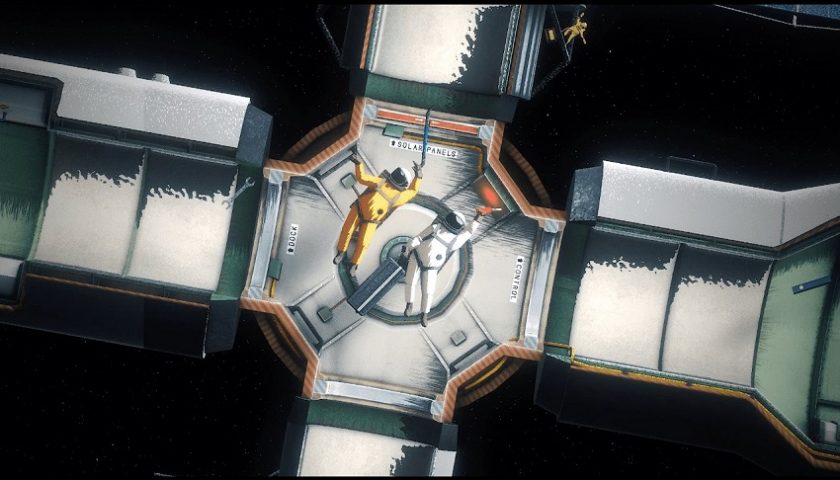 Playstation has been giving us a whole bunch of reasons to be excited lately, with more coming in every day. As of yesterday’s announcement showing off nine new Playstation indie exclusives, we have another one developed here in Australia. Heavenly Bodies, developed by Melbourne’s 2pt Interactive, is a game about “tactility, physicality and motion” and exploring the absence of gravity. It puts players in charge of manipulating cosmonauts through a series of challenging scenarios and relies on skill and creative thinking, with the option to add a second player at any time providing opportunities for both help and hindrance.

2pt Interactive’s directors, Josh Tatangelo and Alex Perrin, are both understandably excited about the partnership with Playstation. “We have been fans of PlayStation since we were little kids, so to be joining up with them to develop a title for the latest iteration of their hardware is honestly no less than a dream come true,” says Tatangelo.

Alex Perrin, who addresses the announcement in greater detail on a Playstation Blog Post, highlights the way upcoming features may help to enhance the game. “With the shiny new features coming in the PlayStation 5, we’re exploring all sorts of ways you’ll be able to experience the weight, texture, density, energy and vibration of every tool, device and surface you come into contact with,” he explains.

Player2’s Shaun Nicholls played Heavenly Bodies at PAX Aus 2019, and called it “fun and frustrating in equal measure” – as I imagine things are in zero gravity.  The game is slated for an August 2021 release, and its inclusion in Playstation’s indie line-up is an exciting feather in the cap of the Australian games industry. Damn, we make some cool things here.