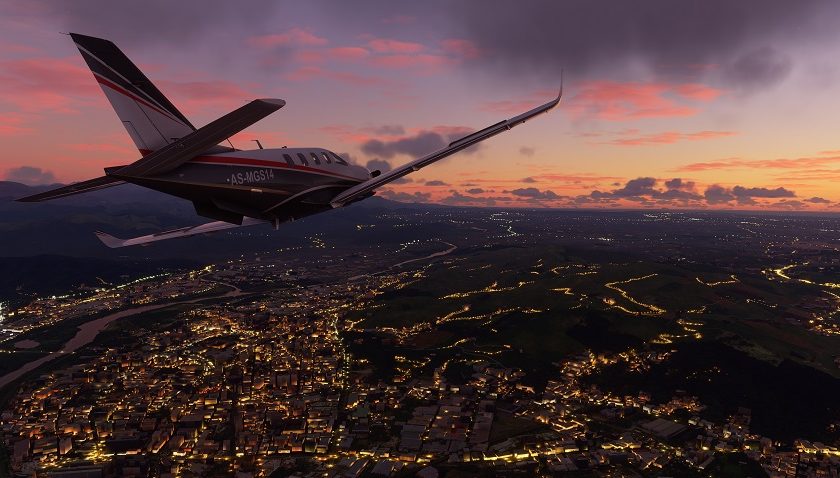 Just because we can’t fly anywhere in real life in the dystopian year of 2020, doesn’t mean we can’t take to the virtual cockpit in Microsoft Flight Simulator, releasing for Windows PC and Xbox Game Pass for PC on August 18.

A collaboration between Xbox Game Studios and Asobo Studios, Microsoft Flight Simulator will introduce staggering detail to its depiction of airports and aircraft alike. This includes more than 37,000 airports around the world, realistic planes, and real-life features such as live traffic and real-time weather impacting your flights.

‘We have the right tools, technology, partners and hardware to release the most realistic and authentic flight simulator to date.’

Where things get a little confusing is in Microsoft Flight Simulator’s release structure. Alongside the August 18 release date, three editions of the game were announced: Standard Edition, Deluxe Edition, and the Premium Deluxe Edition.

Retailing at AU$99.99 is the Standard Edition, which will also be available to subscribers of Xbox Game Pass for PC (astoundingly considered to still be in beta) at no extra cost. The Standard Edition will include 20 ‘highly detailed planes with unique flight models and 30 hand-crafted airports’.

Hang on, what about the 37,000 airports? While not crystal clear in the announcement, every airport will be available in every version of Microsoft Flight Simulator. However, the specific airports mentioned in their respective purchase tiers are specially hand-designed for ultra-realism. This is discussed in further detail in an official developer video from February, where Sven Mestas, Lead Game Designer mentions the effort put into aspects such as buildings and terraforming (thanks to Kotaku Australia’s Alex Walker for the tip).

Thankfully, us Aussies are fortunate enough that Sydney is one of the enhanced airports included in Microsoft Flight Simulator’s Standard Edition, meaning good old ‘YSSY’ will be available through the Game Pass version.

Beyond the launch content, Microsoft promises ongoing content updates to Microsoft Simulator, which one would imagine to be additional planes and enhanced airports further down the game’s metaphorical runway.

Regardless of your interest in flight sims, one thing’s for certain: this game looks stunning. Considering Microsoft Flight Simulator is reportedly suited for beginners and pro pilots alike, I’ll likely don the aviators just to take a sticky beak at the lifelike vistas.