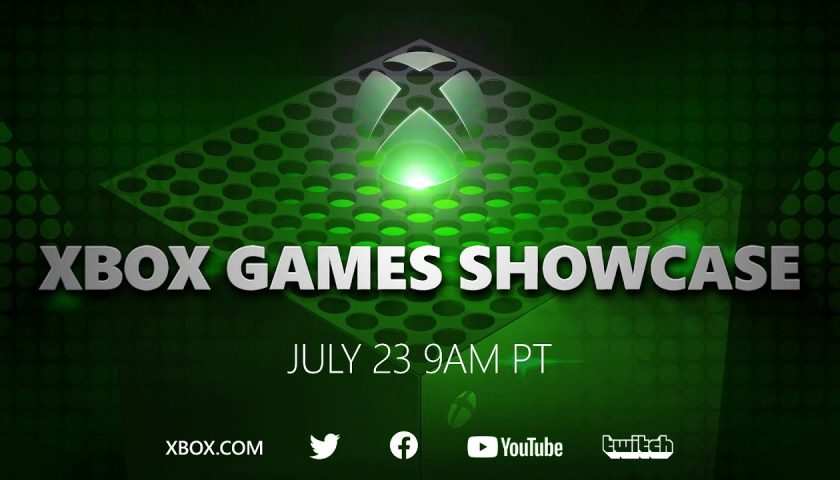 On Friday, at 2am AEST, Microsoft will finally be letting the cat out of the bag and showing off their first-party Xbox Series X games. The hour show is dedicated entirely to Microsoft’s first-party and what is coming for their spanking new consoles. With this in mind, the Editorial team at Player 2 decided to get together and try to guess what is coming, what is likely to come and what they wish with all of their heart to appear.

Sure, I’m going with a softball here given that it has been confirmed a million times that it will be there but in a circus tent with several tentpoles, Halo Infinite is the tallest one of all. Halo has helped carry the Xbox brand for decades now, and that influence will be significantly amplified with Infinite being a launch title. It’s crazy to think that a Halo title, a fresh new, core entry, hasn’t been present at launch since the original console, but it seems that Xbox has awakened to the importance of this franchise, not only in terms of its sales but in terms of its console selling ability. Expect Halo Infinite to take the largest sum of time in this event. The one thing that intrigues me the most about the future of Halo, is when will we see it embrace Battle Royale? It’s going to happen, though apparently not at launch, but when?

Not to be forgotten is Gears Tactics. It’s unlikely that we’ll see anything on Gears 6, given our proximity to 2019’s Gears 5, but Tactics launched earlier this year on PC (I loved it), and the promise has been made that console players will get to experience it too. Though it’s not a core entry, what better way to launch a new console with a 1-2, Halo-Gears punch. To me it seems clear that Tactics didn’t come to the console at launch, simply to allow the next-gen launch to be perceived to be stronger. Very clever XBOX!

There are simply too many rumours, and unconfirmed reports, not to mention loose-lipped Microsoft employees, for a new Fable entry to not be in the works. It seems abundantly clear at this point that Playground games, the team behind Forza Horizon who recently staffed up with talent who specialise in RPG development, are on the task, hopefully preserving that British humour, channelling it into a Fable game that the masses have been begging for.

Look out for Senua’s Saga: Hellblade II to rock up here too. After an incredibly impressive showing at The Game Awards last year, it’s reasonable to conclude that Ninja Theory will be present to show off their new title. I think the game itself is still a little way off, this is a team who prides themselves on their small scale and lofty ambitions, but they’re also juggling multiple projects, as well as a live title in the form of Bleeding Edge. Given all of that, it’s hard to imagine the game is anywhere near ready.

Joanna Dark has been dark for far too long. Many reports swirl that The Initiative, Xbox’s new AAAA studio, loaded to the brim with talent have been hard at work on a new entry in the beloved Perfect Dark franchise. Honestly, though, I’d just be happy to see this studio announce a title, whatever it may be. We’ve been teased by the prospect of what they’re working on for quite some time, and I’ll be curious to know whether or not their studio naming convention is in line with what we’ve seen from 343i or The Coalition at all – does The Initiative have anything to do with the game they’re working on? Is Xbox creating another studio focussed on one IP?

While we’re getting slightly outlandish, there’s Everwild from Rare. This game looks absolutely stunning, and while I think we’re a big chance of seeing more of the game, I’ve got a particular type of game that I’d love for it to be. The game seems a little too innocent and pristine for it to be a Monster Hunter type game, but with that art style I’d be elated to see Xbox and Rare making a step into that competitive sub-genre. I’ll be curious to see what this game becomes

While waiting for sufficient time to pass for their newer studio acquisitions to reveal what they’ve been working on, it’s a safe bet Microsoft is going to ride Halo until the wheels fall off. As the last big exclusive for this generation, expectations are high that 343 can finally show they have what it takes to do justice to a Halo single-player campaign. ­­ This could also be a great opportunity to reveal a limited-edition Halo Series X console, although given current world circumstances launching a separate SKU might be a bridge too far. The already confirmed day and date Game Pass release will also be a great way to see how the success of games on Microsoft platforms is measured going forward, whilst also being one more nail in the coffin for brick and mortar stores.

Likely – Highlighting the advantages of Next-Gen

Microsoft has already been clear in their message that the Xbox Series X won’t have any ‘true exclusives’ for a few years which is an understandable choice until the user base of the system is up to scratch. ‘Smart Delivery’ promises to smooth out many of the issues past generational shifts have faced, but there still need to be reasons to put a Series X under, next to or even behind the TV. The One X demonstrated that there is a subset of customers who want the ‘best experience’, whether that be increased resolution, higher frame rates and faster loading – all of which the Series X will have in spades. This is the chance to really build some momentum for the next “most powerful console” and show exactly why you might wish to upgrade from the recently retired One X, a message that will no doubt appeal moreso to those still running a base Xbox One or an S model. True 4K, 60fps and near-instant loading are just a few things I’m expecting to see from the Series X.

It’s the sequel we’ve all been waiting for, and it’s about time. I’ve yet to play anything else that really scratches the particular itch Viva Piñata did and would love to see such a vivid and colourful world running in 4K HDR. Look, at this point I’m so desperate I’d probably even take a remaster. The point is that Viva Piñata is a series that targets a demographic Microsoft usually overlook and with Game Pass making the console a more attractive choice for families a new title in the series would no doubt find an audience. Heck, you wanna really blow my mind? Make a Pokémon clone with the IP, just make sure I still get to putter around my garden luring various Piñatas into feast upon one another.

Look, the real answer here is Halo, but everyone else will say that, so I am going with Forza. The team at Turn 10 already missed a year so it is safe to assume they were doing so to ramp up for the launch of the Series X. Honestly a big meaty car game is always an easy sell during a console launch. Racing games are great ways to show of fancy new graphic capabilities, they offer a tonne of things to do and people that are super into this genre are also likely to be early adopters of new tech. Frankly, I would be more surprised if a Forza game didn’t show up.

I am A-OK with this. For me, Forza left GT in its dust during the PS3/360 era and has really had a stranglehold on this sort of game ever since, so I expect another high-quality semi-sim racer with the more flashy and arcadey Forza Horizon being saved for 2021. Other Safe Bets I expect to see are Hellblade 2, Psychonauts 2 (even though it is multiplatform), Everwild and Gears Tactics.

There has been a lot of scuttlebutt that Obsidian is working on a Skyrim-esque RPG with the team that created the excellent Pillars of Eternity. While I don’t think it will be close to ready, I do think Xbox will want to get out on the front foot and show it off as soon as possible. The RPG crowd is a big one and showing off a gigantic fantasy RPG from Obsidian would be a great way to get people interested in their system. I can’t wait to see what they have instore because Obsidian has such a talent for creating unique and entertaining RPGs and now they have Microsoft money to back them up the sky is the limit.

I also think it is fairly likely we will see something about the heavily rumoured Fable reboot, but I have been saying that for the last two years so what do I know?

I want to see some big surprises from this event. Microsoft has invested heavily in new studios, all of which are unique and talented in their own way. I want to see these investments start to pay off with big-budget AAA titles that still focus on the unique attributes of their developers. It is no secret that Microsoft was severely short of killer first-party titles during the Xbox One era, so to really show that Microsoft is serious about this business they need some big hitters to come to the system.

Those big hitters, whilst still probably a ways away, should be shown off as soon as possible to reassure both fans of the Xbox and curious onlookers that they have some cracking titles to look forward too in the console’s future.

Join Player 2 on Twitter for a live tweetathon during the show. If you aren’t silly enough to be awake a full summary will be up on P2 during the day.