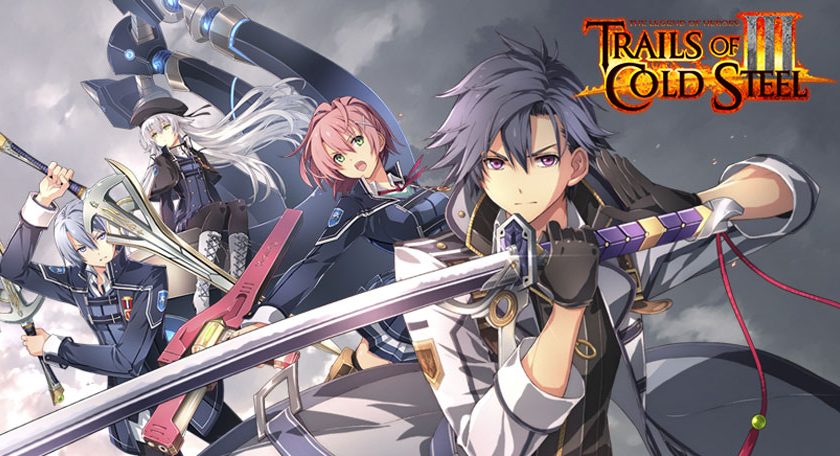 Trails of Cold Steel III – World in Your Hands

Japanese developer Falcom’s Trails series, comprised of the Trails in the Sky trilogy, Crossbell duology and the Cold Steel tetralogy is well-loved amongst JRPG fans for its stellar worldbuilding and the enormous scope of the tale it weaves across the continent of Zemuria, seen through the eyes of multiple protagonists over the span of each subseries. The series as a whole has a storied localization history with lengthy gaps and licensing battles which have been both a blessing and a curse for those patiently awaiting a conclusion since 2011, with Crossbell games still unavailable in English, at least through legitimate means. While Trails of Cold Steel III was initially released for the PC and PlayStation 4 in late 2019, this review is primarily based upon the new Switch port.

Trails of Cold Steel III is the eighth game in the Trails series proper, once again focusing on Rean Schwarzer and his quest to defeat Ouroboros, a powerful secret society with overarching plans that remain unclear but whose actions have had devastating consequences for the people of Erebonia, his home country. It goes without saying that the previous sentence will mean absolutely nothing to anyone yet to complete the first two titles in the Cold Steel sub-series, neither of which is available to play on the Switch. In most other game series’, this wouldn’t be a huge issue, but Trails is so tightly interwoven, designed to build player affection for the world and characters that going into this third entry blind will seriously hamper the experience – so many reveals and character turns require an intimate knowledge of events thus far, so whilst it is entirely possible to dive straight into this entry and use the in-game Backstory menu to get a brief synopsis of the first two Cold Steel games, it’s not the ideal method of immersing oneself in the world of Trails, let alone the Cold Steel entries.

Following on from the events of Trails of Cold Steel II, Rean and the rest of Class VII have graduated from Thors Military Academy and subsequently been scattered across Zemuria, the pull of their personal and professional lives taking them in disparate directions. Rean is appointed as a professor of the newly founded Thors Branch Campus, a facility ostensibly created as a dumping ground for the riff-raff that the Main Campus would prefer to keep out of the way. This change of scenery also introduces a new set of principle players in Juna, Altina, Ash, Musse and Kurt, all freshly enrolled students under Reans authority to create a ‘new’ Class VII. The pacing of ToCSIII directly mirrors that of the first Cold Steel title, again using an in-media res prologue chapter to set the scene for a climactic battle much later in the game before jumping right back to a slower build-up, echoing the ‘school life’ themes and routines that dominated the majority of that game. Those who preferred the much more open approach taken by Cold Steel II like myself may be somewhat disappointed in what feels like a backwards step, but a number of quality of life improvements assist in smoothing over these complaints.

Firstly, the ‘hidden quests’ of previous games are no longer very hidden, appearing on the mini-map as icons which ensure diligent players will find them easily rather than resorting to a guide or interacting with every NPC at every possible opportunity. The graphics have been refined somewhat but are still more reminiscent of an early PS3 title than a late gen PS4 release, while the soundtrack remains as enjoyable as ever, thanks to the excellent work by Falcom’s sound team. The battle system has undergone a few tweaks which have greatly improve the flow of combat and also ensure that player choices feel meaningful, with a variety of options catering to the many different builds on offer. The Brave Order and Break Gauge are the biggest game-changers, complimenting the already strong foundations to ensure a heightened level of strategy in each encounter. The Break state can be triggered by attacking foes with particular weapons or attacks to run down their Break gauge, preventing them from moving and increasing the rate at which Battle Points are earned. Battle Points in turn are used to execute Brave Orders, party-wide buffs which last a set amount of turns, or instead an all-out attack on the enemy which will cause significant damage. Using the right Brave Order at the right time is crucial to taking down some of the more imposing bosses quickly. For example, triggering a boss Break state then executing a Brave Order which triples the damage of Break attacks can make extremely quick work of them. Enemies throughout the game scale nicely, preventing the compulsion to just ‘mash attack’ during encounters, as there is often a much more strategically interesting way to wrap combat up just as quickly. It goes without saying that in terms of JRPG combat systems, Trails of Cold Steel III sits extremely high on my list with the likes of Persona 5 and Final Fantasy XII.

In the transition to the Switch, Cold Steel III had a few concessions made when compared to its PS4 and PC releases, most notably in terms of resolution and frame rate which have dropped from 4K/60FPS to 720p/30FPS, with no difference whether docked or handheld. While this doesn’t have a large impact on the experience in my opinion, there are some visual elements which struggle to stand out on the smaller Switch screen such as the minimap and the colour palette of certain areas, which are much more impressive on a bigger screen. While these presentation concessions aren’t entirely surprising, there are still later sections of the game the engine struggles to run smoothly, an issue which similarly plagued the Vita releases of Cold Steel I and II. Fortunately, the ‘High Speed’ function added to the initial western release of the game has been retained which is a blessing for those with limited gaming time; as much as I love the Trails of Cold Steel titles, they sometimes feel like every character is trudging their way through a pool of molasses in terms of speed, which is heavily mitigated by this feature. There are scant instances where it interferes with gameplay, most notably the fishing mini-game, but overall it makes exploration – larger dungeon areas especially – much less of a chore.

There is a reason the Trails series is held in such high regard by a large portion of the JRPG audience – their worldbuilding is second to none, the scope admirable for such a small development team. Trails of Cold Steel III is no different, continuing the legacy of the prior games despite being a little too similar to Cold Steel I in some regards. The battle system stands out as one of the more engaging and flexible I’ve ever experienced in the genre, and I simply cannot wait to get my hands on Cold Steel IV later this year. That said, I do feel for Switch owners keen to dip their toe into the world of Trails, as this is not the most ideal place to start. Hopefully some licensing deals can be made in short order to bring the entire series to the platform sooner rather than later.