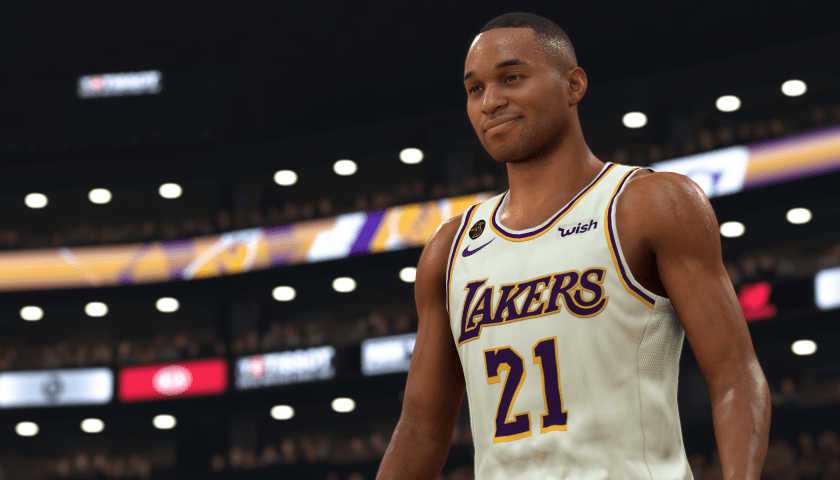 In a world ravaged by the COVID-19 pandemic, everyone has needed to remain fast on their feet in order to get by, whether that’s to survive the week because a crazed mob has bought your local supermarket out of toilet paper and milk, or if you’re a business owner trying to keep afloat in the most devastating period the world has seen in a hundred years. World sport, something that always felt immune to the real-world has also taken a beating, with some, such as the AFL and NRL locally, and the NBA internationally, only recently beginning to climb back to their feet. So if you’re Virtual Concepts, the 2K team charged with developing an annual simulation of the NBA, you’re finding it difficult in many different respects. Firstly, there’s the grind of developing a game such as this in less than 12 months, then there are the impacts of COVID-19, slowing development by forcing everyone to work from home, and then there’s the subject material itself who is every day themselves, working to adapt. It hasn’t been easy for Virtual Concepts, and yet here we are, just days from the launch of NBA 2K21, and it seems that in almost every respect, they’ve been nimble enough to keep up.

I was recently fortunate enough to spend some virtual time with members of the team, as they presented a host of features coming to the game, field questions and discuss the intricacies of this latest entry to the most acclaimed sporting sim franchise in the world, and one of the hot button topics, was, of course, COVID-19 and how NBA 2K21 was impacted and influenced by the pandemic. At first blush, you might find the use of the word “influenced” to be a curious choice of words, but given the attention to detail that we see in every entry of this franchise, for the pandemic to be represented somehow in a take on the NBA 2020-21 season is something that the team has at the forefront of their minds.

When asked about the fact that at present the abbreviated 2019-20 season sees NBA players squaring off in an isolated bubble, and whether that would be represented in the upcoming title, Erick Boenisch of Visual Concepts exclaimed “whenever we release an NBA 2K game, it’s always foreshadowing the upcoming season, and so our previous NBA 2K20 was all about the 2019-2020 NBA Season. NBA 2K21 is about the, at some point upcoming, 2020-2021 NBA season. The bubble that we’re currently seeing on TV is a relic of the 2019-2020 NBA season, we don’t believe it’s going to look the same, based on what we’re hearing, so we made NBA 2K21 back in the NBA arenas, capturing that atmosphere, that immersion, and obviously if things change, we always adapt and are as authentic as we can be.”

For a team who, in what will quite likely be a month following the release of 2K21 being shifting their full focus to next year’s entry, it was impressive to hear the team acknowledge and hint at the possibility, that if they wish to remain the premiere sim that they’re so often proclaimed to be, then they would need to factor that into any updates they roll out down the line, as they currently are with the schedule for the upcoming season, currently projected to begin in December, but could be altered as the impacts of COVID play out. The team is apparently ready to implement changes immediately to ensure that they best reflect the upcoming season – this is not a short task if Boenisch is to be believed. “We rewrote all of our code in the game, all of our timelines, the off-season times, and we actually put in the next seasons schedule, starting in December… that’s just a little detail… it’s just what this team does to hit full authenticity” Boenisch said.

It’s hard not to be impressed by this commitment to creating the most accurate simulation experience possible, even in the wake of the disastrous year that the world has experienced, and while it’s a feature that most won’t bat an eyelid at, it’s one that is reflective of a team that truly cares about its craft.

NBA 2K21 arrives this Friday, September 4th on PC, Xbox One, PS4, and Nintendo Switch, while PS5 and Xbox Series X SKUs will arrive at a later, TBD in the year at/following the launch of the new systems, with an upgrade path being available for those wishing to bring their current-gen purchase across to their next-gen platform.