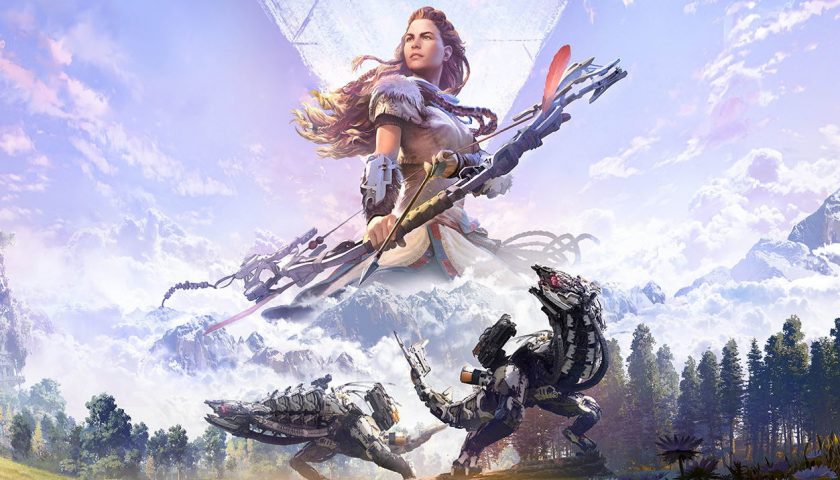 Maybe I’m taking the idea of generation-defining too seriously. I’m almost certainly underplaying the personal side of things. Whatever the case, none of the games I’ve chosen here would fall into even my top five were I to be asked for favourites or most memorable.

All of which is not to say that I never loved Rocket League. It was an absolute blast for about a month before everyone I enjoyed playing it with moved on. This became a running theme for me this generation; I’d make an effort to get into what might be a social event with some friends back in Australia, only for them to immediately bounce to whatever got released next.

Rocket League is so much more than the month-long fling I had with it, though. For one, it is damn near perfect. It’s also arguable the defining PlayStation Plus game of the entire generation. Both the game and the console benefited tremendously. You needed PS Plus to fully enjoy Rocket league, and if you had PS Plus then you got Rocket League for free. It really showed how Microsoft’s biggest problem wasn’t how many people were buying PlayStation 4’s, but rather how many people had friends who were buying PlayStation 4’s.

Of course, Rocket League would eventually make its way everywhere. Soon after, it became one of the pillars in the fight for cross-play between systems, with Sony’s reluctance, however anti-consumer interest, being somewhat understandable.

And now? Now the developer’s are owned by Epic and their name-making game is free to play on the Epic Store. I’m not going near that version, but I head that it already has confusing micro-transactions attached to it. If you were to play ‘Gaming Trends, 2013-2020’ Bingo, you could probably clip Rocket League for every. Damn. Square.

Last generation, I wrote a pretty extensive thing about Japan losing its videogame mojo. More recently, I wrote about it getting it back again. While there are other factors, a big part of Japan finding its footing seemingly anew came down to making what it knows again, rather than awkwardly taking stabs at what the West was doing. Another may simply be people tiring of grey and brown steroid injected shooters, which in turn lead to Japanese games having more natural appeal.

The Yakuza games couldn’t be much more Japanese if you stuffed this sentence full of racially insensitive stereotypes. And, for the longest time, Sega steered away from this and instead tried to market them as a kind of GTA-like. This worked so well that I get to say shit like ‘I was a fan of Yakuza before it was cool’. By the end of the PS360 era, The franchise was about as hot in English-speaking countries as waking up in a bathtub with your kidneys missing.

And that’s why what is special about Yakuza 0 is actually quite West-focused. This marked the point where Sega actually let the game be itself, and it became something of a phenomenon as a result. That Yakuza 0 is one of the better games in the series – and yes, being a prequel makes it a handy spot to jump in – is nice, but not really the point. At least not here. The point here is that Yakuza 0 at once represents a renewed vigour and thirst for Japanese games, as well as, quite handily, this generation’s love for polishing up what are fundamentally previous generation games. Oh, and the late generational move of MS starting to finally get some things right. Yakuza 7 should be balling on Series X.

I have said it before, and I’ll likely keep saying it going forward – but I am tired of open-world games. That’s not to say that I never enjoy them, but one of the things that has defined this generation has been bigger and bigger worlds with different tasks vomited all over them.

Horizon follows the established formula as closely as any game, but it also brings with it a level of performance consistency and polish that has become synonymous with Sony exclusives. While a game for Nintendo’s hybrid handheld looks forwards, Horizon looks backwards, and in doing so makes me wonder just how many new ideas we saw these past few years, versus how much refinement happened.

Certainly, Horizon is refined. It’s a showpiece for everything that many developers have been doing this generation, almost a logical endpoint. Plus, it’s absolutely gorgeous – we’ve never had a mid-generation refresh quite like the one we just had before, and few games have done more to show off what the PS4 Pro could do than Horizon.

It’s new and cool while also not really being new and cool at all, all at once. Five years from now, if one major franchise birthed on the current consoles is still relevant in our minds, Horizon will be it. I’m not really sure what that says about videogames as a whole.