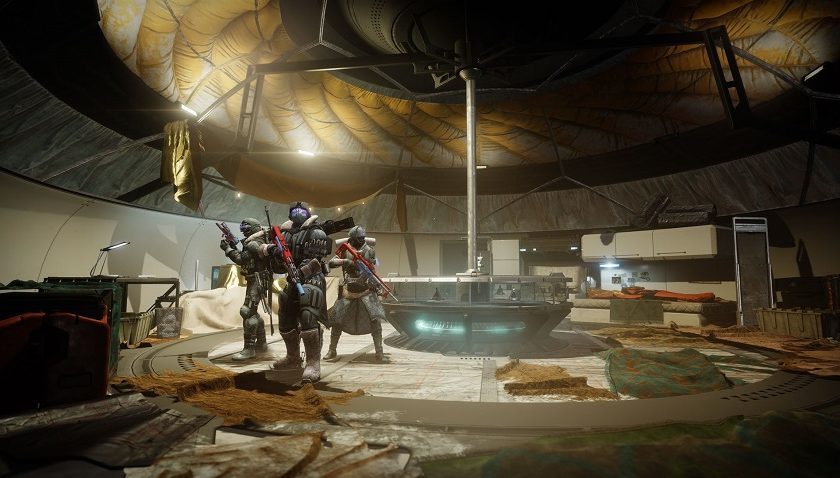 The Daunting Dive Back Into Destiny

The name Destiny has become something of a genre on its own. Bungie practically invented the looter shooter with the release of the original Destiny and have been refining and playing with the formula ever since. There have been other competitors in the market, but all seem to have come and gone without denting the Destiny player base in a significant way. In many respects, it is much like World of Warcraft, the market leader that is setting trends with every update while competitors struggle to catch up. It is a behemoth, a titan, a fixed point in the ever flexible timeline of trends. Players continue to enjoy the tight shooting and ever-expanding world that Bungie has created and despite a few missteps along the road, it looks like things aren’t slowing down anytime soon.

There is one problem however that is hard to get past and that is Destiny can be so daunting. There are odd numbers, strange words and coded messages that all make sense to the seasoned player yet may as well be in an alien language for anyone new to the game. Even someone returning to the game after a period of time away will struggle with the changes and updates. I played a lot of Destiny 2 when it released, spending a good 30 hours or so on the PS4 in the initial month or so, and diving back in upon the release of the first two expansions. But I then shelved the game, moving on, happy with my time spent. However, along came COVID and Destiny felt like the perfect game for the time, so I grabbed it on PC (now free) and the latest expansions and jumped back in.

I was immediately perplexed, nothing was familiar. Upon starting a new character I was thrust into the opening mission from Destiny 1, looking for a space ship to escape the Cosmodrome. From there, things got even more confusing. Gone was the stately procession of story missions and in its place was the entire universe open and accessible with no guide as to where I was to head next. Gradually, through time, I found that the game kept quest notifications in a separate tab and if I wanted to do the story missions, I would need to keep track of it through there. Now it isn’t a bad system for people that have been playing the game a long time, but for newcomers or those long-absent like myself, all it does is create confusion.

Now, this is just one element of the Destiny experience that is daunting to newbies. There seems to be a general lack of explanation of the game’s systems. From armour and weapon levelling to overall character ranks, Destiny makes a lot of assumptions regarding players and their ability to work things out for themselves. Without another player acting as a guide or doing some serious research on the internet, it may be too much of a wall for many potential players to climb. That would be a shame because as it is, I am having more fun with Destiny now than I ever have. I pushed through the confusion, found my way and eventually felt confident in what I was doing and how I was progressing in-game.

One way around this potential roadblock is playing with friends, or as it is the case for me, with your kids. After I managed to get my head around the new systems I was able to convince my kids to get off Minecraft and Fortnite and join me for a spot of Destiny. Luckily we have three PCs that can handle Destiny in the house so we have a ready-made fireteam, A group of Guardians willing and able to save the galaxy. Let me tell you this experience is one of the greatest in gaming. Everyone knows that Destiny truly shines with friends but I can say that guiding my sons through the early game complexities to the point that we began doing in-game strikes has been a true highlight in this, the year of hell 2020. The best part of it all is that the base game is free-to-play and there is more than enough content in that download to keep us entertained for a very long time.

With the upcoming expansion, Beyond Light, Bungie has promised an easier pathway for new players in the game, something that is long overdue. Destiny is a game that I can see people enjoying for years. It isn’t demanding of your time, it doesn’t require you to learn every facet of the game. It offers a great experience for both hardcore clan members and those who just like to jump in every now and then and shoot baddies. So if they are successful in improving the introduction for new players, there is no reason why Destiny can’t be a game we are still talking about, still playing, still enjoying five years from now. All the ingredients are there, the welcome sign just needs to be clearer.