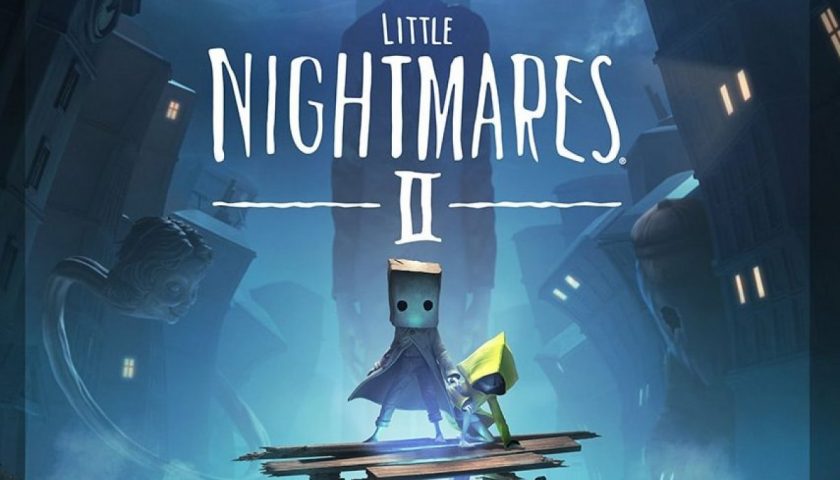 So, I just want to be clear from the start, and say that the nightmares are actually quite big. I know what the name says. I know that you might have been led to believe that these are small nightmares, tiny nightmares, petite nightmares. But judging by the preview I was lucky enough to check out over the Halloween weekend (as is only appropriate), I am confident in saying that Little Nightmares II is actually delivering large nightmares – perhaps even larger than the first.

Maybe I never got over my childhood fears, and that’s what makes this game so scary. Just like the first one, it looks like something out of a particularly dark children’s book – the kind that had a whimsical base, but undertones that just didn’t sit right. Playing as this small child in a not-so-small world, haunted by beings that look exactly like the sort of monsters you’d conjure in your mind out of shadows, took me right back to being a kid myself and reading Roald Dahl’s ‘The Witches’, ruminating on the way that even bright moments could feel sinister. Darkness was always around the corner, even when things were looking up. That’s how Little Nightmares II feels, only… without the bright moments, and only the sinister vibes underneath.

Though the protagonist from the first game, Six, will join you in this game, the sequel focuses on a new playable character – a little boy wearing a paper bag on his head. His name is Mono, and the game’s description indicates that he is ‘trapped in a world that has been distorted by the humming transmission of a distant tower’. Considering the game’s storytelling plays out without words and is largely environmental, it was hard to gleam much about the plot from the demo – but I’m intrigued to know more. The two can hold hands as they walk around the environment though, which was a nice touch, and Six will help you solve environmental puzzles in useful ways, taking out some of the busywork. One thing I did notice was a menu option called ‘Hats’, that seemed to suggest you’ll be able to change Mono’s headgear throughout the game, which is a very exciting prospect. It’s the little things that bring joy.

It’s a beautiful game. Some clever lighting tricks and smooth finishes make it feel creepy but enchanting, with even the most grotesque enemies looking fascinatingly polished. There were elements in the level that I didn’t want to look at, but couldn’t help myself. The level I was able to check out in the preview was called ‘Hospital’, and included a wide variety of your usual horror staples, on a large scale. Part of the horror of this game is that everything feels slightly too big to navigate as a tiny child, though it is occasionally your size that will save you. As you climb cupboards and crawl through vents, it really feels like you’re finding a way to make do with what’s around you just to get out of this hellscape however you can.

It’s hard to tell much about the gameplay from one level, but Little Nightmares II feels like a solid platformer. Some sections were frustrating, but I can’t be sure whether that’s about the level design, or about the fact that the atmosphere made me want to speed through everything as quickly as possible. The word I want to use for how this game feels is ‘unsettling’, in a way that evokes a particular childlike fear rife in other media but currently rare in games. It’s beautiful, and whimsical, and horrific, and as seen in the trailer, will be introducing a new villain called ‘The Doctor’, who looks way less fun than the one from Gallifrey. I’ve been told that there are children who loved the first game in this series, and I am in awe of those children. Those children are braver than me, and clearly more comfortable sitting with nightmares like those of their childhood imagination. But for fans of Little Nightmares, this sequel looks like it’s going to deliver some of the same whimsically haunting moments as the first one, across a wider range of settings. So let the nightmares begin.