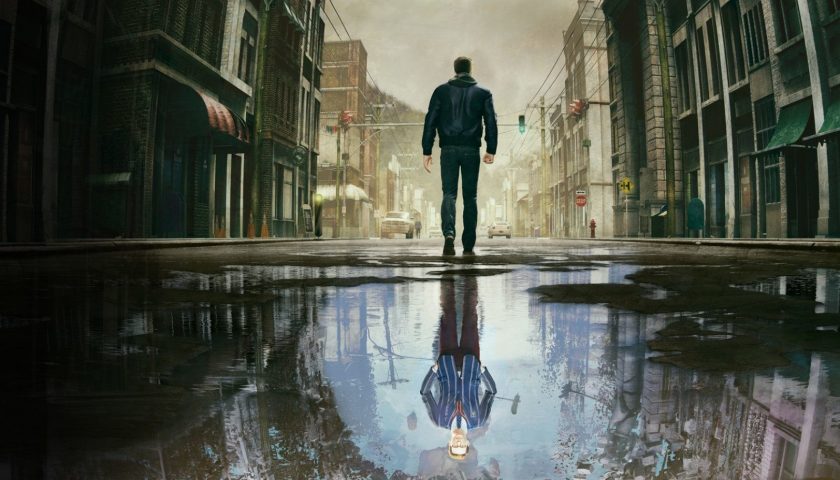 In the wake of the release of their widely acclaimed title Tell Me Why developers DONTNOD are doing the opposite of resting. Their next title, Twin Mirror, is just around the corner and judging by the first few hours of the game, it’s set to go to some dark places. DONTNOD have certainly developed their own unique style over the past few years, and while they are now well-known for strong narratives, compelling characters and an exploration of some deeply complex themes, Twin Mirror marks a new chapter for the studio by becoming their first self-published title. We only got a taste of how the story will unfold, but already Twin Mirror looks to be a psychological thriller set around a tale of death, intrigue and suspicion – and who doesn’t love solving a good mystery?

The mystery unfolds in the town of Basswood, West Virginia, where investigative journalist Sam Higgs has begrudgingly returned to mourn the death of his best friend. Even after two years away from his hometown, Sam is equally lauded as a hero and despised as a menace having split the opinions of the town’s residents with a controversial article on one of the town’s largest industries. It soon becomes apparent that Sam has had a complicated relationship with the residents of his town his whole life, with his somewhat offbeat personality and focus on facts over emotional connections often causing friction with those around him. Though it hasn’t been made explicit by the devs, I’m interested to see what kind of comment the game is making about neurodivergent people, and whether or not the studio enlisted the help of consultants like they did for Tell Me Why. It certainly feels like it’s already dancing around the topic, whether or not that was their intention (but it really feels like it has to be).

Sam has a focused, analytical mind that allows him to map out events and piece together evidence, which he often does in his ‘mind palace’ – a safe space where he can go to think clearly, without judgement, and to remember events from his past as he felt them. When he’s outside the mind palace, he organises evidence by constructing scenes in his head, in a similar mechanic to the Detective Mode of the Arkham series. You’re tasked with helping Sam decide the order of certain events, or detail the circumstances of a particular moment in a scene. It’s unclear from the demo whether or not these are actual choices that affect the outcome of these investigations, but it seems like maybe there’s a right answer to them – it certainly feels more like deductive puzzle-solving than speculation.

The mind palace creates a calmer, more pared-back place for Sam to think on his life, though recent events and the mysteries he is quickly wrapped up in seem to be affecting his ability to utilise it. All of a sudden the mind palace is being infiltrated by negative thoughts and threats, and Sam is struggling to calm himself down using his normal coping methods. He does have some help, though. ‘The Double’, who only Sam can see, is like the more charismatic, social version of him with neater hair, and this double will offer advice as to how Sam can approach situations in ways that might endear him to those around him. The catch is this might come at the cost of gaining more information from a conversation, but the demo wasn’t long enough to see what the consequences of those choices might be. Is it possible to leave the mystery unsolved by focusing too much on emotional connections? We don’t know for sure just yet.

While the opening of Twin Mirror was a little slow, and mostly dedicated to sleepy catch-up conversations with your former townmates, the tension seemed to be ramping up by about an hour and a half in. A lot of time was spent not doing much, walking around from place to place and making comments on the ways that certain objects reminded Sam of his past. Some of them are interactive and will trigger flashbacks from his life in Basswood, including some fun cameos by a retro gaming favourite, but many of them don’t feel like they really warrant the whole journey to Sam’s mind-palace. Maybe this will be tightened up in the latter game and the importance will be explored further – and I hope it is. The mind palace is gorgeous, just a little sparse, and I’m hoping it’s put to good use.

DONTNOD have always been pretty good at bringing the Twin Peaks vibes, and Twin Mirror looks to be no exception. There’s a cast of classic small-town characters, a tortured hero running away from his past, and a mystery to be solved. All the ingredients are there for a memorable experience, and I’m excited to see how this story unfolds.

Well, there’s good news for you. If you want to gain some insight into life in Basswood, and the state of affairs in the town just before Sam’s return, you can check out ‘Lost on Arrival’. This short interactive simulator has the player finding the lost phone of an individual and requires you to go through a few steps, unlocking enough information to work out how to get into the phone, and then who it needs to be returned to. It’s very much like the game ‘A Normal Lost Phone’ (even if you haven’t played it, you can probably understand why the two might be similar), and it’s an incredibly clever way to give everyone a taste of what to expect from the world of Twin Mirror. There were even some cool tie-ins to events in the game itself, which are a nice touch – but you’ll have to wait until the game releases to see what they are. In the meantime, check out Lost on Arrival (available until November 30th), and be sure to stay tuned for Twin Mirror when it releases in full on December 1st. If you’re particularly keen, it’s available for pre-order now on PC, PS4 and Xbox One.