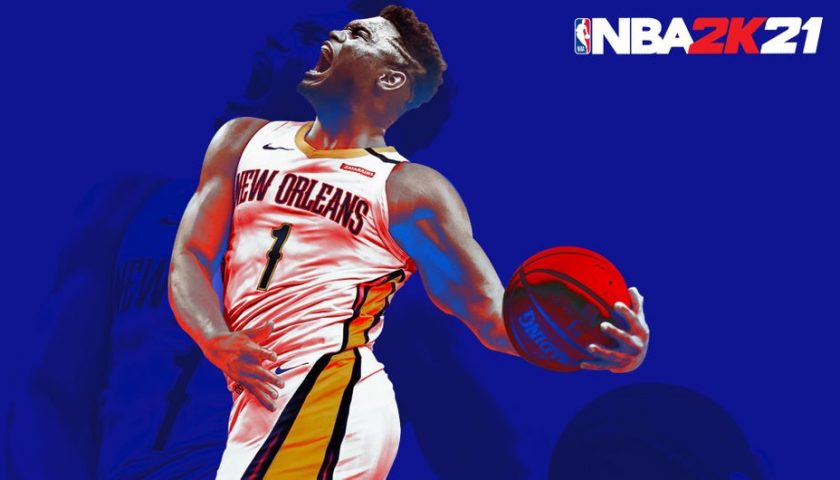 The beginning of the next generation in gaming is often a time when video game publishers get to double dip with games, essentially selling the game twice. This generation has been a little different though, with a lot of companies offering free upgrades to the flashier version. One of the games that stuck with the old model however was NBA 2K21, with 2K explaining that this is because the next-gen version wasn’t just an up-res and some additional effects. No, NBA2K21 was being rebuilt from the ground up for the new consoles and therefore warranted a re-purchase. Do you know what? That was totally fair because NBA 2K21 on the Series X is one of the only true next-gen experiences available right now.

Let’s start with the immediately obvious. This is a stunning game. The NBA 2K games have always been among the better-looking sports titles but this version takes it to the next level. There is a truly amazing amount of detail to be found in the player recreations and stadium representations. We are at the point here where it takes more than a passing glance to determine a screenshot and a photograph and honestly people could be forgiven for getting the two mixed up. There has been a pile of graphical effects added as well, things like reflections in the court and sweat on the players, which are not grand things individually but as a whole, they all add up to increased immersion which is the real goal of any sports sim.

The Career mode is once again the real star of the show here and I found this year’s story to be enjoyable, in an immediately forgettable way. This time the angle was a young up and comer who had a father die before his time who also happened to be a local basketball legend. It is a familiar story, but it is told well and the main character (inventively named Junior) is actually likeable this year which is an improvement over the last couple of titles. There are the traditional celebrity cameos and all of the drama you would expect from a b grade sports film from the 90s’ which suits the mode perfectly. This year, for the first time ever, there is also a full campaign for the WNBA called the W, which follows a young star and her journey to the WNBA. While this is seriously overdue, it is great to see it make the game finally.

Another major addition to the next-gen version of NBA 2K21 is “The City.” The City is the new social hub area replacing “the Neighbourhood” from the past few years. This is a little different from what you are used to. To start out you are dumped in Rookieville and have to play a few games of streetball to attract the attention of one of four factions within the city. Once you have an invitation from the factions you can enter the city and participate in all sorts of activities to improve your created character’s stats and looks. It feels like a nice evolution on the social hub concept and the only real problem I had was finding enough people to play rookie games with and get my invitation. It seems that the vast majority of people already have their invitation or I am just playing at times when no one else is online. It would be nice if there was another way to get the invite with games against the CPU or something similar serving as an alternative to waiting around for enough people to play a pickup game of 3 on 3.

It wouldn’t be an NBA 2K game without addressing the elephant in the room, VC. In Paul’s review of the PS4 version of the game, he was quite critical of the constant nickel and dime tactics used to encourage players to purchase VC with real-world money. I am not sure if 2K finally took these common criticisms to heart, but I actually found this version quite fair in dolling out VC, giving me a generous amount and enabling a steady progression of skills in the process. As of right now, thanks to sponsorships and game payments and I am getting between 1100 and 1500 VC per game, which feels like a fair amount and has meant that the desire to purchase VC and rush player improvement hasn’t reared its ugly head. I don’t have a particular problem with offering people microtransactions to speed things up or buy cosmetics, but I do have a problem with it becoming an aggressive tactic that is almost a necessity to play the game, so I am glad it appears that the 2K team are finally finding what feels to be a fair middle ground.

I can’t say if this is a worthy purchase for those that already own the Xbox One or PS4 versions, having not played those editions myself, but I can say this is a great game of ball that highlights the next-gen systems in wonderful ways. Everything is prettier, fancier and smoother, translating to the most realistic game of ball available and a great way to show off the power of the new systems to friends and family. Add to the this the apparent change in attitude towards microtransactions and NBA 2K21 on PS5 and Series X really is one of the world’s premier sports titles. Let’s hope that the franchise continues this trend and avoids returning to its money-hungry ways of the last few years.