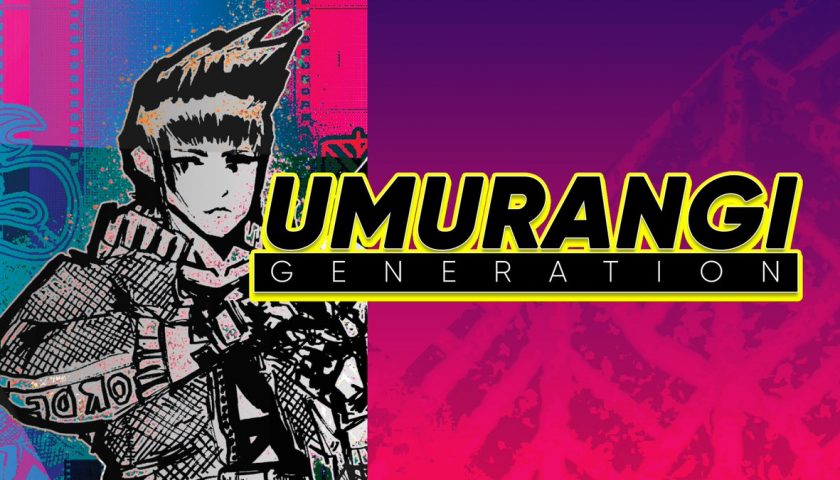 Ok reader, here’s the truth. I really, really struggled writing this one. Not because Umurangi Generation and its Macro DLC are bad. It’s completely the opposite. I can write a review of a good game, I can write a review of a bad game. Umurangi Generation though… Y’all. This game grabbed me. It gave me an experience so deep and intricate; I was swallowed by it. I could not stop thinking about every little aspect of it. Very, very few games are on this level for me.

But I want to tell you about it. I need you to know that this is an experience that has been criminally overlooked in 2020. I’ve already written, then scrapped, 3000 words in an attempt to communicate what is so special about this game. I have so many thoughts and feelings, it is hard to get them all to coalesce into a single thread for you. But I will try.

Mechanically, Umurangi Generation is a photography game. The game is broken down into a series of small but dense levels, each containing a task list of photos to shoot. 7 Birds. 2 Boombox. Etc Etc. The quirk is that you (mostly) don’t need to take these photos from a specific spot at a specific angle; there may be 14 birds in the level, and it’s up to you to take the photo however you like. Near-total creative freedom is yours to use as you see fit.

There’s also a second optional task list that stays consistent through the levels. Take a photo of your friends. Snap the postcard. Find all the rolls of film. Finish the level in ten minutes. Complete these tasks alongside your regular ones and a second reward is yours.

Rewards are all linked to your vintage SLR camera – new lenses for different shot types, or new sliders for editing photos (contrast, brightness, that type of thing). The Macro DLC takes these rewards a step further, with broader style rewards: Kneepads for lower shots, roller-skates, even spray paint.

All of this is wrapped in an incredibly distinct style. Bold colours and lines, simple yet sharp character models. Music that positively bops. The very mechanical feel of taking photos, the clicks and the shot sounds; it’s all so good. Umurangi Generation absolutely nails the joy of lining up the right angle, adjusting focus, and snapping the perfect shot.

This in itself is a satisfying game. You can take each level discreetly, work through the goals in front of you, and have a great few hours. But the mechanical side of the game is only one part of a much larger, much more fulfilling whole.

Tying Umurangi Generation’s levels together is a cohesive, relatable, existential story that is conveyed purely through design. Not a single word of spoken dialogue is uttered, not one line of exposition is dumped. A fully fleshed-out world beckons to be learned of; a beginning, middle and end narrative through-line, complete with shocking moments and astounding reveals.

Though each level is relatively small, they are so compact with detail, transmitting much more than first meets the eye. The fact that you are viewing this world through the lens of a camera is not accidental – because your very task is to document an area, you naturally are led to pay attention to your surroundings. Where a lot of games with photo modes – or even photography based games – are exclusively about creating an aesthetically pleasing picture, Umurangi Generation is about documenting reality.

Your task list initially seems disjointed, not immediately relating to the world around you. But through being tasked with looking for odd things like a disposable camera or a Union Jack, natural curiosity begins to beckon. Other objects, people and set design, that in any other game would be rushed passed and ignored, begin to become things you pay attention to – even take your own photos of, purely off of your own interest.

Questions began to emerge in your mind. Why are these the things I am taking photos of? What else in this environment catches my eye? Why are there soldiers with rifles standing off to the side of this street party?

The dual stories between the base game and the Macro DLC are separate, but linked. The base game was built thematically off the back of the bushfires that ravaged Australia during the 2019-2020 summer period and the subsequent political response. The Macro DLC follows a similar pattern – based off the height of the Black Lives Matter protests mid this year.

Without getting too far into spoiler territory, I will say that if the (positive) inspiration from Neon Genesis Evangelion / Mecha, in general, isn’t obvious in the base game, it certainly is in the DLC.

There is, as I’m sure you can imagine, so much more I could say about this game. The way Umurangi Generation embodies punk in a way impossible for AAA games. Why my hour count landed at 22 hours played for this 4-5 hour game. The graffiti’d quote, “If you wanted a spineless look at what’s going on, go play fuckin Watch Dogs or some shit”. But, those are words for another article, another day.

For now, I hope I’ve at least piqued your interest. “Underrated” doesn’t even begin to scratch the surface here. I will go to bat for Umurangi Generation any day of the week, and I will hold this game close to my heart for years to come. If any of this even remotely sounds interesting to you, do yourself a favour and give it a go. It’s only you holding the camera at the end of the world.