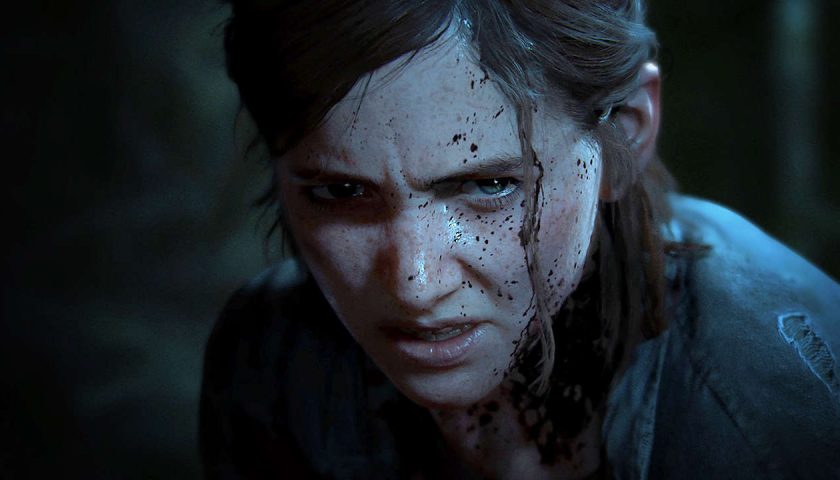 It’s that time of year again folks, the time when the P2 team get together and give out their totally imaginary awards for the year. As always we can never decide as some sort of single entity so to save the fights every writer gets their own choice. For the final entry we look at the team’s favourite big-budget AAA title of the year.

This one really straddles the line between indie and AAA, but as inXile was purchased by Microsoft I feel it fits here best. That being said, it really is an AAA title with an indie mindset, because it goes places that most big-budget titles are afraid to. What I absolutely adored with Wasteland 3 was the truly grey morality system in place. There was no good path or bad path, there was just the path and your choices. Those choices affected the path in unexpected ways and making the best of every situation is all you could do. The writing was deliciously black, with morbid humour lightening the game in ways that almost made me feel guilty for laughing. Anyone who enjoys the odd CRPG, great writing or the true freedom of choice owes it to themselves to dive into Wasteland 3 as soon as possible and that is why it is my game of the year, indie or AAA.

Star Wars: Squadrons doesn’t have any right being as good as it is. When announced at E3, I wasn’t expecting much more than an enhanced take on Battlefront II’s space missions.

The feeling of space flight, along with introducing more advanced mechanics (like power management) brings me back to the days of playing TIE Fighter on the family PC. Even sitting on my couch in front of the PS4.

On top of that, is what I’d call the cherry on the cake: VR support.

Or should I say glorious VR support. Even with the PlayStation VR’s limited resolution, the immersion you get from being in the cockpits of those iconic fighters cannot be beaten, especially with how much easier it can be to keep track of targets.

When the House of Mouse announced a new trilogy, the one thing I had hoped would accompany it would be a space combat game which could live up to those 90s titles, and Squadrons pulls it off.

Harrison Tabulo – The Last of Us: Part 2

Videogames are stuck in a rut of indulging players with joy, happiness and fun. The Last Of Us Part II flips the paradigm and makes you feel awful for the awful things you do. The way this is expressed through the deep contrast between Ellie and Abby in both shades of Light and Dark is phenomenal. Although revenge is such a stagnant plot device, The Last of Us Part II truly ruminates on it, begs questions of the possibility of returning from the well and reflects these ideas onto you, the player. Never has a game broken me in such a way that so many conflicting emotions become overwhelming; leaving me a dishevelled, sulking husk. A sublime piece of work and is a must-play if you have any care for the art of interactive storytelling.

Two things here. One, not playing this around its initial release and having the world’s focus on it was a great choice. Death Stranding is very much a game about being disconnected and alone, with connection and communication only capable through abstract layers. Being able to be alone with my thoughts as I travel across a gorgeous landscape – yet being in indirect conversation with others through common structural intention – is freeing.

Two, Death Stranding feels way more real in the middle of a pandemic. Both in the way it talks about societal breakdown, as well as in the freedom to just… walk around. To get out and tackle a mountainous landscape, figuring out how to get over the next few feet of space, is more engaging than “who do I shoot next” ever will be for me.

I love Death Stranding for all the reasons a lot of people struggle with it. Just moving through the environment, alone, is calming. Doing simple deliveries, both straightforward and difficult, brings about a simple satisfaction. I was never interested in combat. Open worlds are at their best when they just allow you to be in their spaces. Death Stranding accomplishes this more than most.

I’ve wrestled with my love of The Last of Us Part II far more than I expected throughout the year, and in a year littered with gems, there was every chance TLOU2 missed the cut here. In the end though, the powerful narrative, Naughty Dog’s story, not our own, won me over. Mechanically the game is rock solid, the acting, the shooting, the stealth the world-building and attention to detail are unrivalled by anything else, and so despite the fact that the story veered a few directions that I personally wouldn’t have gone myself, it’s impossible to argue the brilliance on show. It’s Naughty Dog’s story and I’m thrilled that I was a passenger for the ride.

I don’t think I’ve ever seen a game bring people together like Animal Crossing did this year. In a hellscape that forced us to be indoors (granted, for some of us that part’s not so bad), on edge, disconnected and in many cases, alone, this island paradise provided an escape to a whole other, pandemic-free world. It came at exactly the right time, and brought fun (obviously) but also this weird sense of routine to my life in a time when everything else was out of whack. For months I had to get up by a certain time because I had to participate in a whole turnip stock exchange. I connected with people I wouldn’t have otherwise connected with, in more consistent ways than I might ever again, and it even provided talking/bonding points with my university-age students, many of whom I wouldn’t have otherwise discussed games with. Those middle months of 2020 will be forever remembered as this little messed up moment in time with Animal Crossing as the lighthouse leading me through. There were so many great titles this year, but none of them can quite compare.

Stephen del Prado – The Last of Us: Part 2

I doubt there’s a single game this year that has been on my mind more than The Last of Us Part 2, both before and after its release. I’d been firm in my stance that The Last of Us needed no second part or follow up as anything Naughty Dog delivered could only sully what I consider one of the best endings in a video game, alongside the likes of SOMA and The Witcher 3 Blood & Wine. I’ve never been happier to eat my own words, nor did I marathon any other game as quickly this year. The Last of Us Part 2 subverted expectations, toyed with my emotions and ultimately delivered what I would consider to be an experience both harrowing and cathartic.

I can understand the disappointment it brought to some audience members – I heard similar gasps and annoyed mutterings at the conclusion of La La Land in the cinema, another masterpiece that subverted audience expectations in service of showing what obsessions can sometimes cost. The Last of Us Part 2 also rivals George R R Martin when it comes to inspiring sympathy in a character whose actions are unforgivable…at least, when seen from a particular point of view.

I’m eagerly anticipating a PlayStation 5 update as an excuse to return to the game and see whether my feelings change on a second playthrough, but as it stands The Last of Us Part 2 was absolutely my favourite AAA title of 2020.