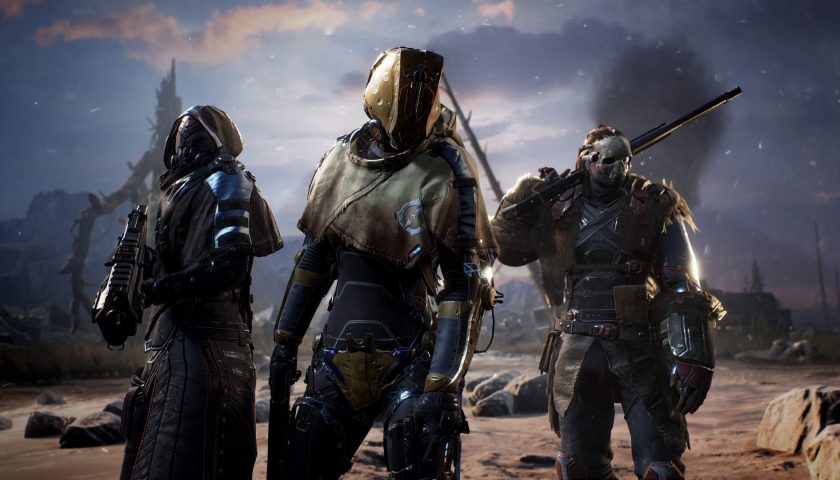 It is that time of year once again. Time for our Editor Matt to gaze into the future and come up with the most anticipated games of 2021. As always he tries to restrict it to games that have a legitimate chance of being released this year and have been already announced. Now it is time for those games that don’t cleanly fit into any of the other genres but still deserve your attention.

The Most Anticipated Oddities for 2021

I am loving the rise and rise of the once-forgotten space shooter genre. Last year’s Star Wars: Squadrons and the upcoming early access release of Everspace 2 show that there is a hunger for some space dogfighting and that they can still be done well. Chorus is zooming into this genre and looks like it is going to be backed up by a cracking sci/fi story full of fallen empires and plucky rebels. If they get the feel of dogfighting right this could be a real surprise hit in 2021. We don’t have a release date yet but a mid-year release wouldn’t surprise me.

Another game looking to take on the might of Destiny in the games-as-a-service category, Outriders has one thing going for it, action. It honestly looks bonkers and the focus on using special moves as often as possible and the concept of an attack first mentality means the gameplay should be significantly different from Destiny to warrant closer inspection. The only worry with this sort of title is always the endgame, will there be enough to keep people playing once the campaign is done? Only time will tell, but I am pretty keen to find out on April 1st when it is released.

This game sounds fascinating. It follows the story of a man who is stuck in a 12-minute time loop in which, if he does nothing, his wife is murdered and he is arrested as the prime suspect. Replaying the same 12 minutes to learn new things, create different possibilities and eventually escape the loop is the goal. The game features an amazing voice cast too including James McAvoy and Daisy Riddley. This intriguing title is coming to Xbox and PC sometime this year.

After the success of Monster Hunter World, it is fair to say the franchise has a host of new fans looking for more hunting action. Thankfully they won’t have to rely on the terrible movie to state their appetite, with Monster Hunter: Rise coming to the Switch this year. This looks to be more of a traditional MH experience and not as open as World was, so it will be interesting to see if the new fans click with it in the same way. We will all find out on March 21 when the game hits our systems.

A rogue-like from the makers of Alienation? I’m listening. Housemarque, the masters of the twin-stick shooter are back with something a little different from their normal genre. A third-person action rogue-like, Returnal has an uphill battle ahead of it against the genre’s frontrunners like Hades and Dead Cells but if anyone can take those giants on and succeed it is Housemarque. Returnal is currently scheduled for a March 19 release on the PS5.

Bladerunner meets Diablo in this Xbox exclusive ARPG. Made by a team of only 11 people, The Ascent has all the trappings of a good isometric ARPG in a highly detailed futuristic setting. Honestly, this looks great and this sort of game in a sci/fi environment is something that hasn’t ever really been done well. I can’t wait to give this one a go when it launches, at this stage mid-year seems likely.