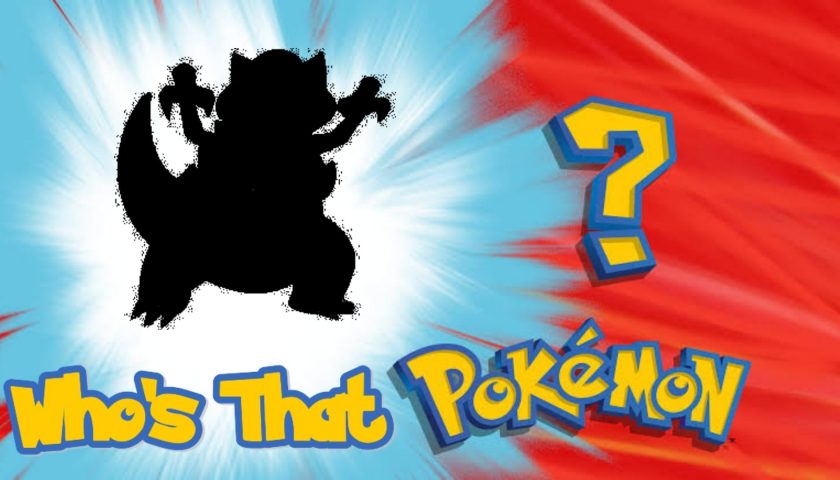 Pokedex Entry: “They never allow prey to escape. Their jaws are so powerful, they can crush the body of an automobile..” (Pokemon Red/Blue)

First Anime Appearance: Episode 749 – Ash, Iris and Trip: Then There Were Three!

“The second match of the Pokémon World Tournament Junior Cup semi-finals begins, with Ash’s Krokorok and Iris’s Dragonite going head to head! Dragonite has Krokorok reeling after a powerful pair of direct hits, but Krokorok is determined to hang on—and then it evolves into Krookodile! This brings the match to a new level of intensity, and when Krookodile hits Dragonite hard with a super-effective Dragon Claw, Dragonite gets angry—really angry—and starts ignoring Iris yet again, unleashing one undisciplined attack after another. Iris helplessly pleads with Dragonite to pull itself together and calm down, and Ash feels sorry for his friend…but it’s a battle, after all, and he and Krookodile aren’t about to let up. Krookodile wins, and Ash moves on to the finals!

Iris is frustrated and unhappy after her defeat, and the taunting from Georgia and Burgundy doesn’t help. But Cynthia steps in once again, with her experience in training Dragon types, and counsels Iris to keep working on her relationship with the stubborn Dragonite so it can gain confidence in her.

It’s time for the final round! Ash is up against his rival Trip, and confidence is evident on both sides. Ash’s Pignite has the type advantage over Trip’s Serperior, but Serperior’s unbelievable speed makes it virtually impossible for Pignite to land even a single attack! Although Pignite’s determination is remarkable, and Ash tries to even the odds by having Pignite use Flame Charge over and over to boost its own speed, it’s just not enough. A final Frenzy Plant from Serperior ends the battle, and Trip wins the Junior Cup!

This means, of course, that Trip gets the chance he’s been waiting for: a battle with Unova Champion Alder! The battle gets under way, and Trip is again relying on his super-speedy Serperior, while Alder calls on Bouffalant. Can Trip keep up his impressive winning streak against the region’s top Trainer?”

Generation V has slowly over time pushed Generation II out of the first place slot for very good reasons. The story

is fantastic, the moving pixel ‘mon were awesome, and something that is a little bit of a hot take, the Pokemon were some of the best designs since Generation II as well. A lot of people are quick to point fingers at the Vanillish and Trubbish lines of the region, so I’m making it my personal mission to talk more about Generation V whenever I can; starting with my boy Krookodile.

Krookodile is an absolute beast of a Pokémon in a somewhat shallow pool of respectable ground type monsters. Coming kitted with both Ground and Dark types, access to an amazing offensive pool and amazing abilities in both Intimidate and Moxie, this dude is no basic Schnappy. His kit is just as fierce as his looks, he can sweep your team with little setup and best of all he’ll do it without breaking a sweat. I still use this bad boy to this day and my only regret is that he has a god awful shiny form.

Also Ash has one that refuses to not wear sunglasses. What a dude.

Gen IV and V are something of a blind spot for me. For some reason *cough Garbodor cough*, in my late teens I had determined that some of the Pokemon from those generations weren’t to my taste, and so I painted with far too broad a brush, missing out on the likes of Garbodor, but also gems such as Krookodile. I’m gutted that I had to learn of Krookodile through later entries and not in the way it was always intended, but that said, this gives me more reason to finally go back and play those older entries!

Krookodile sounds like a person putting on a bad pirate accent in the anime and that makes it great. He also possibly has the best winged eyeliner game out of all the Pokemon released so far. Plus, black and red are a great color scheme. This croc has a cool design. Krookadile is also just a really solid final evolution. You start with a cute little Sandile and end up with a bad ass. If it wasn’t for the lackluster middle evolution Krokorok, I’d say this line has alternate universe starter potential. Although, to be fair plenty of starters have awkward teenage years. Other than that I don’t have too much investment in this ‘mon. Krookodile isn’t one of my personal favourites, but I wouldn’t outright laugh at anyone for holding it dear.

It feels like only yesterday, but Pokémon Black & White released almost 10 years ago. While exploring the Unova region I came across a lot of strange things; gym leaders mainly being weeb icons, a hypocritical Pokemon activist group, a boy named after just one letter, a sentient ice cream, a legendary that is literally a husk of its former self and a Pokemon plot that is actually pretty great (*giggles). That’s only the tip of the Avalugg.

I would be remiss if I didn’t bring up Krookodile in this “that’s so Unova” list. It is a Pokemon that if you had any

taste you wouldn’t be seen anywhere near. It’s so obvious it is in the name. Crook crocodile. Are you a fan of dishonesty? Are you ok with a Pokemon who’s Pokedex

entry describes it as a “very violent Pokemon”? Would you swim with a crocodile (no you wouldn’t, you’re not Steve Irwin, stop telling your overseas friends you are just because you’re Aussie)?

Fair enough if you caught one for Pokedex completion, but if you want to be taken seriously as a trainer, maybe leave your Krookadile in Pokemon Home.