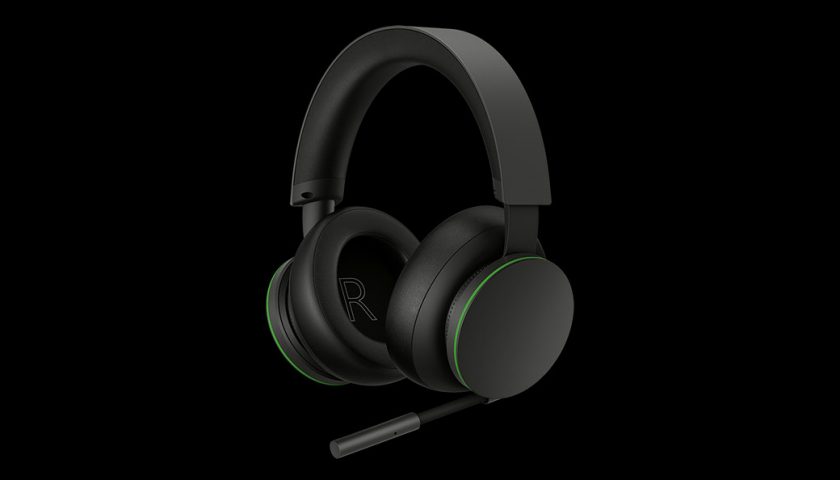 Due to the nature of how the Xbox handles sound, I have been on the lookout for a good headset for quite some time now. I have some high-quality PC/PS headsets that do a wonderful job, but up until recent times, I have been using a wired set for my Xbox, simply because the idea of spending a lot of money on another headset bothered me. However, when the Xbox Wireless Headset came on to the scene and generated a huge amount of praise, I relented and splashed the $150 to see what all the fuss was about.

As it turns out, it was $150 well spent. Bang for buck, these have to be just about the best set I have ever used. There are a lot of features here that aren’t standard in sets costing double the amount and it performs every task wonderfully. But let’s start at the beginning, the look and feel. The whole headset feels like a high-quality product. Nothing feels cheap or flimsy. The adjustable headband gives the impression that repeated use won’t be a problem. The earpads are comfortable and don’t give off that plastic-feel that so many headphones in this price range do and they fit over my elephant-sized ears comfortably.

Perhaps the most impressive thing about the design though is the minimalist style. On the left ear cup is a dial that switches between mic audio, game audio or both and a microphone that wraps nicely away when not in use and on the right ear cup is a volume dial and that’s it. It is a wonderful layout that leaves no guessing or fumbling for dials when in the middle of the action, something that almost every other headset has yet to grasp.

As far as the sound quality is concerned, it is a solid performer all-round. Game or music, there is no distortion at higher volume levels and it handles spatial sound in games like Resident Evil 2 or Halo with ease. There is nothing like playing a horror game with a good set of headphones and these bad boys performed admirably. The microphone was surprisingly good too. It won’t beat a proper stand-alone mic for quality, but it should be perfect for someone who occasionally streams or just wants to chat with some teammates while playing. Once again the quality at this price range is what is the most impressive thing. Sure they don’t match a high-end Bose or EPOS headset, but then again, they aren’t $500 either.

Finally, perhaps the most important thing in a wireless headset is the battery life. The box says 16 hours and in my testing, it went pretty darn close to that. Its ease of use can’t be overstated either. No dongles, no connections, just a one-button setup and my Xbox automatically did everything that needed doing. Now if I want to use them, I just pick them up, press the on button and away I go. I cannot stress how important that is to me. Fiddly tech is the bane of my existence and stuffing around with settings to make things work makes my teeth itch. This set from Xbox is like all my (admittedly nerdy) tech dreams have come true.

In the end, there is no other headset out there that does everything that the Xbox Wireless Headset does for the price. Its sound quality is comparable to much higher priced units, its design is exceptional and actually using the product is a dream. Much like their Elite controllers, Microsoft has shown that they understand the importance of functionality and useability and have brought that understanding to this unit. To Xbox gamers everywhere I say this, you can’t do better for the price, but you can do much much worse.