I love it when my expectations for a game are surpassed. I don’t want to sound like a bloody know-it-all, but when you have been doing this reviewing thing for a long period of time you get a sense of what upcoming titles will be of a certain standard and which ones will miss the mark. So when a game comes along that you had pegged as pointless filler turns out to be a must-play for franchise fans, well I have to say it brings a big old smile to my face. Such is the case with Watch Dogs Legion: Bloodline.

I will get this out of the way right now. I quite enjoyed Watch Dogs Legion. In my review, I said it felt like a fun experiment that never quite lived up to its potential, which was mainly due to the “play as anyone” gimmick. This lead to a disconnect from the story and a lack of ownership and immediacy. Well, I am pleased to report that the first major DLC for Legion, Bloodline fixes that problem and as a result is possibly some of the best DLC that Ubisoft has ever produced.

One of the reasons I thought that this would be just a piece of filler is the focus on Aiden Pierce, the main character from the first Watch Dogs. He is generally considered a dud as far as lead characters go. Generic, white vigilante with a chip on his shoulder that had all the personality of a concrete slab. But I am pleased to say that Bloodline is something of a redemption story for Aiden. He is initially that same old unlikeable sod, but as the story goes on, players will get the chance to really examine his motives and how much his past shapes who he is. This allowed me to empathise with Aiden in a way I never could in the first game, making him more likeable in the process.

Watch Dogs 2 fans should also know that everyone’s favourite spike sporting, digital mask-wearing, hacker extraordinaire Wrench is present and playable. His off-beat sense of humour, immediately likeable visage and general attitude make the perfect foil for Aiden’s gruff and sometimes uncaring exterior. The two play off each other in wonderful ways, with some cracking scenes brought to life by some of the best writing in the franchise.

The story for Bloodline is set before the events of the main game, just after the London bombings. Aiden is hired to steal a piece of tech that can help control a robotic police force but he is beaten to the punch by Wrench who has his own reasons for wanting that piece of tech out of corporate hands. From there, things get into some deep sci/fi themes, heading into Blade Runner and Ex Machina territory at times. Some of it is a bit rough but there are some absolutely brilliant sequences that more than make up for the not-so-great parts. There is one chapter when you get to explore the mind of Aiden that delved into an almost Alan Wake style setting, with shades of horror and suspense. It is a wonderful sequence that I am sure will stick with me for a long time to come.

The whole DLC package can be finished in 6-8 hours and there is very little fat on the bone. There aren’t any of the usual Ubisoft collectathon objectives that usually pop up. Instead, there are some well-curated and entertaining side missions that in many ways lay the groundwork for what Deadsec becomes in the main game and the central story missions. So instead of spending your time chasing down silly time-wasting objectives, everything in Bloodline has a purpose and as a result, there is a wonderful sense of progression that was missing in the main game, which often felt like you were getting nowhere fast.

As far as gameplay goes, there isn’t anything here that rewrites the rules of what a Watch Dogs game is, but it takes the established conventions and uses them in an entertaining way. There were no points in the game that I felt I was dipping into boredom or repetition. Ubisoft has made smart use of their established systems and made some of the most entertaining missions in the franchise as a result. It is all that a fan of the IP could ask for in a piece of story DLC and something that is, unfortunately, a rarity.

With Bloodline, Ubisoft seems to have made the realisation that a central protagonist is essential to telling a good story. Their focus on two previous characters who are almost the direct opposite of each other is a masterstroke and one that should keep fans of the franchise entertained for its entire length. In the end, it is just more Watch Dogs, but it is also equal to the best Watch Dogs has ever been and that is something no one expects from a piece of DLC. Let’s hope this is the sign of things to come for the franchise because if it is, Watch Dogs has a bright and long future ahead of it. 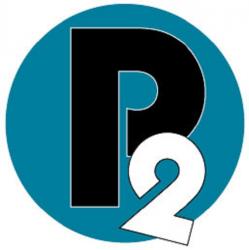