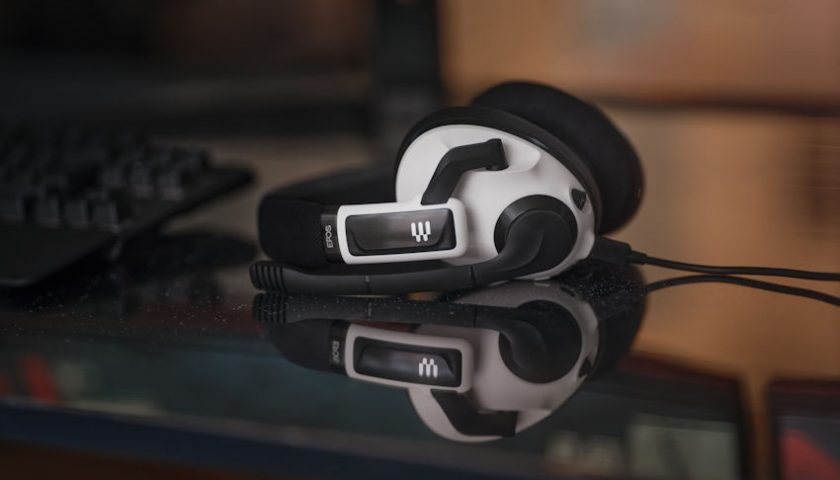 If you’re like me and have always shied from being brave enough to lay down serious moola on an expensive pair of cans, then this article might help you. I’ve never felt justified in spending much on headphones, even though music is a large part of my life and I totally understand how magical high-quality audio can sound on the right equipment. The most I’ve ever spent on a pair of over-ears is $50. I would estimate that I spend 90% of my time using cheap earbuds. It’s a rut that I’ve just never been able to get out of. They’re easy to whip in and out and I don’t care if they get abused or broken.

Until now. Of course, going from cheapos to something that sells for around $270, there’s bound to be an obvious quality jump, but I have to say that there is a subtlety to the H3 Hybrid that unfurls over time. That said, the first time I listened to the new Tremonti album with these I said, “Holy shit!” out loud. Of course, I couldn’t hear myself, but the reaction was genuine. It sounded like a band was playing in two little rooms connected to my ears. There is pure space created here, with deep bass and crisp distinction, super smooth and undeniably impressive. And they’re not loud. I have assumed that louder is better, but it’s not. The Hybrid features a volume disc that beeps at a surprisingly low max, but it’s not about volume – it’s about quality. And the cups do a great job of cutting outside sound anyway, so you don’t need anything to be super loud to enjoy the experience.

This is true for games, too, where the headphones kept a lid on potential damage to my ears. Everything is clear without blasting at you and it was only when my wife walked in, talking to me, wondering why I hadn’t answered her, that I realised how well they block outside noise. It has therefore been a bit of a readjustment for me to appreciate a more equalised level of quality.

Comfort-wise, these are not very adjustable, but I prefer rigidity to flimsiness. The cups are at a set angle. You can increase or decrease the height of the headband, which is so sumptuously padded and lined that there is a pleasure to be had in caressing and squeezing it with your hands (it’s not weird, I promise, try it). There’s also an included boom mic that can be completely removed, which I did immediately because I never play online.

In terms of ease for gaming, the only real issue is that PS5 and Xbox X/S do not like Bluetooth headsets. You must connect it directly through USB-C, which this headset thankfully has, but of course, that requires a long physical cord attached to the console. A much better option is to use the provided headphone jack, which comes completely out of the headset whenever you wish to go wireless. The cord feels very sturdy and I don’t have any issue with using it. Another option for consoles is a Bluetooth transmitter, but that’s only if you have one handy or absolutely need to connect wirelessly. When I connected via Bluetooth to my Switch, the experience was seamless.

There’s another option to allow you to connect two devices to the Hybrid, so you could be gaming and take a call or listen to music. This isn’t something I would usually do, but I can see the appeal of, say, listening to podcasts while zoning out with a favourite title. This requires you to be wired to one source and then connected wirelessly to the second. This might also help for some consoles where the online chat tool is tied to a mobile app. Again, not something I’d use, but a cool feature nonetheless.

Battery use is good and I never encountered any issue playing for hours at a time. When you turn the headset on, a woman’s voice tells you a rough percentage of the remaining battery. She will also speak a warning when you drop to 20%. Recharging is quick and performed through any powered USB-C connection, including consoles. Just be aware that if you connect it to a console or PC to charge, it will turn on – I had one flat battery episode because I didn’t realise this and it connected to my phone automatically for who-knows-how-long, resulting in a depleted headset when I went to use it. It must be manually turned off each time.

The Hybrid is supremely comfortable to wear, with soft, thick cups and enough padding on top that it feels like you are putting a light leather couch over your head. I felt no irritation after several hours of use, which – let’s face it – is about the maximum I ever get these days before RSI or bone tiredness sets in.

This is a quality step up for someone who wants to extend their purchase bravery. The option to pull the mic off and a detachable audio jack makes the Hybrid versatile across both gaming and music. Audio quality is top-notch and delivered at a sensible volume, while the option to have two devices connected simultaneously is always there. Support is delivered via a PC app, where you can set EQ levels here and update firmware. The EPOS H3 Hybris will continue to be my main way of engaging with my consoles and I greatly look forward to rediscovering albums with a broader delivery of sound than I have been used to from cheap earphones.