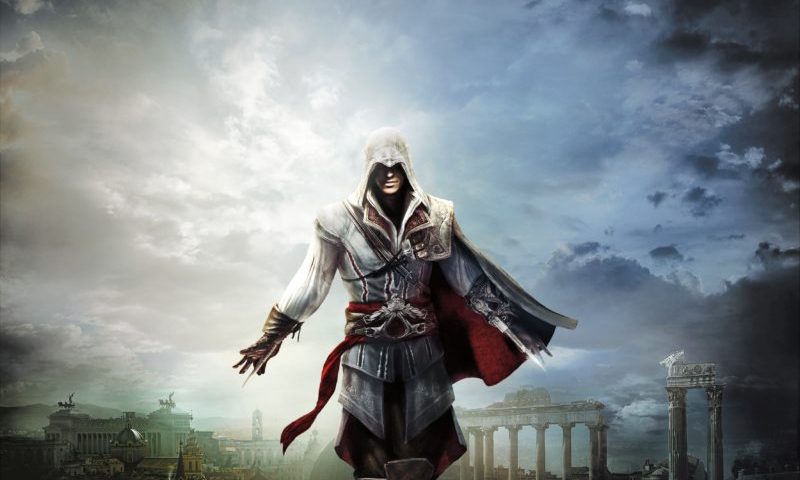 As the franchise itself crosses a monumental threshold of 100million sold units, the Assassin’s Creed franchise is taking a step back to respect its past this year. Ubisoft has today announced that Assassin’s Creed: The Ezio Collection will be available on November 17 for owners of both the PlayStation 4 and Xbox One. The Ezio Collection will bundle together all of the famed the dashing assassins last gen adventures including his debut in Assassin’s Creed II, as well as sequels Brotherhood and Revelations.

The collection will only bundle together the three campaigns, with Ubisoft opting to omit the multiplayer modes that were available in both Brotherhood and Revelations. However, the collection will include the single-player DLC that was released post-launch initially. Players will also be given access to Assassin’s Creed Lineage and Assassin’s Creed Embers; both being short films that offer an extended glimpse into the background of the charming star of the trilogy – Ezio Auditore da Firenze.

2016 is, of course, the first year for the better part of a decade where we’re not getting a new, mainline Assassin’s Creed game, though earlier in the year we did get the second and third acts in the Assassin’s Creed Chronicles sub-series. The Ezio Collection will be out November 17th and will serve as your shot of core Assassin’s Creed goodness for 2016. As for the future of the franchise, keep it tuned to Player2.net.au for more as it breaks.