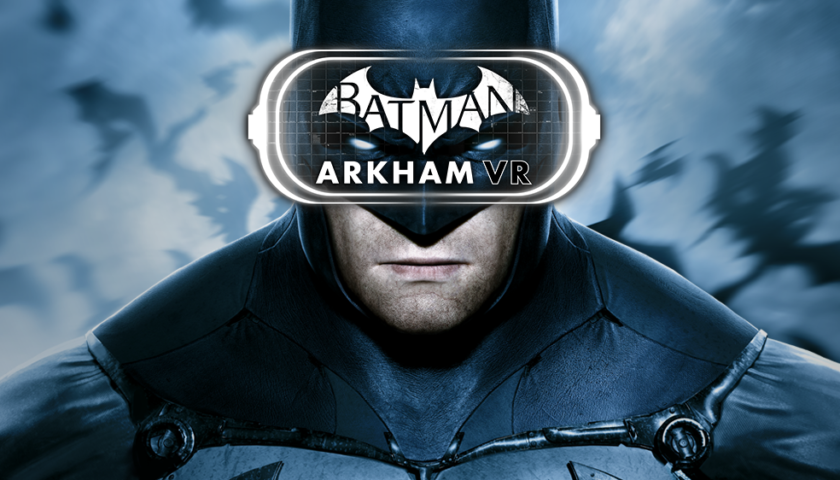 Developer Rocksteady remained relatively quiet after finishing up the DLC for 2015’s Arkham Knight, with many assuming they had wrapped up their work on the Caped Crusader forever. During E3 earlier this year, they instead announced Batman: Arkham VR and confirmed my suspicions that Rocksteady still had more in store for the character.

Batman: Arkham VR is a short, detective-lite experience that takes elements from Arkham Knight to tell a story closely tied to the events of that game. Opening with the death of Thomas and Martha Wayne in Crime Alley from the perspective of a 10 year-old Bruce Wayne, it jumps to current day Wayne Manor to follow the World’s Greatest Detective through a single case in the city of Gotham – the disappearance of Nightwing.

Rocksteady created a fantastic world in the Arkham series which Arkham VR takes liberally from – the world is detailed, but sadly interaction is limited and those looking for the full range of mechanics from the main series games will be sorely disappointed. Combat, vehicles and flight have all be excised in favour of crime scene scanning which makes up a majority of the interactive portions of Arkham VR. Traversal is achieved through use of Batman’s Grapnel Gun to various points around the Batcave and locations throughout Gotham. From these static points, there is a small amount of exploration that can be done within the limits of the PS Camera’s tracking and a sprinkling of easter eggs sure to delight dedicated Bat-fans. If it sounds like I’m trying to temper expectations here, it’s because I am – how you react to Arkham VR will probably depend heavily on what you expect out of it. As it stands, Arkham VR is one of the titles I use to give quick demos of the PSVR to friends, family and students and the response to its opening section has been overwhelmingly positive.

Batman: Arkham VR is probably my favourite experience up to this point with the PSVR system. I hesitate to say game, because despite being extremely enjoyable the first and second time around, it doesn’t have a high degree of replayability. It’s short run time, whilst perfect for a Player2 Blockbuster Review, is also an issue that has been noted in most of the coverage on it, clocking in at around 4 hours to completely 100%, collectibles and all. This to me is sort of a back-handed compliment however – yes, Batman: Arkham VR is short, but in my mind the larger problem is that there isn’t more of it. I’d love to see Rocksteady expand the current game via DLC or even provide a longer, more robust sequel that focuses on the crim-solving side of Batman.