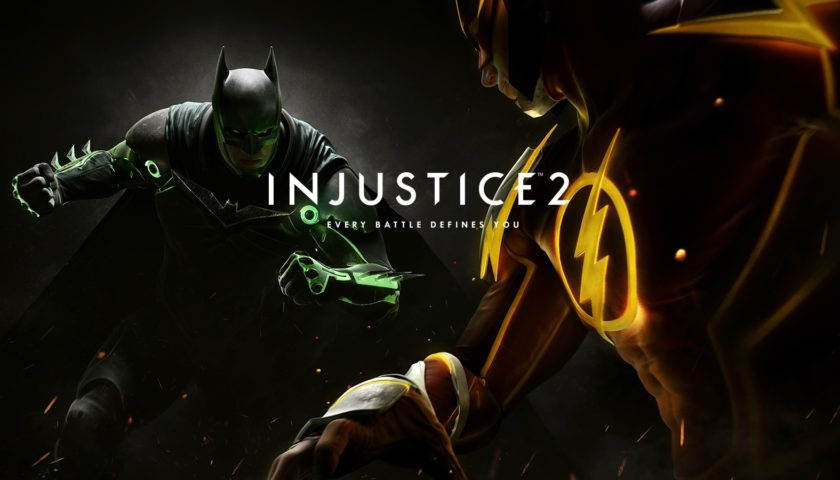 Fighting games can be a very tribal thing. For every Smash Brothers fan, there’s a Mortal Kombat fanboi wanting to smack talk their game of choice with a detailed list of reasons that they and all their friends agree with. Moving away from this, anyone with a scent of logical thought will tell you that multiple fighting games are a great thing for competition. Competition breeds diversity and the end winner is the consumer. The latest brawler to throw its hat in the ring mix is Injustice 2, a title that pits DC’s greatest villains and heroes against one another and is developed from the same minds that brought us Mortal Kombat X, Nether Realm Studios (NRS).

In true NRS style, the game comes complete with a story campaign with a narrative that actually sounds like a team actually sat down and developed a coherent plot (glares at Capcom). The story picks up where the first Injustice left off. Superman remains in prison, the Justice League is disbanded. Batman is left as the figurehead trying to pick up the pieces and maintain justice in a world of turmoil. Very quickly a new threat is introduced, Brainiac, whose presence and motivations reignite old alliances and thrust the world’s heroes into action. Without a doubt, NRS has once again knocked this out of the park and further solidified themselves as the masters of storytelling in the fighting game genre. The characters are all scripted well, with dialogue that isn’t over done or clunky. This is topped off with on point voice acting and character arcs that are believable.

Single player content, such as this excellent story, is proving to be a pivotal addition to a genre that historically never gave a damn. Whilst it can be nice to play online, ranked, tournaments or with friends, there are times when just sitting back on your own and de-stressing with some single player content is the way to go to further enjoy a fighting game.

Graphically speaking, there isn’t too much improvement from what we’ve seen in the latest Mortal Kombat X game. This isn’t a negative though, the characters are all designed well and effort has been put in to show us that every character looks (and feels) very different from one another.

The meat and guts of this game aren’t in its flash visuals or its ability to tell a tale. Oh no, it’s about the way it feels and plays. For anyone who’s played a few fighters, simply saying ‘Well, it’s an NRS fighter’ would be all the information you’d need, but let’s expand more on that. Similar to the MK games, attack strings and combos are done in a sequence that cancels out the previous move rather than a timed link seen in a Street Fighter game. This means that you’re inputting your buttons without any real confirmation that the hits landed. The more skilled players will extend these combo strings after a launch attack or knock back allowing the successful attacker to juggle their opponent further depending on screen position or metered specials. If you’ve played the first Injustice you’ll feel right at home here, its dynamics and systems shadow its predecessor and tweaks them enough to make the sequel feel slightly better in many ways.

For some this is a bit of a deal breaker as it’s a way of playing that simply doesn’t gel with their preferred ‘feel’ and doesn’t really allow for a lot of combo diversity that say a game like Guilty Gear or Ultra SF4 would have. The general mix up you’ll most likely see at the higher levels of this game is one player spacing successfully and starting an attack string where the attacker will sneak in an overhead or low hit and then extending this for max damage. It’s not everyone’s cup of tea but it definitely makes the mind games fun and can be fun to sit back and watch a match.

There are some issues though, NRS has never really had a good resume when it comes to balancing their cast and often smash out patches semi-regularly as a result. Even though it’s early days, it’s fairly safe to assume we’ll see the same trend here with some characters clearly being a better choice that have a lower skill, higher reward feel to them. This leads into my next criticism, much like its first outing, Injustice 2 favours zoning a lot more over your typical ‘in your face’ style of playing and feels like picking someone with some good projectiles is the way to go if you want to rack up some easier wins. This is even more of a hassle to deal with when the game allows you to create a lot of distance between one another when compared to other 2D fighters. The only caveat I can say here is that it’s still early days and we truly don’t know the depth that this game can bring, there are special gap closers that any character can use and as the eSports scene picks this title up we’ll no doubt see some new tech that might drastically change our minds on this.

This is a game that, unlike Street Fighter V, I could honestly recommend to friends and family. There’s so much content here that appeals to a wide range of gamers, the Multiverse, Guild addition and gear loading is enjoyable as a distraction from its normal ranked style online mode and the online netcode is using the GGPO update that MKX ran with and is proving to be solid right out of the gate. What this really comes down to is what kind of gamer are you? Competitive players who love the way NRS fighters will not be disappointed and any grievances they have with tier lists will no doubt be patched fairly quickly. Casual audiences will enjoy the large amount of solo content on offer and are introduced to how the game plays with an easy to follow, yet extremely helpful, tutorial.

If you’re not in either of the above pools, then this game probably isn’t for you. This doesn’t mean there’s anything wrong with you or the game, just that it’s not your cup of tea.