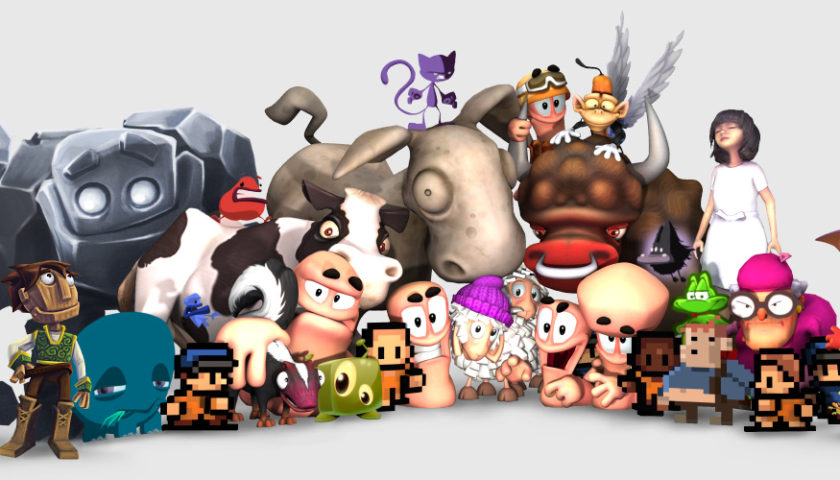 Team 17, the UK’s longest running independent label and brains behind such hits as Worms, is hitting the E3 showroom floor in a big way. They are bringing four brand new games to the show, all exciting and unique. Check out their line up (and trailers) below and let us know if you are keen for more info on any of these games.

Developed by Austin, Texas-based Mothership Entertainment, Aven Colony is a sci-fi city-builder set on Aven Prime, an alien world of deserts, tundras and wetlands light-years from Earth. In this rich simulation of an extra-terrestrial colony, players will build, customise and maintain their settlement, manage their resources, encounter a variety of alien life forms and look after their citizens – all while dealing with the challenges of life in an entirely new solar system. Will your plucky settlers survive and prosper on this exotic alien world, and uncover its many secrets?

The Escapists 2 is the forthcoming sequel to the multi-million selling, award-winning sandbox prison-escape game. The Escapists 2 will feature multiplayer, a first for the series, as well as new ways to escape, new items to craft, a completely revamped combat system, new customisation options and more!

In a near future ravaged by wars; corrupt regimes and global capitalism left unchecked have resulted in natural resource over-exploitation and pollution devastating the planet. As the Captain of a Genesis starship, you journey into uncharted space on the ultimate mission. Build and manage a space vessel, farm resources, deal with terrifying alien infestations, clone creatures and explore a vast, randomly generated universe.

Your goal: Find new homes for humanity’s DNA and save the species from extinction.

Yoku’s Island Express is a unique and quirky pinball platform adventure with handcrafted visuals. Flip and bump our pint-sized protagonist around the stunning hand-painted island on your quest to rebuild the post-office, discover the mystery of the Fruit Altar, and wake an old god from its deep slumber.