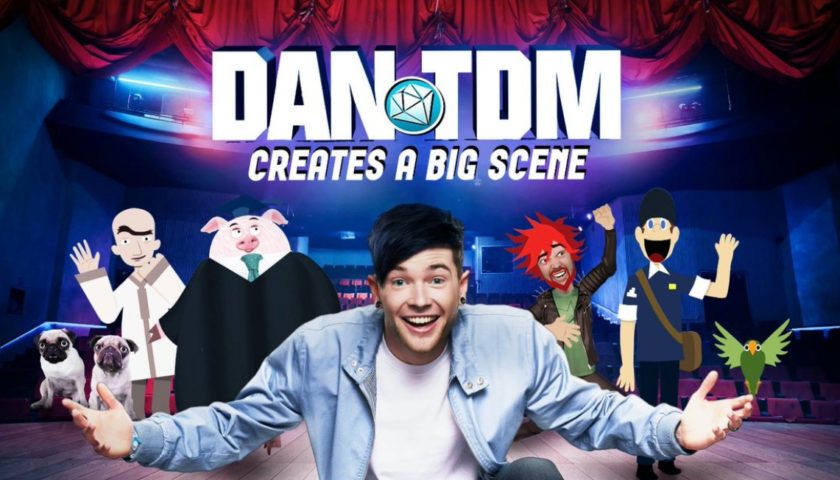 Dan TDM to the Rescue

Look we all know there have been a lot of bad news headlines regarding a couple of well-known YouTubers lately, not to mention the constant nastiness that a small section of the gaming community feels compelled to spread. Here at Player 2, we don’t like to report on that sort of thing, we feel there are others better suited to do so and that we don’t need to spread the horrible.

But good news stories…. that is just out thing and we have one such story. Dan TDM (parents will likely know who he is) is a very popular You Tuber that aims his various shows at kids. He recently was in Australia for a tour, with kids all around the country eagerly snapping up tickets to his live show. But what happens when a kid, who saved all his money to see Dan (and buy flights) couldn’t because Sydney Airport was shut down due to a tower control issue? Well, I will let you read an open letter from the Mother of said child to see what happened.

Months ago, when my 10-year-old son Tait found out his favourite YouTuber, Dan TDM, was coming to Australia he asked me to get tickets and told me it would be like me seeing Janis Joplin. I had no idea that day at 2pm the Sydney shows would sell out right in front of my eyes while I kept refreshing the page to buy tickets. I was devastated for him, but as Tait earns his own money acting in TVC’s he asked me to get the Melbourne tickets and he would pay to fly himself and his dad down to Melbourne to see him. That show he was now super excited to see was scheduled for September 25.

Well, September 25 came quickly and off Terry and Tait went to the Sydney Airport at 7:30am to fly down to Melbourne to see the Dan TDM show. Of all days, Sydney Airport suffered control issues meaning that their 10am flight was delayed until 1:15pm. Tait wasn’t going to make the 2pm show in Melbourne. Realising this, he and his dad were so upset. To add to their heartbreak Virgin airlines said they couldn’t refund the tickets and they left the airport heartbroken.

Meanwhile, I stepped in. I couldn’t believe this was happening to my excited little man and remembering how he compared it for me to understand how important it was to him (Janis Joplin), I had to do something. Firstly, I phoned Virgin Airlines and after speaking with a Manager got Tait’s $650 refunded. I then took to Twitter to share my husband Terry’s heartbreaking post looking for Sydney tickets after he explained what happened to Tait. He was asking if anyone had tickets to sell.

What happened after I posted that is incredible. People were sharing my post and asking Dan TDM to help. It wasn’t long before Dan TDM personally messaged me and offered 2 tickets to his sold-out Sydney show. It was incredible. Tait still can’t believe that his hero, is truly that. He has made one little boy so extremely happy and I will look up to him forever.

Tait falls asleep to Dan TDM youtube videos and never again will I make him turn them off to get sleep. He can listen to him all night.

Thank you, Dan TDM, from the bottom of our hearts.

A good news story if ever I have heard one. A small gesture from Dan that made a massive difference to a fan. It is also nice that these new superstars remember who their fans are and are not in it to gouge them. It is nice to see this sort of thing and it is the reason that we are spreading the story.

Well done Dan TDM. You have earned a standing ovation from the Player 2 Crew.