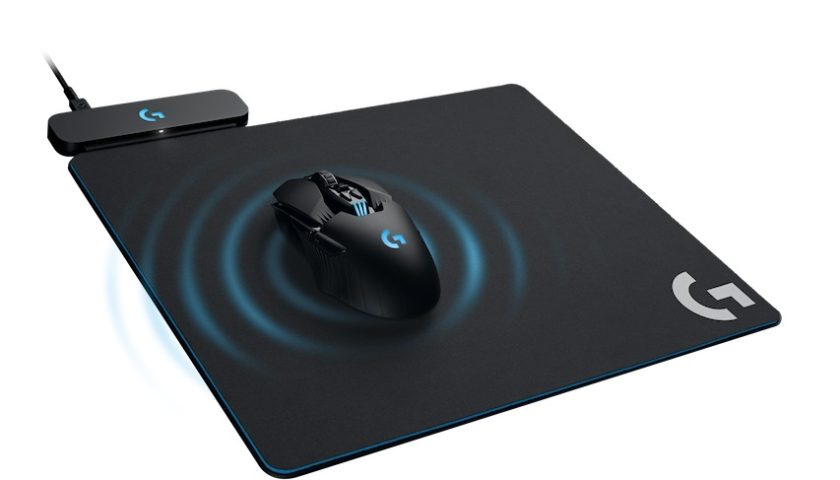 MICE are such a vital part of any computer setup that we pretty much take them for granted – those oval contraptions with clicky buttons and a scroll wheel that are vital for doing pretty much anything on a PC.

This is fine for when you’re doing Actual Work, but since you’re reading Player 2, you’re here for games, and as gamers we’re known for wanting a bit more out of our mice, with things like precision, customisability and handling being key considerations.

For the past decade or so the mouse user has had two fundamental choices: Wired or Wireless.

A wired mouse is attached to the PC via a USB cable and draws its power from there, but the cords can be a nuisance and get in the way.

Which leaves wireless mice, which have no irritating cords but do have batteries which are given to running out at inopportune moments, like when you’re the last one defending the point in a particularly tense Overwatch round.

Logitech has managed to solve this problem with something straight out of the realms of science fiction – with wireless mice that are charged via a special mousepad and thus don’t need to be plugged into anything themselves.

The pad, known as Powerplay, features a wireless mouse receiver along with a special mousepad that, according to Logitech, “creates an energy field” which charges the mouse as you game. It’s worth noting the system is only compatible with two mice at the moment – the Logitech G703 and G903 – so you can’t use the pad to wirelessly charge your mobile phone or anything like that.

The technical elements of how the system works are quite intriguing, but from a more general perspective, how does it work in real life for the average person?

Rather well indeed is the short answer, after the folks at Logitech lent me a Powerplay pad, G703 mouse and G903 mouse for a few weeks to test them out.

The top-end gaming arm of the duo is the G903, which is also configurable for left or right-hand use and features the option to add two extra side buttons, bringing the total to eight plus the scroll wheel.

The G903 scroll wheel can also be easily switched between a free-spin mode and a “notched” mode, providing the choice between seamless scrolling or tactile feedback depending on the user’s preference.

Both mice are well designed, and even though the G903 has angular lines reminiscent of some of the more recent Batmobiles, it’s still very comfortable to use.

The software that comes with the mice allows for them to be reconfigured for whatever commands the user likes, and also includes heat mapping utility so you can see which buttons are getting used the most in a particular game. The LED lights can also be reconfigured as well if that’s something which the user wants to do.

As a bonus, both mice work as conventional wireless mice (via an included adaptor; the batteries last about 20-25 hours depending what you’re doing) or as a corded mouse when attached to their charging USB cable directly, which further adds to their utility.

While charging via the Powerpad is glacially slow, the idea seems to be that once the mice receive an initial charge via the USB cable to set them up, they’ll pretty much sort themselves out power-wise after that; I certainly had no issues in the time I spent using both mice.

As a tech and games journo, it’s refreshing to see something that’s not only a legitimate solution to a problem, but that does exactly what it says it does and feels like a useful product rather than a gimmick.

While the technology works and does what it’s supposed to, the real question general users will need to ask is if it’s worth spending the extra coin for a self-charging mouse, or if a more conventional mouse might be just as effective for their needs and friendlier on their wallet.

Regardless, Logitech deserves credit for bringing something genuinely innovative to the market and if you’ve got the budget and are looking for a wireless mouse without the trouble of changing batteries or running out of charge at problematic times, this is definitely your solution.