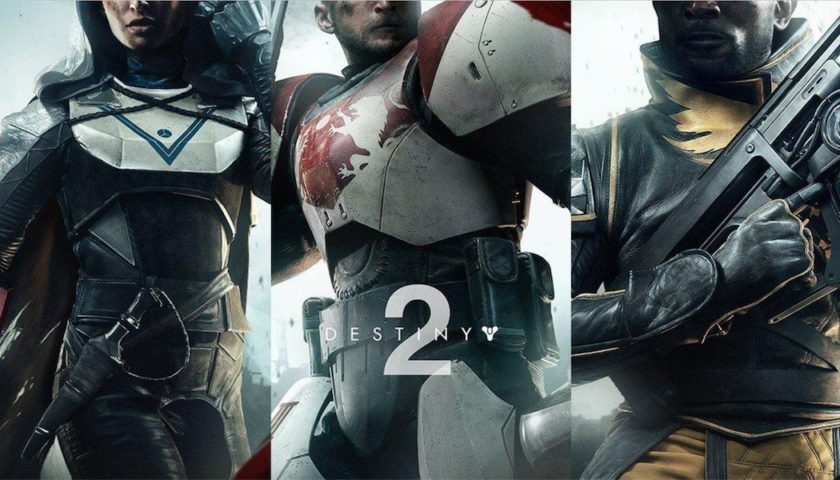 When Destiny failed to appear on PC many were upset, confused or angry. After all, Destiny seemed like a perfect fit for the PC and would have no doubt created a large community of keen guardians prepared to bring light back to the solar system. Sadly it wasn’t to be but thankfully Bungie is fixing that problem for round 2. Destiny 2 is getting the PC release that fans have been screaming for but there is a catch.  Destiny 2 is hitting PC’s a month after the console release. Will this time be used to make this the best version of the game? My time with the PC Beta says yes.

The first thing I noticed was how good everything looked. Running on a high-end pc the game was stunning. Wonderful use of colour and the enemies all look sharp and well designed. Everything has had a facelift and it is apparent that Bungie’s graphics team paid extra attention to the small details. The other impressive things were on the technical side, with massive open levels and often dozens of enemies and explosions at any one time there was nary a frame rate stutter. Smooth as New Orleans Jazz show. The draw distance was also something to marvel, at one point the entire (extremely large) map was visible, with no noticeable pop-in effects. I feel safe in saying that this is no lazy PC Port as it seems Bungie are doing everything in their power to optimise Destiny 2 for the power of the PC.

The main chunk of my time with the beta was spent going through the included strike mission. Not too much on the surface has changed with strike missions but I did notice a lot of small things had been improved and refined making it a clear upgrade over what was on offer in Destiny one. The map size is perhaps the most notable change from the first game. The map in this strike is huge, with multiple paths to the objective. It feels much more like a Battlefield or Crysis map than what was present in the first game. The strike also seemed to be broken up with a little more variety this time. I was facing waves of enemies, jumping over floating platforms, tracking down assassination targets, avoiding the world’s most dangerous mining equipment and dealing with a boss that goes through three different stages of attack all in the one strike. It was, I must say, a whole lot of fun, especially with friends and I can only hope that all the strikes are this well put together.

PvP is also in the beta with a couple of game modes to sample. A standard domination mode and a mode where teams take turns in attempting to set off a bomb while the other team defends it. Both were fast paced and the net code was rock solid. It seems that those who spent millions of hours in The Crucible in game one are going to be very well served here. As always my biggest worry about PvP in this sort of “looting” game is the weapon balance and avoiding an unfair playing field, but we will have to just wait and see how Bungie handle that issue this time around.

I still have a lot of questions about Destiny 2. What improvements are there in the end game? Do I still need a degree to work out the leveling system? Is there a Dinklebot easter egg? But despite these slight reservations, I am rather excited by what I have seen so far. The game is looking like a slick and upgraded version of the original game, a game that has taken what has come before it and honed in on what made it enjoyable. I was keen for Destiny 2 before playing the beta but now I am downright eager. It is also wonderful to know that PC players are being well looked after and despite having to wait an extra month, they may actually get the best version of the game.