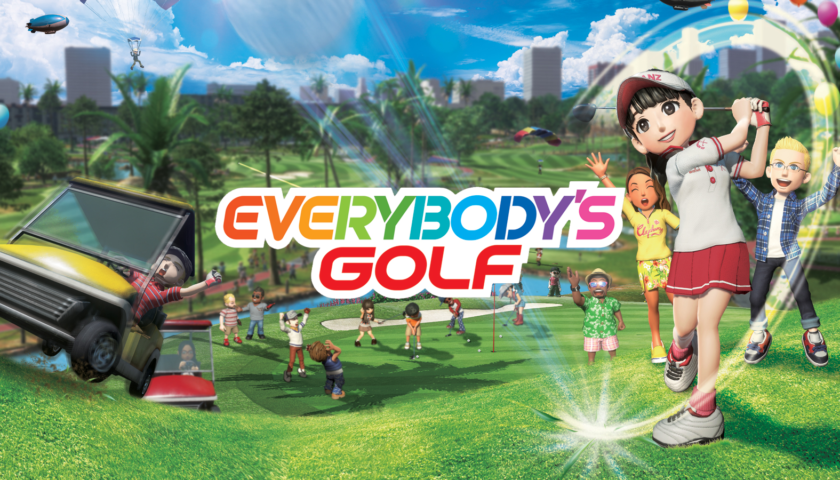 As someone who doesn’t particularly follow sport of any kind, it might seem odd that when it comes to video game representations of sport, golf has always been my preferred choice. That is, until I reveal that it’s the Everybody’s Golf series that has been my virtual sport of choice. From the PlayStation One through to the PlayStation 4 with detours via the PSP and Vita, Everybody’s Golf has been a constant gaming companion, providing an accessible evergreen experience without the pressure of yearly updates. Developer Claphanz has spent a long time tweaking the Everybody’s Golf formula for the PlayStation 4 and I feel confident in saying that their latest effort is also their best.

Everybody’s Golf does the utmost to live up to its namesake, creating an experience that caters to casual and dedicated players alike. A lengthy single-player opening section introduces the gameplay loops slowly but may be a tad annoying to returning players, especially because the majority of courses are locked behind a fairly lengthy single player campaign. I’ve heard it mentioned by players more experienced than I that the bright, super-deformed Japanese aesthetic masks some extremely robust mechanics underneath making Everybody’s Golf more than just an ‘arcade’ title, with the scores of online players revealing a level of finesse in play that I could only dream of. The courses on offer provide a range of difficulties and work in conjunction with Rival players unlocked throughout the single player to develop different skills. For those players paying attention, you will be overcome with the feeling that Everybody’s Golf wants you to succeed, provided you put in some effort. Rather than purchasing club upgrades through the in-game store like previous entries, stat increases are now awarded on through player performance on a per-club basis. Making long distances with your driver will give it a stat increase to Power, allowing even further drives. Getting close to the pin on the green will similarly increase the Control stat, making shots more accurate. This slow increase in club performance allows players to really get to know their clubs and make more informed decisions as to what they should be using for a particular shot.

Among the most welcome of the changes to the longstanding formula is the online open-world course traversal, which feels much more compelling than simply selecting options from a menu. New activities like fishing and hidden items dotted around the course encourage exploration, but are entirely optional and players not interested in these elements are still able to jump into a 9 or 18 hole round though menu selection. It’s also possible to play single holes repeatedly, a godsend for players like myself who want to fine-tune their performance without hopping in and out of different modes. Rounds are quicker than ever as asymmetrical design means players aren’t forced to watch the performance of either the AI or other players. Aside from the MMO-like open course online, Claphanz have included Turf War, a Team VS. mode in which players must race around the course scoring as highly on holes as possible against a time limit. While enjoyable, Turf War leads to another area of criticism, which will frustrate the more competitive players out there.

Unfortunately, there are slight elements of ‘Pay-to-win’ in Everybody’s Golf online in the form of Warp Tokens and Custom Clubs. Warp Tokens allow players to ‘Warp’ around an online course and come into play when attempting high scores in Turf War, given that the ability to warp from one tee to another can significantly increase a teams ability to up their score in the time limit. Custom clubs are unlocked once the player has cleared the single player mode and provide a significant performance increase over the base set used throughout that campaign when fully levelled. However, unlike the base clubs they are not improved through play but rather with Gems, which along with Warp Tokens can be found scattered sparingly around the open world but also purchased through the PlayStation store for those wanting top-tier gear without the wait. As I said, competitive players will find more fault with this but unless you’re looking to crack the Top 100 players consistently, both items can be collected slowly through normal play or even ignored – as silly as it sounds, part of the enjoyment I get from Everybody’s Golf is the fact that it doesn’t feel overly serious or competitive. The premise seems to push the idea that you should focus on enjoying the game and doing your best regardless of others.

A wonderful budget-priced title with no current competitors in the particular niche it occupies, Everybody’s Golf is a fantastic experience even for those who aren’t dedicated fans of the sport. As with others in the series, the PS4 iteration is sure to be an evergreen title worth revisiting time and again, at least until Claphanz put out another entry.