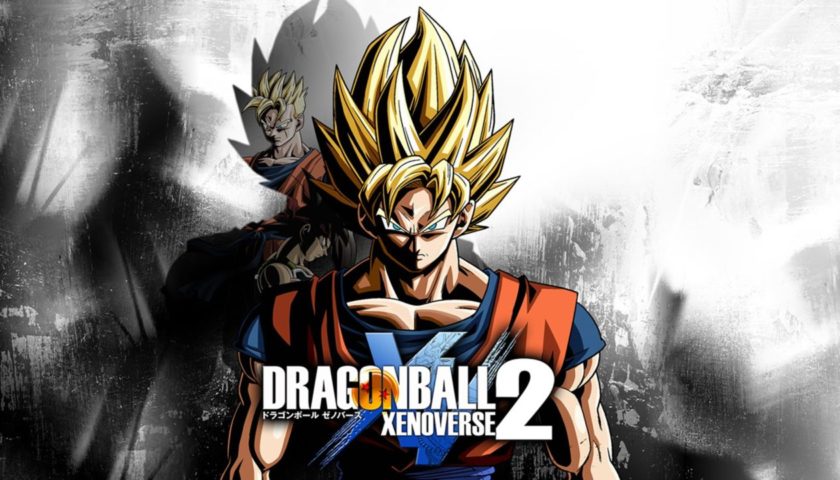 Occasionally here at Player2.net.au, we will play something that deserves your attention but probably doesn’t need a full review written for it. Be it DLC for the latest AAA title, a little indie game or even an Android/iOS title. We play these titles for a blockbusting amount of time (2 – 5 hours) and report back to you the reader on what we found. So grab your popcorn and settle in for the latest episode of Blockbuster Gaming.+

When I was a kid I often imagined what it would be like to be part of the Dragon Ball universe. I thought it would be so cool to be able to fly around with Goku and co, eat ChiChi’s food, swap outfits and hairstyles with Bulma and of course, befriend Vegeta; because we all knew he had a soft side under that hard exterior. In Dragon Ball Xenoverse 2, my wish to be part of the world was granted; it just kinda sucks that it was granted by some kind of bargain bin anime genie.

In Xenoverse 2, you are a time patroller who is sent on missions to protect history from being attacked and altered by evil intruders. You are told you must not alter history in any way but simply protect it from the bad guys- many of which are returning characters from the anime that fans will recognise and appreciate. The game appreciates that its stopping you from doing exactly what Trunks did in an entire season of story, and pokes fun at this numerous times, something I really appreciated (and not just because I was a diehard Trunks fangirl)

You begin by making your character from scratch, utilising a much bigger set of character creation options than I had anticipated. It’s entirely possible to make yourself in anime form, so to really get into the story I advise setting aside some time to do so. Or to make the most hilarious looking character you can, which, with the range of wacky hairstyles and NINETY different pupil options, is not that hard. Once your character is created and named, you enter the area of Conton City and begin your journey.

Xenoverse 2 offers fans of the series a chance to really get into the world they so love. You’re given the opportunity to run into familiar faces, challenge them to battles, and watch your own little dude (or dudette) become stronger and take on more challenging enemies, much like Goku and his crew do in the anime. Conton City is the hub where you’ll pick up all your quests and gear and grow your character into something awesome. It’s also where you’ll meet other players, as the game boasts features similar to an MMO, where you’ll see other gamers flying around looking for people to party with to take on some of the tougher challenges.

Unfortunately, I feel like the concept of this game works better than the game itself. Running around on the ground was fine control wise, but as soon as you unlock your flight license, the controls become really clunky and the camera work is uncoordinated at best. I’ve never known a game where flying makes it worse but here we are.

Battles, what should be the heart of a Dragon Ball game, are just another area where I felt let down. The basic mechanics are easy enough to get hold of, but if you want to play online with the big dogs you’re going to have to get a handle on much more complicated moves, something I simply don’t have the patience to do when the controls are as clunky as they are. Dashing after an opponent and trying to smack them to death with your fists of fury requires way too many button combinations to be easily remembered, which is a real let down. Battles could have been much more fun and intuitive if the camera work and control scheme were better done. And don’t even ask about using motion controls in battles- that’s one trainwreck I don’t want to be a part of.

Dragon Ball Xenoverse shot for the sun and missed. Its ambition was high and its intentions were good but it simply doesn’t deliver on what should be a fantastic foray into a world a lot of people in my generation grew up with. Unless you’re a huge fan of the series, this is one that can be safely missed.