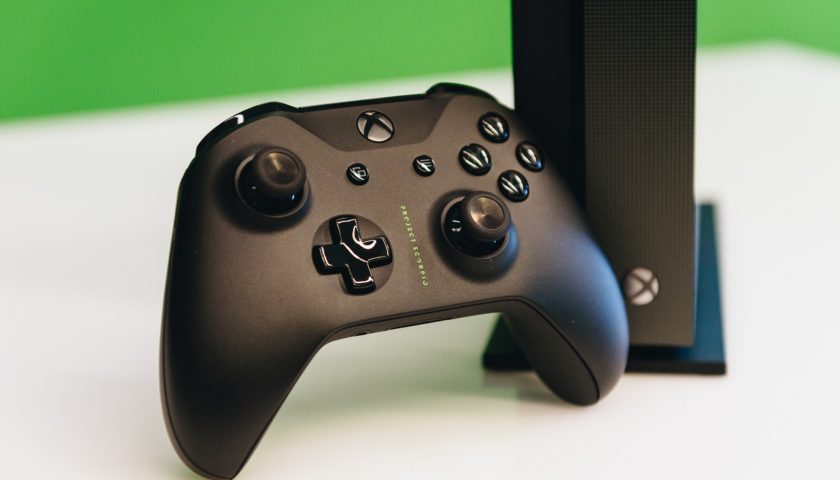 The Unseen Hands Guiding Your Controller

If you’re a console gamer (or even a certain type of PC gamer), you’re going to be familiar with control pads.

Be they the Sony PlayStation 4 controller with its iconic “shapes” buttons, the Xbox One’s sleek white design, or even the retro boxy classic stylings of the Super Nintendo Entertainment System, the controller is as much a part of the system as the hardware under the bonnet.

You may also have noticed how comfortable modern controllers feel in your hands – how the buttons are generally at just the right distance from your right thumb, how your left thumb doesn’t have to move awkwardly to manipulate the left joystick, and how your index fingers rest conveniently on “trigger”-type buttons at the front.

That’s no accident – a lot of research, work and time went into making them that way.

In fact, games console manufacturer Microsoft has an entire laboratory at their Seattle HQ devoted entirely to “Human factors” – in other words, designing controllers and accessories.

With Microsoft launching their flagship Xbox One X gaming console next month, the computing company is pulling out all the stops to make sure the console can be enjoyed by gamers of all ages, skills and abilities.

Dr. Gopal Gopal is the principal Human Factors Engineer at Microsoft and said making sure controllers and hardware were accessible to as many people as possible was a critical part of their mission.

“Look around, we’re all different. It has to work for everyone.

One of the ways this is done is by surveying sizeable sample groups to get an idea of the biometrics of a huge range of the population, including arm and hand length, size, shape and curvature.

People being scanned put their arm into advanced 3D scanners while holding a mockup of the controller being designed, while a computer draws a map of the results, giving the researchers an insight into just what’s going on when a player picks up a controller.

It’s not just hands, either – the lab is equipped with what the staff jokingly call “The Darth Vader Room” (on account of its shiny black exterior, not unlike the character’s iconic helmet). The room contains 36 hi-resolution Nikon cameras which can instantly photograph a person from every angle, with the data being fed into computers to create a 3D model which can be used to help with controller and accessory design.

Speed is important, too. Dr. Gopal said while previously it could take a few days for the computer to compile all the information to create a 3D model of a subject, the systems they used now could do it in the space of hours, meaning the information could be passed onto the design team who could in turn manufacture prototype mock-ups for testing or refinement overnight.

The results of the lab’s data are also turned into a range of mock-ups of head sizes and shapes (for designing headphones and headsets), as well as prototype controllers, giving the team a range of elements to work with as they design equipment that is accessible to 95 percent of users.

In addition to the 3D scanning technology, the Human Factors laboratory has a rather conventional appearing living room off in one corner, featuring a couch, a flat-screen TV, Xbox One X console, a coffee table, and some plants. Also, there are windows to the outside, just like in any other living room.

Pressing a button, however, blackout shades descend, plunging the living room into utter darkness, save for one thing: The glowing Xbox Nexus logo visible on the console and the controller.

Dr Gopal explained one of the important design elements was working out how to make the Nexus logo visible across a range of everyday light (or lack thereof) conditions, but without making it too distracting or too hard to see – as demonstrated when all 60,000 Lux of the room’s lights were turned on.

There’s one more part of the Human Factors Lab in Building 87 that is particularly interesting – The Quietest Room In The World.

This custom-built chamber has an ambient sound rating of -20 decibels; in practical terms, the room has no echo at all and is so quiet you can hear someone elses’ watch ticking on the other side of it; being inside with the lights off and the door closed is a surreal experience indeed.

Dr. Gopal said it wasn’t possible to get quieter than -23 decibels (the ambient sound rating of outer space) because at that point it was the sound of air particles moving, so the chamber was at “the edge of the limits of physics”.

Mounted on springs and built on a foundation separate from the rest of the building, the anechoic employs a unique design of Dr. Gopal’s in which ambient noise is almost completely eliminated through a combination of sound dampening fabric, acoustic engineering and specialist construction.

The ideal audio environment the room offers is ideal for testing sound aspects of Microsoft products, ranging from start-up chime sound effects to speakers to ensuring Cortana can understand human speech over background noise, providing the engineers with a rock-solid (well, actually spring-mounted) foundation to ensure that their readings are scientifically accurate, replicable, and the results create a product which works under a range of audio environments for the end user.

It’s not often there’s a chance to look behind the curtain and find out more about what goes into making gaming hardware – or how much science accompanies it – but the results certainly speak for themselves, even if we may not consciously realise it when we’re about to press the “start” button.

Royce Wilson travelled to Seattle as a guest of Microsoft