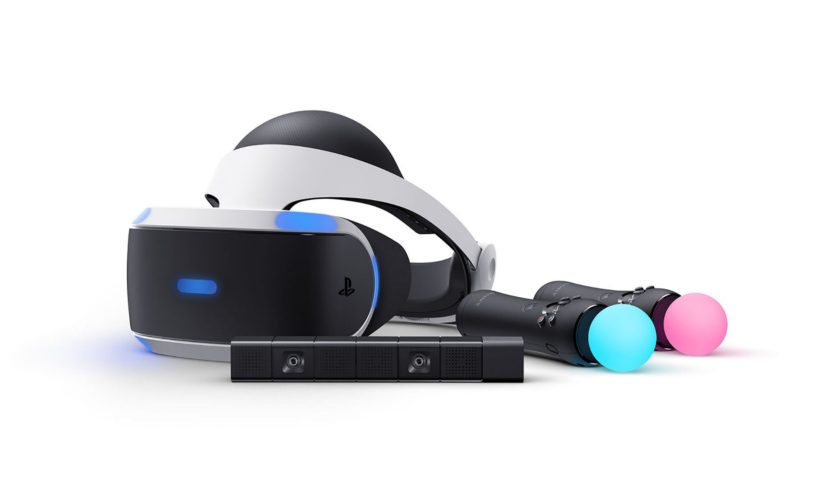 With any new hardware release there is always the worry that it won’t sell and as a result, the software dries up. Thankfully that seems like it won’t be a problem with the PS VR. It had a few quiet months this year, release-wise, but that looks to change very soon with a host of VR titles about to hit. You can have a look at all the 2017 releases below.

Each release in the Gran Turismo series becomes the new benchmark in realistic auto-racing games, and that bar is about to be raised – big time. With PS VR, you’ll feel like you’re in the driver’s seat, increasing the immersion to new heights. You can see racing in Gran Turismo Sport with PS VR here.

Stifled is a unique horror game where you can only reveal your surroundings by creating sound waves – either by throwing nearby objects or speaking into the headset’s built-in mic. Keep in mind, however, that any noise you make may also reveal your location to the grotesque creatures that are lurking in the darkness. You can see the microphone demo trailer here.

The Inpatient (available from 22 November 2017)

The premise is the stuff of nightmares: you’re a patient in the Sanatorium and suffering from amnesia, your main goal is to unearth your memories-to discover who you are and why you’re there. However, you’ll also reveal a conspiracy at the facility that complicates your efforts to get your life back. You can see the story trailer here.

Supermassive Games (Tumble VR, Until Dawn: Rush of Blood) is creating an intense first-person shooter for single player or online two player co-op. The setting is a fictional Eastern European city and after the president is assassinated, teamwork will be essential for you to survive. Bravo Team will make you feel like you’re in an action movie. You can see the reveal trailer here.

One of the most popular and ambitious open-world action RPGs ever made will now be even more immersive, thanks to a reimagining in PS VR. You’re the Dragonborn, and you’ll need to master swords and spells to survive the many threats you’ll encounter. Skyrim VR includes the critically acclaimed core game as well as the official add-ons: Dawnguard, Heathfire and Dragonborn, as well as multiple controller options. You can see the E3 gameplay trailer here.

One of E3 2017’s brightest stars was Quill, a young mouse who awakens an ancient magic and sets off on an epic journey to save her uncle. The world of Moss is a gorgeous expanse filled with myth and magic, but there’s little time to savour the view. You’ll need to explore your surroundings and literally manipulate the world as you do whatever you can to assist Quill on her adventure. You can see the reveal trailer here.

You’re the last known survivor of a demon attack on a Martian research facility. Well, you’re the last human survivor, and you’ll have plenty of opportunity to meet some of the other survivors. id Software’s classic franchise levels up to give players a fully immersive experience.

That’s not all, Sony has a big list of titles coming in 2018 including Golem, The American Dream, Torn and Xing: The Land Beyond. You can check out a full list of announced 2018 titles over at the Playstation blog.  So if you already own a PS VR things are looking up and if you are still on the fence about buying one these games may be just the enticement you need to splash out. Either way it is nice to know that Sony seems to be going all in with the PS VR support.