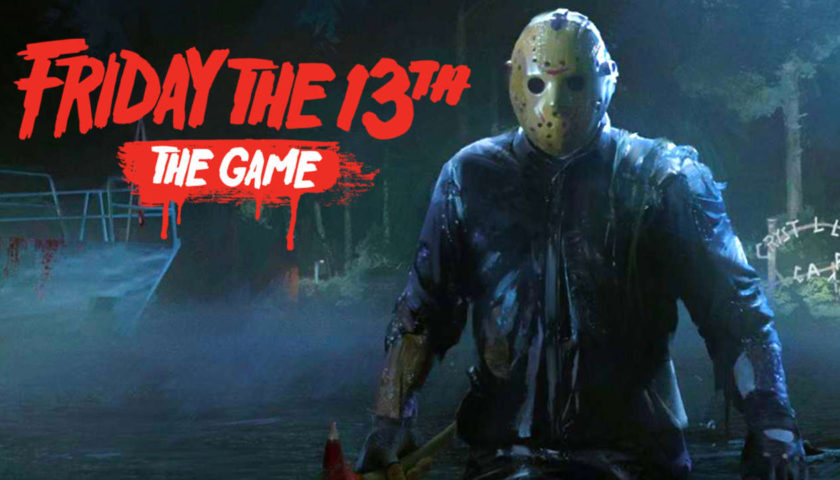 I must say that going into my time with Friday the 13th I didn’t possess the broadest knowledge of the subject matter. The game, which initially released digitally several months ago, is now coming to the retail space and as such, the time was right for a member of the P2 team to sit down and cast an eye over the game. When I was greeted with the code I was sceptical at first; how could I, this rookie of the Jason, and Friday the 13th franchise possibly keep track of all the game was trying to accomplish. Well my concerns were quickly allayed only minutes into playing the game….

While established fans of the franchise will undoubtedly lap up many of the touchstones present in this Friday the 13th adaptation, newbies such as myself won’t find themselves flustered due to the non-existent campaign mode and singular focus on competitive multiplayer. Omitting a single player campaign, meant that the one, especially large barrier of entry was removed for me. I understood the premise, and as it turns out, that’s all I needed. From that point, onwards it was all about Jason’s pursuit of the councillors, and that’s where the things heat up.

It doesn’t take much effort to get going; you want to take the time to customise your character you can do so from the main menu, though initially you won’t have the widest range of options available to you, and once you’re done it takes only moments to jump into a quick game where you’ll assume the role of either Jason or a Councillor and it’s open season from here. As a councillor, your job is to survive; you can collect small weapons to help defend yourself from an attacking Jason, whilst in the few moments you have to spare, regain your composure and plan your escape. I’d been a part of many attempts to restart cars for a quick escape, some were successful, others saw Jason arrive on the scene, rip me from one of the seats and kill me, mere seconds from the proverbial finish line. Whilst being largely incapable of defending yourself, smart players will be patient, they’ll skirt their way around the map slowly, not making much noise and slowly collecting the resources they need in order to execute on their escape plan – a hastier attempt is likely to end in failure with Jason possessing a few unique abilities that make tracking down a councillor an easier exercise.

As Jason, your goal is to kill each of the councillors and the more grotesque the better. Jason has heightened senses allowing him to triangulate the location of a councillor easily. Other temporary abilities grant Jason x-ray version, super speed as well as much more. In my first few matches as Jason I didn’t take advantage of these abilities as much as I could have, and it was a major reason why large numbers of councillors escaped, as I began to take more advantage of the tools at my disposal, that’s when I was met with greater success. It’ll take some time before you’ve explored and fully understood the many intricacies that Jason possesses, but regardless of your experience level, you’ll most certainly find yourself frustrated by Friday the 13th’s clunky, and at times imprecise controls and movement. Jason swings his axe like a kid having a crack at their first piñata, with the consequence often being a moment of respite for the councillors, whilst as a councillor, the fact that the control imprecision can lead to your inability to climb through a window will infuriate as it leads to a brutal death at the hands of Jason.

A game aims to make you feel something, joy, anger, and anywhere in between. Friday the 13th successfully evokes the sheer terror of being pursued by Jason, the stress and tension that his presence elicits, while on the flip-side there’s a sick, sadistic joy that comes from the thrill of the chase. Many tv and film series have failed to translate over to a gamepad, but Friday the 13th, despite numerous frustrating bugs (many of which are being ironed out weekly), manages to nail the feeling of the cat and mouse chase between Jason and a councillor, particularly as that chase reaches its climax. The game looks and sounds faithful to its source material, extracts numerous jump scares and kept me on edge throughout – the whole filmic experience in the palm of my hands. It’s not the most visually appealing game, but being set in the darkness of Crystal Lake and several other iconic locations means that Friday the 13th never really needs to be a stunner.

While not without its flaws, Friday the 13th is constantly adapting and evolving. The community continues to drive and influence the direction of this project, but the core hook has already captured the hearts of millions, it has mine and it promises to develop and improve further as the months and years roll on.