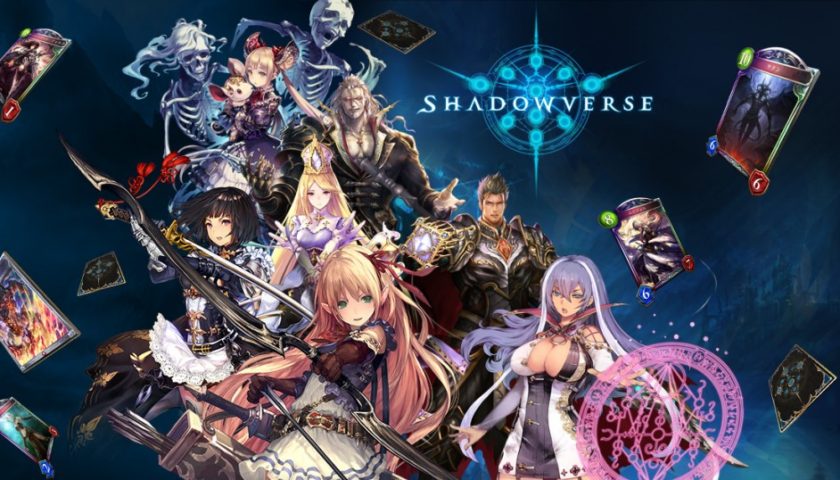 Every PAX I make it my mission to try something new, to venture out of my comfort zone. Last year I took on Tabletop gaming for the first time, which I might add was a huge success. This year I challenged myself with something that is arguably even more daunting. Something that has always rebuffed me whenever I have dabbled in the past. That something is a CCG and my point of entry, they amazingly successful Shadowverse.

Walking around the show floor at PAX, even with all the bright lights and obnoxious shoutcasters, it was impossible to miss the Shadowverse booth. Large, well lit and comfortable, people were gathering to see what this game was all about. While Shadowverst is a relatively new name on the scene here in Australia, in Japan this game rules the CCG roost. The game boasts over 12 million players in Japan alone and has gone on to earn ridiculous amounts of money since its release in July 2016. Now its creators Cygames are coming to the west to take on the juggernaut that is Hearthstone and do you know what? I think they might just have a chance.

While at the booth I managed to track down Dewi Tanner, Director of Western Operations for Cygames and he ran me through a match of Shadowverse. The first thing I noticed was the Anime aesthetic, which suited the action on screen. The art style was wonderful and all the cards were beautifully animated. Gameplay was what I expected, with turn-based, card battles the order of the day. There were some key differences to the formula with the ability to upgrade (or evolve as the game puts it) cards that have already been played to give them a boost or new special ability. Dewi, clearly a master player, showed me the ropes and encouraged me to get into the game and not be put off by the complicated mechanics of a CCG

I think for me the real advantage that Shadowverse has over its competitors is its accessibility. From my time on the show floor and my dabbling since, I have found Shadowverse to be a very welcoming game. When I first logged in I was gifted 10 card packs from every expansion (of which there were 6) so right off the bat I had a hefty amount of cards to play with. The game features a very easy to use deck editor that makes all the necessary information easy to see and it even has an auto-fill option if you are feeling lazy. The real kicker though, in my eyes at least, is there is over 50 hours of solo campaigning to play. This is a huge thing because where I have struggled with this genre in the past is being thrown into competitive play before I have even understood the systems. This campaign mode gives players access to different types of deck builds and educates people on how to use them. It was wonderful to play and improve as the game guided me towards mastering its systems, rewarding me the whole way. Speaking of rewards, while the game provides the ability to purchase cards and packs, so far I have found the game to be extremely generous in dishing out the loot, so much so that I think I will be pretty ok without spending a cent, even in the lower tier competitive matches.

In all Shadowverse impressed me, it has found its way to both my phone and my steam account and is a very entertaining way to pass the time. The simple fact that it is a welcoming CCG is a breath of fresh air and should be looked at by anyone who has felt the need to dip their toes into this complicated, yet rewarding genre of games. Whether sitting at your computer, or sitting on the toilet, Shadowverse is a great entry in the CCG genre and one that will keep players entertained for hundreds of hours to come.