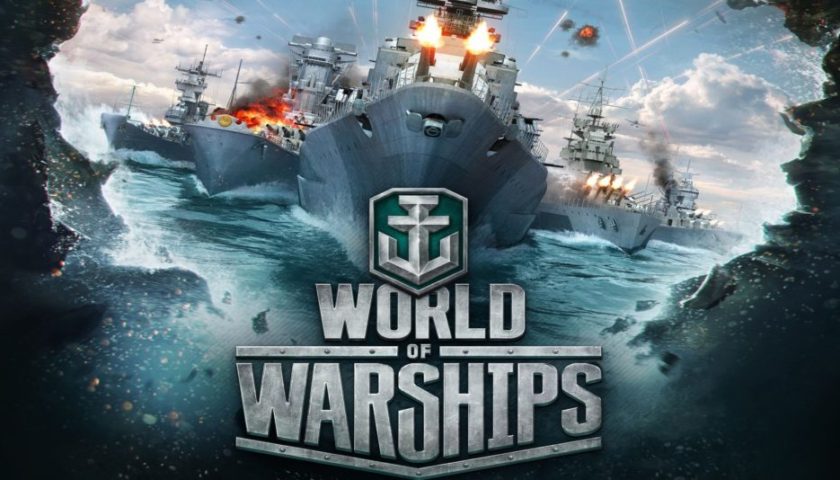 Getting History Right for Wargaming

HISTORY is a popular setting in video games as much as it is in film and TV – the past is a fascinating place, after all.

If you’re taking your history seriously in some of your games, as publishers such as Ubisoft and Wargaming do, it’s important to make sure you get all the details right – and there’s a lot of fans out there demanding accuracy and waiting to call you out if you get them wrong, so there’s an increasing focus on making sure history is represented realistically in games.

Wargaming, in particular, spend a lot of time on historical research for their popular free-to-play titles World of Tanks, World of Warships and World of Warplanes, and are well known for their real-life collaborations with military museums around the world including the Bovington Tank Museum in the UK.

With significant updates coming to World of Warships soon, including the addition of HMAS Vampire, Player2 took the opportunity to engage in some Q &A with Wargaming’s museums and militaria relations specialist Sergey Gornostaev and global publishing producer Artur Plociennik to find out more about what goes into researching the history and reproducing it accurately in a computer game.

How did you become a professional video game historian and why do you believe historians are incredibly important in gaming?

I graduated from the historical faculty, at Saint Petersburg University. I had a passion for historical video and tabletop games (wargames), which is why I thought it would be cool to accept Wargaming’s offer to become a historical consultant in a team of World of Warships developers.

As men in my family served in the Navy and Merchant Marine, it seemed right to me to become involved in Navy wargame project. While it took almost a year to understand how to work with video game developers and gain sufficient skill for project tasks, it was exactly the time I needed to establish contacts among naval enthusiasts and researchers, private collectors and with navy archives.

In regards to the importance of historians in gaming; I believe if you are willing to make a global gaming project targeting all major regions and your project is a history video game – you better have historical consultants in your team. This helps to not offend players with mistakes and inaccurate facts or subjective attitudes.

As an example, the way the Red Army was depicted in Company of Heroes 2 upset many players in the CIS (Russian Commonwealth) region and it’s fair to say the game would have been much more popular here had the developers put more emphasis on an accurate portrayal of that part of its content.

Having said that, we are not immune to the occasional mistake ourselves, even though we put a lot of emphasis on historical accuracy.

What does it take to work as a historian on a video game, including responsibilities and processes?

As we dig through hundreds of pieces of reference materials, a discerning eye must be used to choose the most valuable sources for ship reconstruction. This means that a specific knowledge of naval history, shipbuilding history as well as professional experience in archival work is required. These archival tours also often don’t last long, so it requires us to be fluent and efficient.

Additionally, when building from paper projects we must refer to our knowledge of that nation’s shipbuilding tendencies. With limited resources and archival materials, we infer as much as we can from technology that was available and used by that country’s navy at the time.

In terms of processes, we have yet to require special considerations or navigate push-back for our work. World of Warships brings a unique opportunity of an engaged audience, and governments are usually quite willing to promote their naval heritage.

We do however have to build a unique relationship with museums and naval archives. Before Wargaming, only professional military historians, either former Navy officers or civilians with academic degrees on the subject had access, with the odd TV or film crew.

We are the first of navy action game developers to use this approach and gather massive numbers of very detailed blueprints, photos and even textual materials. We’ve been able to leverage our experience and passion towards the subject to build a rapport with the archival staff as well as build friendships and gain respect as we display our knowledge. This really helps as development tempo is much higher than the pace of work in archives. Good relations help to negotiate on acceptable deadlines of digitising materials for us.

What are the tools and documents used to help recreate the ship in the game?

Our historical research starts with blueprints and historical photos. This is a backbone of each and every project on World of Warships warships. If a warship or its sister ship has survived and is maintained as a museum ship, we visit it with a team of artists. They take special technical photos of the hull and each ship’s superstructure to catch even the smallest details of how hull plates were bound, how the anchor system was organised and where were life rafts or fueling cables located – to name a few.

What are the challenges of recreating the HMAS Vampire (commissioned in 1917 and sunk in 1942 during WWII – not the one in Darling Harbour) – specifically as there are very few photos of the ship?

The most difficult thing is when you have to work only with photos. We had only a few photos of the Vampire and a blueprint of the same ship [class design]. At first glance, they were similar ships, but when examining them closer they were very different. Recreating the ship using only visual references, we have to study the few photos very carefully and thoroughly.

We sourced these materials from across Australia and even the UK. From the National Archives of Australia, and Imperial War Museums to the Royal Museums Greenwich (in the UK) we launched expeditions to secure as much reference material as possible, and this, of course, involved travel with teams of experts.

A positive to have come out from was the ability to digitise the collection – both saving the fragile paper plans, and having the digital collection delivered very quickly.

Another challenge when working on HMAS Vampire was the name of the ship – Vampire. It seemed to have a sort of presence and allure to it, that would often be distracting. We had to constantly control ourselves and say “No, it’s not a vampire, It’s not a fantasy. This is a real warship”. No artistic license was taken at the expense of accuracy.

What do you consider before putting a ship into the game and how do you choose a ship?

When working with museums we don’t just get information for one ship, but rather we try to secure everything they have if we think it can be included in the game. That means when considering what ship to include in the game, we have a lot to choose from.

We refine this by defining a set of traits that we are looking for in our next ship – like tier, class, nation and even what type of gameplay it will bring to World of Warships. Using this list, we see what references are available to us and which fit these traits and we built to it.

We must even consider variances between ships, as certain time periods bring variances to each ship, such as alternate armaments. For instance, the HMAS Warspite launched in 1913 before World War I. Serving until the end of the Second World War, Warspite went through a number of refits where new advancements of technology were made and implemented including aviation, surface warning and anti-aircraft systems.  When considering each ship to include in the game, we tend to show these innovations.

What is the process of getting a ship into the game – from research, to design, QA and launch?

The length of the process varies, the HMAS Vampire taking four months, and the Kaga taking up to eight.

The process starts with historical research, namely blueprints and historical photos. As mentioned, if a ship or its sister ship is still maintained, we prepare an excursion to collect our own sources and documents.

After studying these materials, we begin the design stage where the ship is 3D modelled.

Usually, it begins with the specialist of the Art QA department determining construction features, artists then work on the 3D model of the ship, and three QA art specialists continually check if it’s accordance to the historical prototype. The technical artist then makes the final superstructure and assembly as well as exports the model into the game. After that, Game Design gives the ship its gameplay characteristics and features, with its own QA steps, followed by a few weeks of non-public and public testing. Depending on the ship we can also follow this up with some launch fanfare, in-game and offline.