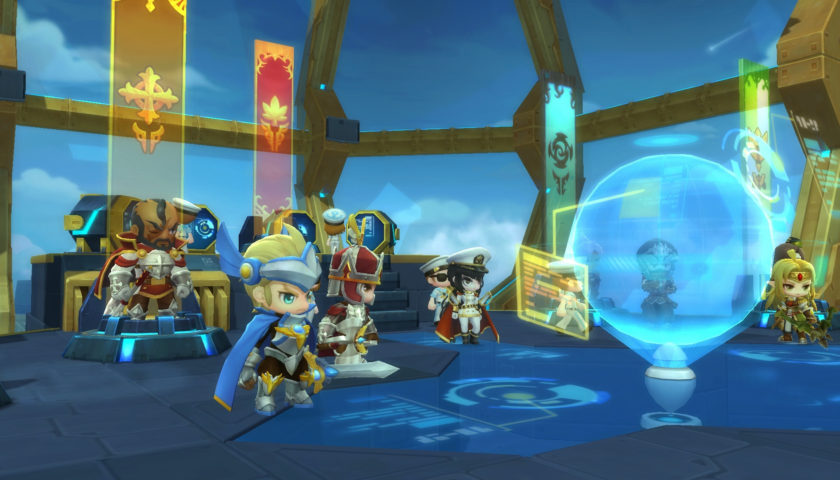 Evergreen MMO, Maple Story 2 is getting quite a significant upgrade over the next few months. This includes new areas, PvP and new classes. We have included the full press release below to make sure you are up-to-date on everything that is coming. To celebrate, we are giving away 5 MapleStory 2 Explorers packs. Head to the bottom of the post to enter.

The game’s new Soul Binder class is a hybrid magic damage dealer and healer who studies ancient magic taught only in the depths of the mysterious Halo Mountains. While her spellcasting power is still raw, players must train to tap into the devastating potential deep inside

A new area is also available with the Sky Fortress, a new staging ground warship that remains in the skies. Along with the new location, the Epic Quest continues with new Faction Missions assigned by the five factions who have gathered together including the honourable warriors of the Royal Guard, the agents of the Dark Wind, and the spiritual spellcasters of the Lumiknights. Each faction has its own shop, unique items, skins, chat bubbles, decorations, and more.

In addition, MapleStory 2 is introducing its PvP mode with the Maple Arena, a 1-on-1, best of three matchup between players to show off their skills and claim brand new PvP gear. Also, to bridge the gap for Maplers trying to reach the previously released Hard Chaos Raids, new Normal Chaos Raids have been added and Hard Adventure Dungeons have been adjusted to help players gear up properly for the ultimate challenge of Chaos Raids!

To celebrate the update, MapleStory 2 is hosting a Skybound Celebration event where Maplers level 10 and above who log-in during the first month of the update will receive 30 Elixirs, 30 Master Potions, and a Level Up Booster Ticket, which boosts combat, performance and fishing experience. Once players reached level 60, they will be able to claim additional items including a level-up potion which instantly boosts a character to level 50 and more epic rewards.

With the update, festive seasonal holiday events arrive to Maple World. Players can step into Merry Village and claim dozens of special prizes.