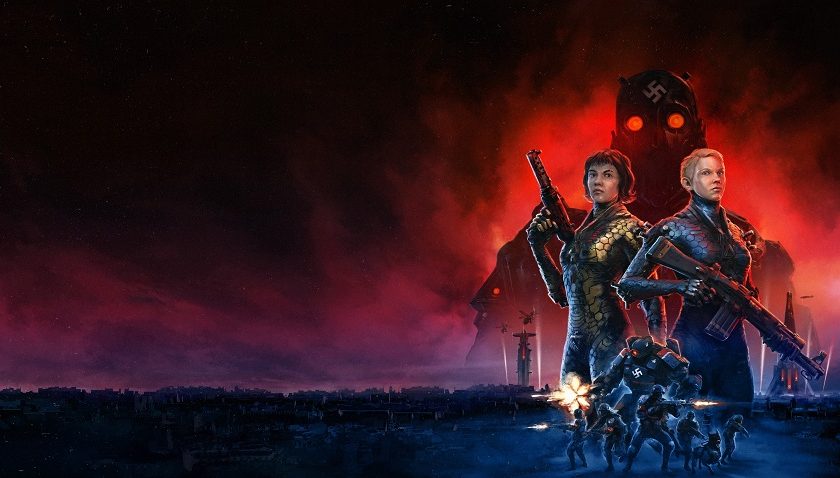 Perhaps this is saying something about me, but sometimes there’s nothing more cathartic than a violent video game, especially when the particular type of violence that game deals in is Nazi killin’. In the case of Wolfenstein: Youngblood, there’s plenty of that to go around, but not in the boots of B.J Blazkowicz–aka Terror Billy–but rather as one of his two daughters, Jessie or Sophia, in this co-op first-person shooter. Although Youngblood tries a lot of new things for the series in terms of its structure, it never really finds its feet. Combat doesn’t flow, and the light and floaty movement often made me feel so motion sick I had to stop playing for several hours at a time. And while the implications it has for the series moving forward are fascinating, the story it tells falls short of encapsulating what made the prior games so compelling, which is its biggest disappointment. And yet, I can’t hate Wolfenstein: Youngblood. Instead, I find it leaves me feeling wholly ambivalent to its existence, which is a far cry from the over-the-top antics of the series last game, The New Colossus.

Just like their dear old Dad, Jess and Soph Blazkowicz, along with friend Abby–daughter of Grace, one of the families trusted confidants from Wolfenstein 2–thrust themselves deep into the path of the Fourth Reich in search of B.J, who’s gone missing. Being an entirely co-op experience, after selecting which of the sisters you want to play as, you can choose whether to play online with another person or just with the AI. The AI partner is mostly competent except for a few issues, like not always reviving you after you go down or being particularly helpful with the boss battles. Much of the game uses doors or items which require two people to access, and the AI is always there to help with this, which is more than can be said for some random players online, whom if there’s no communication between the two of you can make for an intensely frustrating experience.

As characters go, Jess and Soph are a pair of massively goofy nerds, riffing on each other at any opportunity and often sharing quips touching on their home life, all while throwing around ’80s vernacular that feels ripped directly from a Bill & Ted film. Their goofiness is a part of their charm, as is their clear, sisterly bond with each other. This not only comes out through their sometimes ridiculous dialogue but also mechanically through the pep system, which lets you recharge your partner’s health or armour, depending on which choice you made at the very beginning of the game. And it gets a lot of use too, making for a useful tool to get out of the many tights spots you and your co-op partner will find yourselves in.

The trail to B.J leads the girls to New Paris, which is still under the oppressive grip of Nazi rule, and to the home of the French Resistance, the Paris Catacombs. The catacombs serve as the main hub where you collect missions and talk to characters before heading out into the occupied spaces. Structurally, Youngblood feels different in this respect, as you take on missions in an almost Destiny-like way of completing several objectives each time you’re out in one of the open-world spaces before returning to the hub. I don’t mind this approach as the more time spent out in the open-world areas, the better. None of the characters in the Catacombs are particularly memorable or interesting, instead acting as glorified conduits to earning XP and silver coins used for weapon upgrades.

Wolfenstein: Youngblood uses an XP system to level up your character as they get more and more proficient in the art of Nazi killin’. Enemies have levels too, meaning access to some areas are gated off until you’re a high enough level to be able to deal out and withstand the sort of damage you need to in order to make a dent. Though while some see this as grindy progression comes quickly enough that, unless you wander into an area that’s well beyond your current level, it never feels like you’re banging your head against a wall in terms of getting stronger and opening up new abilities, like a charge attack or a quick stealth cloak.

The open-world areas, while all similarly bleak and grey looking, are littered with the hallmark signs of a violent occupying force wreaking havoc on a historic city. But while they aren’t much to look at visually, they feel wonderful to explore with all manner of nooks and crannies to explore, and hidden paths to find. Similarly, while I’m not a fan of using collectables to reward exploration, the abundance of things to find in Youngblood means that often you’ll stumble across something interesting when you poke around its many corners. The collectables themselves are a bit of fun, like the Aryan interpretations of 80’s synth-pop found in many of the game’s cassette tapes.

The combat overall is a bit of a different story though. Despite looking big and burly, the most common weapons feel remarkably meek and subdued. Even the heavier weapons don’t feel as effective as they could, and this mostly comes down to how you cut through enemy armour. Enemies carry two types of armour, light and heavy, and each weapon is specifically good at cutting through one type but not the other. While this can force you to use an assortment of different weapons to take down different enemies, it’s more frustrating than anything else; unloading a full shotgun clip on a lower level enemy and seeing their shield bars barely move just kills any momentum in the combat dead, as does having to change weapons multiple times during a firefight.

You can use silver coins earned from completing missions, killing enemies or simply found throughout the world to upgrade your weapon with new parts, but even this doesn’t feel like it makes an impact on how the combat can play out. You can also increase your mastery with a weapon depending on the number of kills you get with it, which increases its overall damage, but similarly, this feels like a concession to dealing with bullet sponge enemies, rather than helping you feel powerful in the face of an overwhelming enemy.

Boss battles, of which there are several, are some of the most frustrating I’ve played in recent times. Poor checkpointing can mean having to repeat huge sections of gameplay, and without going into too much detail, the final boss lacks any impact whatsoever, instead really driving home the core frustrations with the game’s combat. The ‘twist’ in the lead up to the final section is so brightly signposted that a bat could see it coming, and the rest of it just falls flat from there. The one bright spark is that the story carries some implications moving forward to Wolfenstein 3 that could be really fascinating.

Story implications aside, Wolfenstein: Youngblood is a pretty rough ride that takes two steps back for every step it takes forward. I certainly don’t hate it; I like the sisters as characters and the naive way they throw themselves against the Nazi juggernaut, but almost everything else story-wise falls completely short of the rest of the series. While structurally it does something new for the Wolf games, the way it doles out missions feels lifeless and uninspired. And despite the level design being fantastic, the movement and lack of field of view controls on console meant that I had to seriously cap my playtime to not keel over from motion sickness. This is really only one for the fans, but even then there’s a good chance they’ll walk away disappointed.