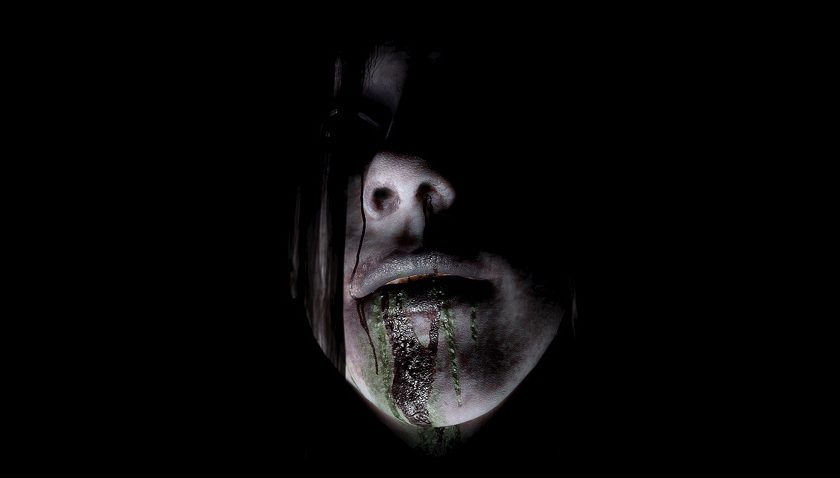 Infliction: Extended Cut – A Scary Time in an Overused Trope

Full disclosure: I’m a coward. I thought I could play this game, for two reasons:

1) it’s not nice to admit that you’re a coward, and denial feels amazing

2) I thought that, with the support of loved ones who would not judge me, I could climb any mountain and ford any stream, and surely no game could be scary enough to defeat me, an adult woman

So, that was a nice idea. What actually happened was that I spent most of the game sitting bravely next to my partner’s younger sister while she physically held the controller and followed instructions. For her, I will be forever grateful, because this is one hell of a scary game. The spook factor of Infliction, particularly in this, the extended cut, with extended spook, is high. But it achieves that maximum spook by relying on some tired and somewhat problematic tropes that made the experience feel too familiar and, at times, too uncomfortable. And not the spooky kind of discomfort.

It’s a dark and stormy night when the protagonist, who you soon find out is called Gary, is tasked with collecting the plane tickets his wife left at home. Despite being almost a prologue, this pre-fright, pre-haunting part of the game was the most enjoyable, as it allowed the player (me, a big old coward) to explore a slightly creepy empty house without too much tangible threat. It’s here that the attention to detail that this game has to offer is most easily appreciated, and here that the Gone Home-Esque eeriness of the location shines. It’s clear that there is – or was – once a happy family living in this place, but classic audio cues and tricks of lighting inspire a gentle sense of unease in venturing through it. Technically, the scariest thing about this section is that there are so many unwashed plates (why does nobody in these games ever do the dishes?) but it’s unsettling.

And then all hell breaks loose, and the feeling of being unsettled becomes a nice memory, making way for general abject terror. The spooky bits and pieces you discovered throughout the journey become horrifying signs of murder and sacrifice, and your goal quickly changes from ‘get the plane tickets’ to ‘get the hell out of Dodge’. From there, the true heartbreaking story of what went on in this house unfolds, and you soon find out that you’re trying to escape more than just the premises – it goes much deeper than that. The problem for me was that the more I found out about this protagonist, the less I wanted to save him, and the less I wanted to save him, the more disconnected I became from the game in general. I didn’t need to unravel more of the story, because once the ‘twist’ was revealed, I knew all I needed to know about this guy to know that I didn’t need his excuses. I didn’t really want him to escape. If I was a spirit, I’d probably haunt him too, and when you’ve reached a point where you’re empathising more with the jaw-dislocating ghosts, you know things are in a bad way.

The game suggests that there are ways to avoid being gruesomely murdered by the spirit chasing you, but it never really felt worth the effort – and that was only partly because a big part of me didn’t care if old mate Gary met his maker. Attacks are infrequent, particularly at first, and you’ll usually be warned that they’re coming – if the sound doesn’t cut out. Occasionally malfunctioning audio meant that often the atmospheric sounds weren’t present, which for me as a big baby was a great thing – removing the sound means removing a lot of the fear. But even when you don’t avoid the attack, and you are murdered in one of many innovative ways, you just respawn, often with very little progress lost. The ghost is horror genre gold and very creepy, but it was so much easier just to let her get me that I soon became desensitized. Me, a human chicken. Some location changes helped to bring back that atmospheric eeriness and to remove some of the predictability of when you’d be attacked, but with them came other issues. And by that I mean, we need to talk about the asylum.

Many of the themes of this game, as it unfolded, already tended towards victim-blaming and relationships with mental illness that were… complicated, to put it nicely. Taking those themes and then including an asylum setting in your horror game – which is already a questionable thing to do – made my discomfort levels skyrocket. It might be because I come from a psychology background, and I’m particularly sensitive to this trope, but in my opinion, we need to do better. Places, where you go to seek help for problems with mental health, are not scary, and they shouldn’t be portrayed as such. It’s lazy and has real-world consequences for people’s likelihood to seek help, and it perpetuates outdated stigmas. There are other ways to invoke fear, and while this game found a lot of them, they were outnumbered by the tired ones.

But, in saying all that, it is scary. It’s a feat that this solo developer managed to create a horror game that instils this real fear, I only wish that they’d done so without the reliance on outdated and uncomfortable tropes and had strived for a little more innovation. The game looks great, plays well, and includes a lot of cool references to other games in its genre and beyond – but it left me with a bad taste in my mouth. It did have a satisfying ending, though and with the extended cut comes a bit more clarity in the story and some cool DVD-style extras.

Infliction: Extended Cut was reviewed on an XBOX One with code kindly supplied by Blowfish Studios