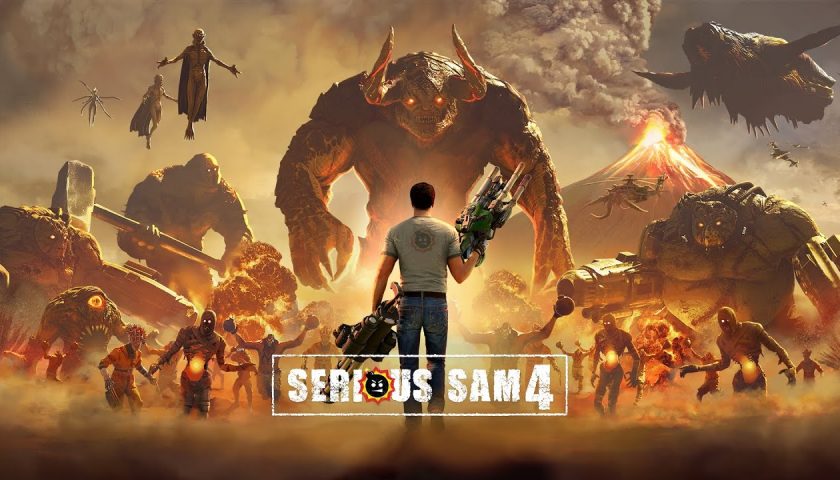 Do you love SERIOUS mayhem and SERIOUS destruction? If yes, here’s some SERIOUS good news. Serious Sam 4 is set to bust its way onto Steam and Google Stadia in August this year, bringing with it a horde of new features. And enemies. There are also going to be hordes of those too.

For fans of the series, the new release date trailer takes a cinematic approach and promises more of the chaos that players are used to on a grander scale. But if you’re new to the series, never fear – now’s the time to throw yourself into the fray. A Steam event held by Croteam and Devolver Digital is currently celebrating the impending launch with some heavy discounts on previous titles, offering up to 90% off everything you need to get yourself acquainted (or reacquainted) with what the series is all about.

As part of the event, you can also check out some short videos from the developers that give a sneak peek into the new features that they hope will enhance the series. More weapons and big finishing moves! More enemies at once! More chaos! More drums! (And a hint: these things are all also SERIOUS). There is some definite bloodshed to be seen here, whether it be by way of minigun, a chainsaw launcher, the brand new auto shotgun or the lock-on rocket launcher, and you can experience it all with up to four friends in online co-op mode.

You can pre-order Serious Sam 4 now on Steam and earn yourself a Classic Tommy Gun Weapon Skin, or add it to your wishlist ahead of its August release to get ready for the action.