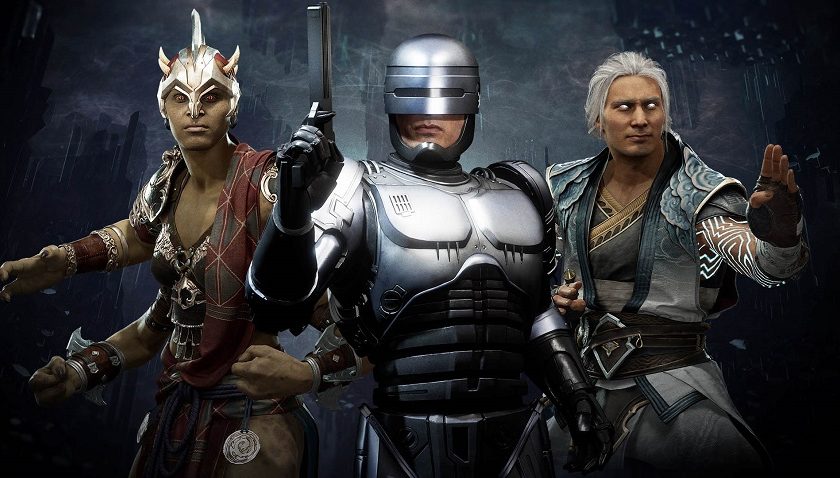 The Greatest Cyborgs Ever Kompete in Mortal Kombat

Who needs statue homages to the greatest humanoid mechanical fighters of our time when you can have them immortalised in glorious battle with each other … and Shang Tsung?

Warner Bros. Interactive Entertainment and NetherRealm Studios are preparing for the imminent release of Mortal Kombat 11: Aftermath on 26 May, expanding the original game with new characters, stages, and finishing moves for the roster.

While staying faithful to the original Robocop (featuring the voice and likeness of actor Peter Weller, who portrayed the character in “RoboCop” and “RoboCop 2”), NetherRealm curiously decided to go with the Terminator model from the “Terminator: Dark Fate” film. In either case, it results in a curious engagement between two cybernetic heroes, who even meta their original encounter in 1993’s RoboCop Versus The Terminator.

In order to get both characters in your roster, players will need to be sure to have the original game, Kombat Pack, and Aftermath expansion. You can grab the expansion and Kombat Pack separately if you already have the base game, or new players can get a hold of Mortal Kombat 11: Aftermath Kollection with all of the content. And for some extra goodies, preorders are guaranteed to receive the Eternal Klash Skin Pack at launch, featuring three new character skin variants – “Unbound Rage” Scorpion inspired by Mortal Kombat (2011), “Son of Arctika” Sub-Zero inspired by Mortal Kombat: Deception and “Kori Power” Frost, a Klassic version of the Lin Kuei warrior.

That’s a whole lot of kontent to unpack and play with, and NetherRealm Studios have you covered with all of the trailers, roster, and details at www.mortalkombat.com.