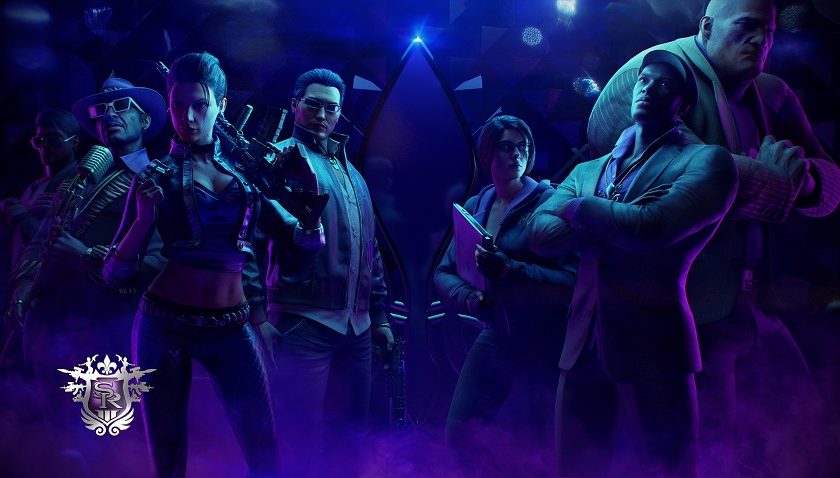 The Third Street Saints, a long-lasting institution and integral part of my personal gaming history. Saint’s Row was one of the first titles I bought on the 360. Saints 2 has been completed on both my PC and Xbox numerous times.  I reviewed Saints 4 when it was released and Gat out of Hell was the very first review to feature on Player 2. What about Saints 3 I hear you ask? Well, I reviewed that on its release too. Saints 3 marked the point when the developers fully embraced the insanity and stopped trying to copy GTA, becoming its own weird and wacky thing in the process. I loved it, despite it crossing the line with its humour on occasion, and it was one of my favourite games of the year. Fast forward to today and we now have a fancy remastered version to sink our teeth into. The only question I have is, after all these years, does my love for purple wearing gangsters still hold true or with the coming of grey hairs, have I moved on?

Well, the answer sits somewhere in between. There is no doubt I got some joy from diving back into Saints Row 3. The absurdity still makes me giggle, the activities are a blast and the story missions are just so ridiculous that it is impossible not to have a good time. There was, however, an overriding feeling that this was a game that has dated. When the game was first released, I felt the humour stepped across the line of good taste on occasion, but now I feel that even those jokes that didn’t cross the line have, in a lot of respects, dated poorly. Especially the sections involving Zimos, the most annoying character in Saints history (and one that was thankfully killed off in Saints 4). Zimos is the Saint’s “pimp” character and frankly, his whole arc is no longer just bad taste, but outright offensive in many ways. It feels much like watching a raunchy comedy from the ’80s or ’90s, there were things said that are just not on in modern society. Call me crazy, but I feel like we are better than that now. The funny thing is that I recently played Saints Row 4 and while it includes (a lot of) sexual humour, it is significantly more inclusive and much less misogynistic, so clearly the developers felt the same of Saints 3 when designing the sequel.

Now that is off my chest, I am more than pleased to say the gameplay and trademark over-the-top gangster aesthetic is still a blast. A lot of the self-referential humour is still funny and the is a general feeling that the developers just want you to go out and tear the place up. Like a cross between The Naked Gun and New Jack City, Saints Row 3 embraces the absurd and is better for it. Missions include driving around the city with a tiger as a passenger to build courage, diving through a crashing aeroplane, being sucked into a virtual world and getting turned into a toilet and even taking down a SHEILDesque helicarrier. Oh and the final mission is just wonderful, I won’t spoil it for you but you will never think of Bonnie Tyler’s classic track, Holding out for a Hero in the same way again.

As for the remaster itself, this is a nice update to the old game. All the graphics have had a good spruce up and unlike a lot of remasters, the cutscenes have all be improved and upgraded. The most impressive part of the update however is the new lighting and weather. Honestly, it is some really impressive stuff especially as it has been added into what is a now a 9-year-old game. The enemy and character models have all had a much-needed coat of paint as well, bringing it more in line with a modern title. This is one of the better remasters I have seen from a graphical standpoint.

The game comes with all of the original Saint’s 3 music too, which is nice, especially as Saint’s Row 3 was one of the last times that I can remember a game having a heavy metal music station (Sleeping Dogs was the last that I know of) so it is great that the devs have gone to the effort of re-licensing all the tracks. There is also the full gamut of DLC included, from simple new vehicles and outfits to some quite meaty additional missions, each more outlandish than the last. So there is more than enough to keep even the speediest player busy with luchadores, swingers clubs and neon blue hackers for some time to come.

With Saints Row 3: Remastered you get the best version of a game that is starting to feel a little long in the tooth. The world is a different place from when the game was released and as a result, some of the humour is downright off. That being said, there is still a lot of fun here, it is just clear that a new Saints game is needed and not one that is stuck in the past, else we are not far from seeing the Third Street Saints slip into obscurity. That would be a shame, because I honestly think there is a place for this sort of Adult based insanity in gaming. Hopefully Saints 5 brings The Boss, Pierce, Johnny and Shaundi into the modern-day and not leaving them reliving past hits for much longer.