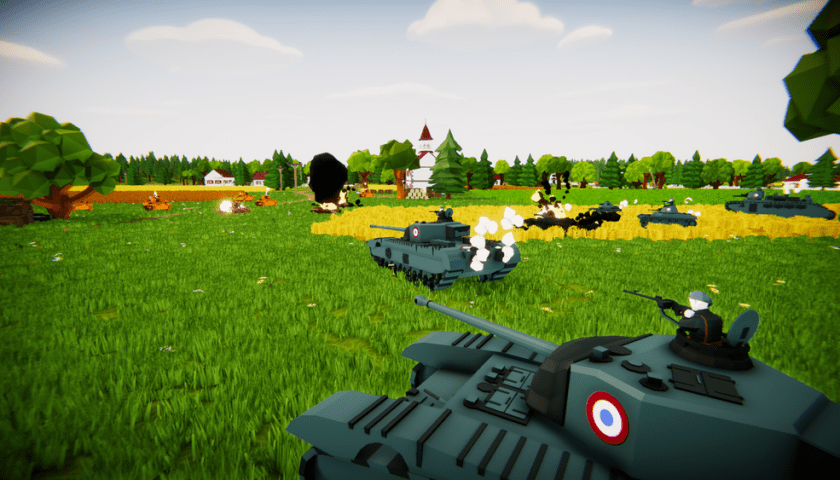 Tanks and Physics – A Match Made In Heaven

505 Games are pumping out more releases for April/May with Total Tank Simulator hitting PCs on Steam today, developed by Noobz from Poland.

I have to be honest – I opened this trailer and I immediately thought of the graphics from another physics game, Totally Accurate Battle Simulator. While I anticipate this was not the response that Noobz from Poland were aiming for, it was enough to pique my interest on what else may be hiding in this particular physics game.

We still have the “sit back and enjoy a bowl of popcorn” element of the battle simulator here, or you can choose to order your units a bit more proactively or even control individual units for more front-line gameplay. There is the promise and intrigue of some rather ludicrous units as well (apparently some trained animals and time travel? Who knows!).

Noobz from Poland have included some other fun battle modes for replay value. Players can choose to work through the campaign (choosing a faction and essentially recreating WW2) or create some scenarios in Sandbox Mode, with over 200 units and 50 completely destructible maps. In addition, we also have an interesting Shadow Mode in play – a survival mode where players face off against your previous successful armies and which I am sure will not intimidate anyone ever.

If this game has caught your interest, there is a 10%-off launch discount available until 28 May 2020.