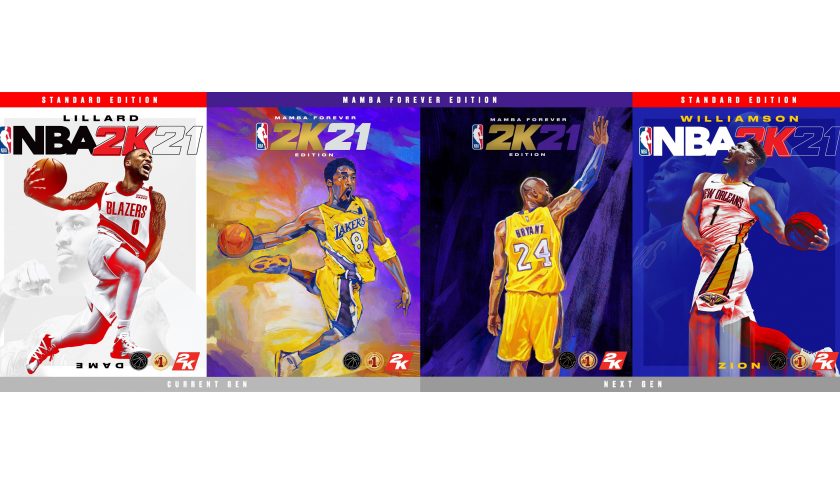 NBA 2K21 Brings a Host of Covers and Prices

Alright baller fans, it is that time of year when we get to find who is gracing the cover of the worlds best (and only at this point) basketball sim. 2K have announced who will grace the cover of NBA2K21 and in a move that probably shouldn’t surprise anyone, there is more than one cover star.

Stay with me here, things may get a little confusing. For the Xbox One, PS4 and Switch version of the game (which releases on September 4) Traiblazers’ ace Damian Lillard will grace the cover. For the brand new, built-from-the-ground-up next-gen version of the game, coming at launch for both the PS5 and Xbox Series X, Rookie sensation Zion Williamson with be the man in the spotlight. It is important to note that unlike a lot of other titles releasing this year, NBA2K21 is a separate release on the next-gen systems and won’t offer smart delivery or a similar upgrade path for owners of the current-gen version.

Unless, that is, you buy the Legendary Edition, which is a tribute to the late, great Kobe Bryant, one of the best players to ever grace the court. Kobe is featured prominently in this edition, with two different covers for the two different versions. This version does include a free upgrade to next-gen, along with a host of in-game rewards like bonus VC and the like.

Prices for these different versions have also been set, with the RRP for current-gen set at $99 AUD, for next gen at $109 AUD and for the Legendary Edition at $149 AUD. Of course, this is just RRP, expect places like JB Hi Fi to have on sale for a cheaper price around launch. I get the feeling that many NBA fans, like myself, will be waiting for the next-gen version to hit, but it is nice to see that people who aren’t upgrading straight away will be well catered for and not forgotten in the rush towards new systems.