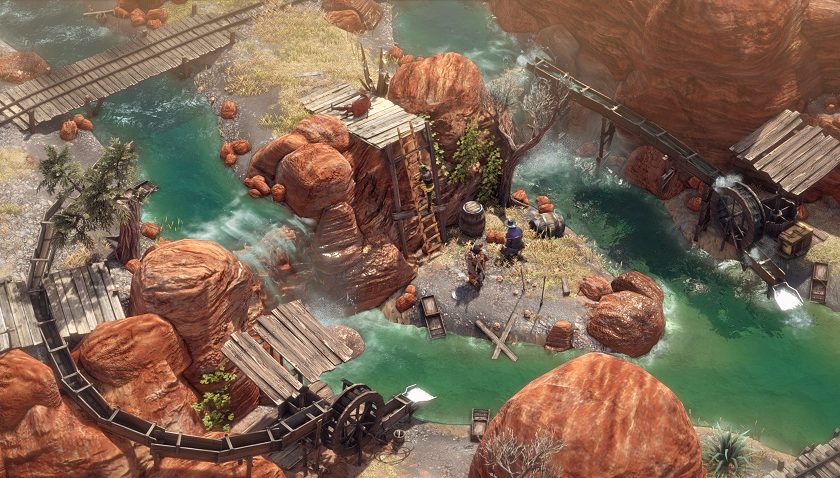 For those who couldn’t get enough Desperados III after its release (like Player 2’s Adam Rorke, whose review you can read here), there’s some good news. The game’s first DLC of the season pass is now here, and it brings with it a whole new mission set well after the events of the main game. The mission is titled “Money for the Vultures – Part 1. Late to the Party” (a long title, but it paints a vivid picture) and it will gather the game’s crew back together as they search for Vincent DeVitt’s secret riches. There promises to be plenty of secrets, including the exploration of a mysterious vault, and some judgement calls to be made around enigmatic character Rosie from Baton Rouge, and whether or not she can be trusted. I for one certainly think this is a world where all the treasure hunters and bloodthirsty looters are otherwise upstanding citizens, so I’m not sure why we’d be questioning her.

Alongside the DLC comes a free update for all, which adds another Baron’s challenge to those that dare accept it. It will have players taking control of a skilled-up Cooper, who has finally mastered his knife-throwing skills, as he fights his way through Devil’s Canyon to fight his nemesis. Has he mastered those skills enough to land a fatal hit? Time (and playing the challenge in this update) will tell.

The new patch update will also allow players on Mac or Linux to properly join the fun, with full support added for both systems on Steam. So, with new DLC in play, along with some extra challenges, now is the perfect time to check out Desperados III on PC, Xbox One or PS4, with the season pass available separately. You can also check out the trailer for the new content here: