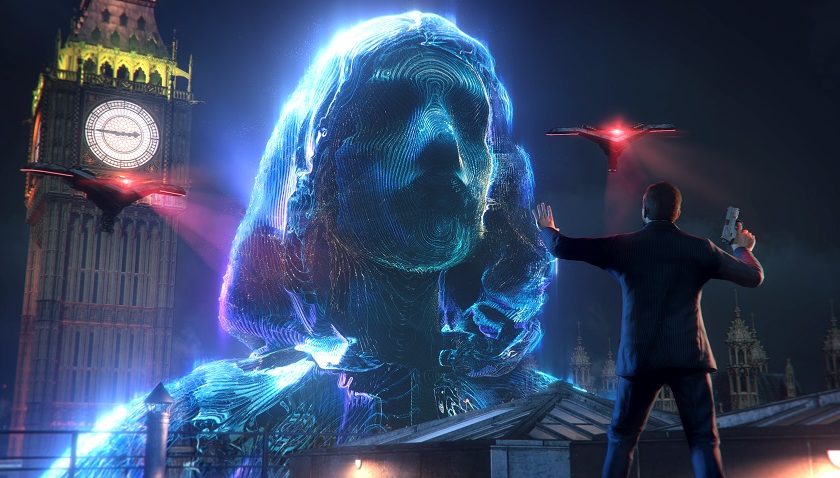 Ahead of release in a few weeks, Ubisoft has released a story trailer showing how merry old London came to be brought down.  After many bombs are set off by Zero Day, a mysterious entity who placed the blame squarely on the shoulders of DedSec, London has fallen into a repressive state.  Between the criminal underworld and opportunistic mercenary groups, London has been changed into a whole different city and it will need a new breed of DedSec members to help liberate it.

Ubisoft also announced the planned roadmap of content coming to Watch Dogs: Legion in the not too distant future, including online modes players can expect December 3rd.  Of the four modes that have been announced, three of them involve co-operative play with others, whether it be side-activities, missions that use co-op gameplay mechanics that allow players to build the perfect team, and four-player Tactical Ops missions that will require efficiency and teamwork to complete.  For those that like their multi-player a little more PvP, Spiderbot Arena pits four to eight players in a high-intensity deathmatch using, you guessed it, armed robot spiders.

Ubisoft has also announced the release of free content for the single-player mode at some point in 2021.  While we don’t have too much detail, the update will apparently include new missions, new characters with new abilities that can be recruited and a New Game Plus mode for those who may have already finished the game by then.

Finally just a quick word on the Season Pass, which will give owners access to Watch Dogs: Legion – Bloodline, a storyline which includes Aiden Pearce and Wrench from the previous games, allowing the player to use them in both the single-player campaign and online, along with a member of the Assassins Order and a human test subject with mind control powers.  Of course, there will be extra DedSec missions added and owners will also receive the original Watch Dogs Complete Edition.

The battle to free London kicks off October 29th on Xbox One, PS4 and PC, with next-gen upgrades on offer for free upon launch of Xbox Series X/S and PS5.